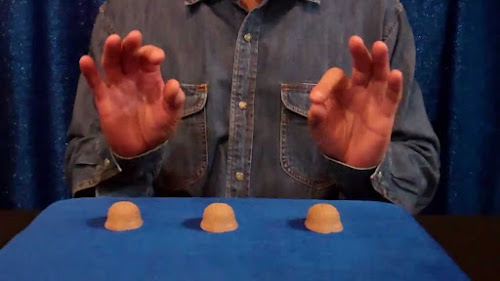 In the name of Christ, our Savior.  Amen.

I’m sure it will come as a surprise to no one who has actually been paying attention to the world these past… say… 2,000 years – but being a Christian doesn’t make you perfect.  This is one of the great cons of human history – the propagation of the idea that Christians can or should be perfect.

It’s a con on people outside the church because it lifts up this unattainable ideal.  I can’t tell you how many times I’ve encountered people who have rejected the church, because its members were hypocritical.  And “hypocritical” here is really too vague, even.  The complaint is that too often, those who bear the label “Christian” will profess holy things – and even judge people who don’t live up to their professions – but then live decidedly unholy lives, and support unholy causes.

We’ve seen it in the news just these past couple of weeks.  One of the clearest, most irrefutable commandments of the Christina message is to love.  Love your neighbors as yourself.  But people claiming to be acting in the name of Christianity have raised hundreds of thousands of dollars to support the underage man who traveled across state lines with an illegal weapon to hunt down and kill people he didn’t like.  That’s just not Christian.  No matter how you slice it.  But people have been defending him under the heading of being “Christian”.  It’s no wonder we’re so often seen as hypocrites.

But the con of “Christian perfection” isn’t just on the “public” – the con is even on us.  Many Christians have come to believe that they are actually holier than others because they are Christian.  What follows is a firm conviction that anything they think or do is holy, too.  So, to challenge any of their beliefs or actions is more than just a challenge to some random thing, but a challenge to their very faith – a challenge to the basis of how they see the world.  Perhaps even a challenge to God – at least as far as they understand God.  So the con of Christian perfection even sometimes keeps us from really, deeply engaging with the sort of personal discernment and self-evaluation that the Christian community continually calls us into.

It’s a con, all around.  And the Gospel lesson today reminds us that perfection has never been an identifying factor of Christians.  It’s certainly a goal – an ideal, even.  But members of this community – and even whole communities within us – have been falling short from the very beginning.

So we get this handy little system for addressing problems in the community – passed down from Jesus and the leaders of the church through thousands of years.  And even so, we have a hard time actually using it.

The basis of the system is pretty simple – address problems head on.  Don’t try to manipulate communities with political backstabbing.  Don’t gossip behind each other’s backs to try to get people on your side.  Just talk it out.  And if that doesn’t work, test the conflict in community – have others with you when you try to address a problem head on to keep yourself honest.  Are you conveying your concerns faithfully?  Are you understanding the person’s rejection of your concerns fairly?  And if that still doesn’t bring resolution, broaden your search for the community’s guidance – because we make better decisions and reach more faithful conclusions in community than any of us do alone.

Christians, on our own, are almost never perfect.  But we come closer to it when we stick together and try to build each other up.  We’re actually working against Christian values when we try to tear each other down.