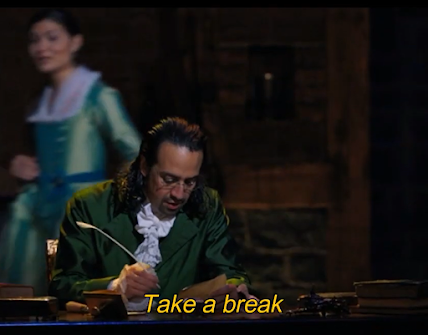 I’m almost never one to go about quoting theologians in sermons.  I know when that starts and I’m in the pews, my eyes tend to glaze over.  But I recently read the words of a British theologian that I think are worth sharing.  Hopefully her words won’t cause your eyes to glaze over!  Her name is Joy Clarkson, and she said:

“This is your gentle reminder that one time in the Bible, Elijah was like, ‘God I’m so mad!  I want to die!’  So God said, ‘Here’s some food.  [and] Why don’t you have a nap?’  So Elijah slept and ate, and then he decided things weren’t so bad.  [So the gentle reminder is this:] Never underestimate the spiritual power of a nap and a snack.”

That’s a very loose paraphrase of a story that’s told in 1 Kings, but the message is one we could all stand to hear.  Sometimes the work God has called us to can feel like too much; despite its incredible and deep value, there are times when we need to step away, to rest and refresh ourselves so we’ll be ready to return.

But for most of us, rest and refreshment don’t tend to come naturally.  We try to push ourselves farther, and we try to work ourselves longer, and we try to produce more than we have before.  I know what it’s like.  Sometimes, I can tell that I’m at the end of my rope, but I keep driving myself to go a little more – to do a little more.  I convince myself, “If I just do this one more thing, then I’ll be that much closer to my goal.”  And I’ll keep driving myself along those lines until the goal is met.

So even though it’s not always the easiest thing to do, it’s important to remember that taking care of ourselves – getting the rest we need and the refreshment we need – those are spiritual exercises.  It’s no accident that Sabbath was built into the story of our creation, and that it appeared again in the ten commandments.  And it’s no accident that the spiritual value of rest often figures prominently in the teachings of Jesus.

In the Gospel lesson that we’ve read today, we hear this quirky little story.  The disciples return to Jesus and report back to him about all the good that they’ve been doing – all the valuable lessons that they’d been teaching in Jesus’ name, even when he wasn’t directly overseeing them.

You can almost hear the smile in his voice as he says to them, “Come away to a deserted place all by yourselves and rest a while.”  Scripture tells us that they had been so busy that they couldn’t even eat.  But Jesus tells them to take some time.  Have a rest.  Have a snack.  Rest up before you return.

The story goes on to talk about how the crowds kept pressing in, even though the disciples had left for a time of rest, and how Jesus set about the work of healing on his own.

One of the commentaries that I read earlier this week while preparing for today, really seemed to miss the point.  This writer suggested that this story tells us that Jesus’ continued working shows us that we should abandon our own needs in favor of meeting the needs of the people – that even though Jesus has called us to rest, the example of Jesus suggests that we should keep working, because the work still remains.

I think the message of this Gospel is different, though.  I don’t think it’s driving us to self-sacrifice forever.  I don’t think Jesus is telling those who follow him to always ignore their own needs and always keep pressing on to tend to the needs of others.  In fact, I think it’s the exact opposite.  In this Gospel, I hear Jesus telling his faithful followers to rest.  You’ve done well, he says.  Take a break.  And as the story continues, we don’t hear from the disciples.  The work we hear about is all done by Jesus.

And I think that’s the message: don’t push yourself beyond the breaking point.  Don’t neglect your own needs just because you see needs outside of yourself.  Instead, rely on Christ.  Trust that the work of Christ isn’t just on your own shoulders.  Trust that Christ is still meeting needs, even when we have to step away to rest for a while.

It’s true that the needs keep going.  But it’s also true that we’re not working alone.

There’s a Quaker writer whose work I love to read by the name of Parker Palmer.  He often offers astute spiritual insights that seem so intuitive that I can’t believe I didn’t think of them myself.  One of the things he writes about is the idea of “functional atheism”.  He says that basically the idea is that we act as if everything depends on our own action.  We drive ourselves without relenting because, in practice, we act as if God isn’t real – we act as if God isn’t already working in the world.  We act like we’re the only ones getting anything done, and if we stop, the world will stop.

But if we are to be people of faith, and not just people who talk about faith, there’s a degree to which we have to become comfortable letting go sometimes.  We have to have some faith that the mission of God is still being worked out, even if we’re not driving it every moment of every day.  The Epistle of James says that faith without works is dead – and I believe that to be true, but I also think it’s true that works without faith is vanity.  It feeds the ego, but does little for the spirit.

So trust in Christ.  Trust that we are needed, but also trust that we can step away if we need to – it all depends on Christ, not us.

Summer is a good time to remember this and to actively put it into practice – but it is a spiritual reality all the time.  Have a nap and a snack.  It’s just as important a spiritual practice as is laboring and praying.  God is here for our whole selves.  Not just our labor.  Amen.