Be glad and rejoice forever; by your endurance you will gain your souls 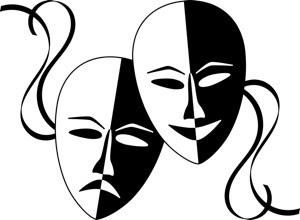 It’s tempting on a day like today to turn away from the Gospel and focus instead on the Old Testament lesson. It’s like we have two diametrically opposing worldviews presented to us in the course of a single worship service.

Shall we focus on Isaiah, with its wolves and lambs eating together as friends, and long lifetimes, and prosperous living? Or shall we instead focus on Jesus, with his promises of wars and insurrections, and betrayals, and death?

The story Isaiah tells of what to expect in the future is certainly more pleasant to consider: new heavens and a new earth. But it would be a bit dishonest to look only there - at those comfortable words - and to ignore the difficult visions portrayed by Luke’s Jesus.

We’re nearing the end of the Christian year. We’re one week away, actually. And over this past year we’ve heard a lot about the life of Christ as well as the Christian life. From the season of preparation in Advent to the celebration of Jesus’ birth; the giving of light and recognition at Epiphany; the long seasons of marveling at Jesus’ miracles and learning from his teachings; from journeying with him to the Cross in Lent to the exuberant joy and surprise of Easter and its succeeding celebrations of the Holy Spirit at Pentecost. In practicing the Christian year, we practice the reality of human experience. There are ups and downs and all of them add up to the fullness of God’s dream for us.

The worldview we hear from Jesus today comes near the end of his time on earth. In the pages that follow, Luke walks us through the seemingly climactic last days - “seemingly”, because we all know that the real climax comes later; after the “last days”. But in the midst of those “last days” - before any of us knew how the truth would unfold - there would be great pain and fear and uncertainty. The disciples needed to be prepared. Their faith needed girding if it were to endure the days to come.

The Jewish people to whom the prophecy of Isaiah was written needed girding in another way. They had already endured unimaginable suffering, but it was, for the moment at least, easing. They had been in exile from their oppressors back home, but the exilic period was coming to a close. The good times were coming, but they had been so separated from those good times for so long that they could hardly remember how to be people of faith in the midst of them. The promise of “new heavens and a new earth” helps call them back into focus - to gird them with renewed hope in the promise of God.

Throughout human experience and even still in our own lives, there have been radical ups and downs. There have been lows from which recovery seemed impossible and highs so high we couldn’t see the ground. And both are true. Both represent parts of the faith and neither negates the other. Nor do any of the ordinary times in between.

It reminds me of a recent season in my own life, and one of the lessons I learned there.

Near the end of my time in seminary, I found myself beginning to reflect on the experience: I remember thinking so vividly in my first year that I thought I’d found heaven on earth. I had moved halfway across the country to a place I had never been and where I knew no one. I had taken a giant leap of faith and it had seemed to be paying off more richly than I could have imagined. New worlds were opening before me. New ideas were forming within me. New relationships were blossoming. I was beginning to know myself more than I ever had before. It was as if I were standing looking over the new heaven and the new earth about which Isaiah had prophesied.

And then there was fall and then there was winter in my second year. Suddenly, this “heaven on earth” seemed to be more like hell on earth. What had once felt like a leap of faith began feeling more like stumbling toward a far-off finish line. My “new world” turned out to be just New Jersey. The new relationships had blossomed into deep friendships - but they weren’t without their challenges. And knowing myself turned out to be not quite as easy as it had once seemed. There were days when it was hard to make myself get out of bed. There was an insurrection gurgling up inside me - and it seemed to be not for me, but on me.

And then there was fall and then there was winter in my third year. By the end of that final year of study and formation things had balanced out. I began to see that seminary was neither “heaven on earth” nor “hell on earth”, but instead was just earth. And like all creation, I could see that it was good. But though my experience had evened out a bit, the Isaiah-ness of my first year was no less true, nor was the Jesus-ness of my second. Just like this Christian year has been, the highs and the lows were all part of the same existence - neither canceled the other. Both represent truth, and both teach us aspects of our faith.

You have, undoubtedly, seen the same truth play itself out in your own lives. The joys and pains of every human experience - whether it’s through parenting or love or whatever else - always adds up to the fullness of an experience more true than any one of its aspects. And through the joys and pains of our lives the one common thread remains - just as it has remained through all of the highs and lows of the Christian life. The truth is that whether we are on top of the world or in the pit of despair, there, too, is God. No matter our circumstances, we are invited into deeper relationship with God.

It’s not always easy. Jesus teaches that again and again. But it’s also not always hard. Christ teaches that. Every Good Friday has on its heels an Easter morning begging to burst through. It’s the end of the church year, but there’s a new one waiting in the wings. There are yet more up and downs and good times and bad, and lessons to be learned in the midst of it all. Be glad and rejoice forever - even in the midst of it all. Because by your endurance you will gain your souls. Amen.

BTW, "both feet planted in firmly in midair." Is the title of John McNeill's autobiography. McNeill, is, of course, the out gay Jesuit priest who wrote "The Church and the Homosexual" one of the first books about being LGBT in the church, as well as "Taking a Chance on God" and "Freedom, Glorious Freedom". He was "silenced" by Cardinal Ratzinger (now Pope Bene) and then, nine years later, expelled from the Jesuits after 40 years of ordained service.