My soul is still troubled 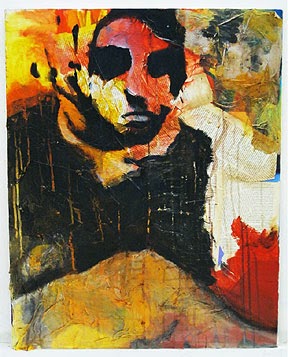 “Now my soul is troubled…”

Three years ago, when these words came up in the lectionary cycle, the news was only beginning to break - at least on a national scale - about the death of Trayvon Martin - the teen who was shot to death by George Zimmerman because he “looked suspicious” while walking through a Florida neighborhood.

I preached that week about how I believed that our broken world, and our distrust for one another, and our violence toward one another was part of what troubles the soul of Christ, and what also continues to trouble the souls of justice-seeking Christians around the world today.

Now three years have passed.  George Zimmerman still walks free - he was exonerated from all wrongdoing.  Trayvon Martin is dead, and he’s now been joined by a host of other young men and women - mostly people of color - who share his designation as unarmed victims of violence - casualties of our society’s brokenness.

We all heard about Michael Brown from Ferguson, Missouri and Eric Garner from Staten Island.  But there was also Kendrec McDade, an unarmed 19 year old college student who was shot and killed in Pasadena, California.  There was Jonathan Ferrell, a 24 year old black man who was shot 10 times while seeking help after a car crash in Charlotte, North Carolina.

This is merely a sampling of a problem that has spread through the last several years from sea to shining sea.

Perhaps the only thing in America that is more dangerous than being a young black man, is being a transgender woman.  You probably haven’t heard much about these deaths, because they remain largely unreported by the media, and all too often, the remain un- or under-investigated by the police.

And those are only the ones we know of this far into 2015.

In the gospel lesson for today, Jesus says, “Now my soul is troubled…” and I get that.  I can taste a bit of what it’s like to look out on a world that’s aching and broken and to feel that internal trouble and turmoil.  Jesus was aching for us.  Jesus saw the brokenness and the division that existed in the midst of us and it caused his soul to ache.

In the season of Lent we try to intentionally remember a little more of that ache.

But in the gospel lesson Jesus also reminds us that he came to draw all people to himself.  We hear it at the beginning of the lesson today: that some Greeks were there who had come to see Jesus.  But we also hear it throughout the gospel stories again and again.  It’s not just the Jews that Jesus came to save, it’s not just his disciples, it’s not some select group.  Jesus came to draw all people to himself.

A few years ago I traveled through Samaria, and while I was there I heard, again, the story of the “Good Samaritan”.  This “outsider” to the Jews - this “unclean” person - who turned out to be an example of righteousness and goodness.

Jesus was there - not just for them - but especially for them.

The work of Jesus is still much needed in this broken, soul-troubling world of ours.

Most of us probably aren’t capable of murder, or even violence, but the seeds for that violence are planted in the fields of “otherness” that we all support to greater and lesser degrees.

We all encounter them every day.  We walk around in our little circles - in our closed off groups of friends and family, in our bubbles.

Who is Trayvon Martin to you?  Who is Ty Underwood to you?

How can you, in your day to day life, break down whatever barriers are separating you from the people who seem most “other” to you?

That’s how we serve as Christ’s hands and feet in the world - by repairing the brokenness we find, little by little.  That’s how we heal troubled souls - both Christ’s and our own.  Amen.
Holy Trinity; Valley Stream