More than we have earned 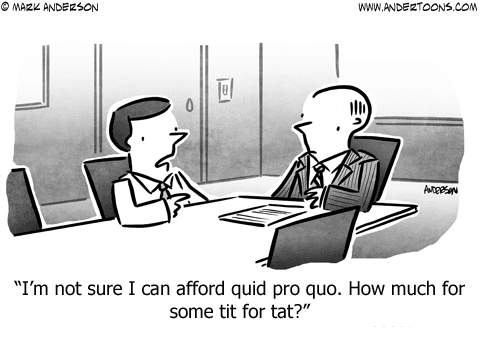 In the name of God, the giver of every good gift.  Amen.

Though I’ve lived in the northeast, mostly in New Jersey, for fifteen years now, there will always be a degree to which I am and will forever remain a kid from Louisiana in the midst of a cross-cultural immersion experience.

One of the cross-cultural realities I’ve only noticed in just the last few years, since Michael and I met, is the idea of wanting to know details about one’s ethnic and cultural background soon after meeting them.  One of the early conversation starters that people in this part of the world tend to talk about when they first get to know one another is something along the lines of “where are your people from?”.  Are you Italian, or Portuguese, or English, or German, or whatever else?

This is outside my cultural experience, because where I grew up we didn’t ask those questions.  Not because we were too polite, but just because it wasn’t a concern.  And, of course, that’s not the result of some moral superiority.  In the South we didn’t ask those questions, because nation- or culture-of-origin was generally seen as unimportant.  The primary issue for Southerners was race – and a very limited view of race, at that.  We thought in terms of black and white.

But here, in the northeast, race and culture and ethnicity are far more than “black and white”.  There are seemingly countless divisions and understandings of human groupings.  Of course, with my time in New Jersey and New York, a big segment of the culture that I’ve been exposed to has been among people of Italian heritage, and I thought of some of that learning about Italian heritage this week when I read this story of Jesus at the dinner party on the Sabbath.

I first learned about this cultural quirk from watching the Sopranos, but for many Italians I’ve met, I’ve learned that there is some truth behind it.  It’s the tradition of “The Book”.  Perhaps you’ve heard of it – “The Book”.  It’s a record that some people keep – from my understanding and experience, particularly in Italian families – that records gift giving.  Sometimes it is a literal book – a list in a notebook.  And sometimes it’s more of a series of recollections by the leaders of the household.  It records what gifts members of the family receive at significant occasions – baptism, confirmation, graduation, weddings, and so on.  The idea is that gifts are recorded so you’ll know how to give in return when the former giver has an occasion to become a recipient.

Or, as Tony Soprano so gracefully stated it to his daughter Meadow one time, “It’s so we’ll know when you get married if they stiffed us.”

It’s all about quid pro quo – tit for tat.  You give what you get and you get what you give.

It’s sort of funny to hear this cultural phenomenon coming out of a culture that is so closely defined by the Roman Catholic Church and the Christian faith.  Throughout his life and ministry, Jesus advocates keeping track of who is able and who isn’t able to give the big rewards in life, but it’s never so you can give someone their just desserts.  It’s never about making someone gets only what they’ve earned.  In Jesus’ mind, it’s always about giving the most to those with the least.  About rewarding those who need it the most, not those who’ve already given the most.

“When you give a luncheon or a dinner,” he says, “do not invite your friends or your brothers or your relatives or your rich neighbors, in case they may invite you in return, and you would be repaid.  But when you give a banquet, invite the poor, the crippled, the lame, and the blind.  And you will be blessed, because they cannot repay you…”

That’s how Jesus keeps “The Book”.

In a world where suffering and blessings seem to be handed out so haphazardly and with such little order and logic, it can be sort of comforting to imagine that God is keeping score in a different way.  The fact is, in comparison to the grace of God, all of us are poor.  All of us are unable to give as good as we’ve already gotten.  It’s only because that grace flows so freely that we can rest assured that God’s love will continue to flow to and through us.

The lesson of Jesus is that the point is never about our own honor.  Our honor – the honor that we claim for ourselves as we clamor for the best seats and the best rewards – is nothing compared to honor bestowed upon us as children of a loving God.

That’s why we collect food and money for the hungry, and diapers for the mothers who are struggling to make ends meet, and scarves for lonely and freezing seafarers, and blankets for sick children.  Not to claim our own honor – not to feel good about ourselves.  But to share the blessings of God with those who need tangible reminders that they’re worthy, too.

God has given more honor than we’ve earned.  We can never repay the blessings that come from being a member of this household.  All we can do is share the good news of God’s love to everyone who will hear.  Amen.
St. David's; Kinnelon