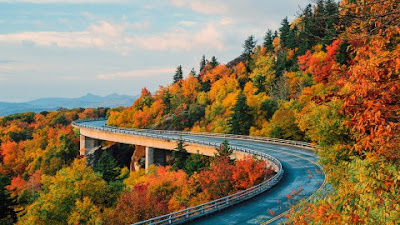 In the name of God: Creator, Christ, and Spirit.  Amen.

It’s been said that when you go on a road trip, if your snack supply doesn’t look like a nine-year-old boy was let loose in a convenience store with an unlimited budget and no accountability, then you’re doing it wrong.

Well, Michael and I love a good road trip, and I’m only a little bit ashamed to say: we tend to do it exactly right.  There’s something about being trapped in a car for hours on end that just makes things like chips and candy and all that other “bad” stuff that we don’t get most other days seem so right.

One of my favorite bits of road trip fare is beef jerky.  I almost never eat it any other time, but for some reason, it’s practically required on a road trip.  If you look on the sides of those little overpriced bags that you buy at gas stations, you’ll see a list of unpronounceable ingredients, but originally, jerky was pretty simple: it was just meat, salt, and sun.  The salt would keep pathogens from growing on the meat as it dried, and the sun would dry it to keep them from growing down the line.  Meat would be preserved in this way so that it could be kept for leaner times, or so that the initially uneaten pieces wouldn’t spoil in a world that lacked artificial refrigeration and food storage.

The funny thing about beef jerky, though, is: it represents both sides of the dichotomy of salt.  It can either preserve and purify, or, if ingested in excess, it can practically poison.  Because, as we all know, too much salt, over time, isn’t good for you.

In the church, one of the ways that we bless water and declare that it is holy is by salting it and praying over it.  People sometimes use this salted water as a tool to direct their prayers for healing, both for themselves and others.  But at the same time, our popular culture talks about “salt in wounds” – an expression of exacerbating pain.

Salt can be good, or it can be harmful – it all just depends on what you do with it.

The same is true for us.  Our inherent nature doesn’t place us automatically on the side of the righteous or on the side of the damned.  We aren’t, without effort, either aligned with the cause of God or opposed to it.  The determining factor isn’t who we are, but what we do with all that we’ve been given.

The disciples said to Jesus, “Teacher, we saw someone casting out demons in your name, and we tried to stop him, because he was not following us.”  But Jesus would have none of it.  We shouldn’t automatically include or exclude people, just because of their affiliations, or lack thereof.  That’s not the point.  It’s not about what church you go to, or who your friends are, or the country club where you play golf.  Your resume doesn’t impress God.  What matters is what we do.  If we’re doing our level best to make the world a better place than we found it – better for tomorrow than it was today – then we’re on the side of the righteous.

But in the same breath, when we hurt people; when we make life harder; when we impede them from reaching their full potential; THAT’S when we’re working against God.  That’s when there’s hell to pay.

God wants every aspect of our being working to build up the realm of God in the world around us.  Those bits of ourselves that work against the will of God are better off left behind.  Instead, focus on bringing our best selves to every moment.

Because that’s the real mission of Christ – to bring us all to God; to demonstrate that God isn’t far off and removed and unattainable, but right here with us: in our every breath, in our love, in the expressions of kindness that we share and receive.  The real mission of Christ is about building the relationship between God and humanity that the example of Christ as God-with-us revealed.

The letter of James says it clearly: are you suffering?  Then pray.  Are you cheerful? Praise God!  Are you sick?  Receive anointing and prayers for healing.

In all things – no matter your condition, or what you’re experiencing, or how you’re feeling – in ALL things, the best aim is a deeper relationship with God.

That’s why Jesus walked among us.  That’s why we, ourselves, strive to be more like Christ.  Because each day we have a choice: to use all that we’ve been given to make the world better, or to ignore that calling and just get by.

Earlier this week I saw a video.  The man who mentored my father in ministry and who baptized me when I was a baby is now 92 years old.  One day, not too long ago, after a thunderstorm had passed, he heard the sound of children laughing as they played outside.  He’s a talented writer and a talented painter, but even so, he knew that no words he could assemble and no colors and shapes he could bring together could match how he felt in that moment; but he also knew the moment needed to be shared.  He’d never played the piano before, but, somehow, he knew that music could express all that his words failed to capture.  So he sat down and started to learn.  Eventually, patterns emerged and he began to make sense of it all, and later, now in his 90s, he composed his first piece of music.  Because he had experienced a complex kind of joy that was so pure and beautiful that he had no choice but to find some way of sharing it.

That’s a life that’s salt.  It’s not inherently good or bad.  It’s just striving to make the best of every moment.  It’s trying to use all that it has for the best in any given moment.

May we all be just as salty.  May we all have salt in ourselves.  Amen.