The end of the world (as we know it) 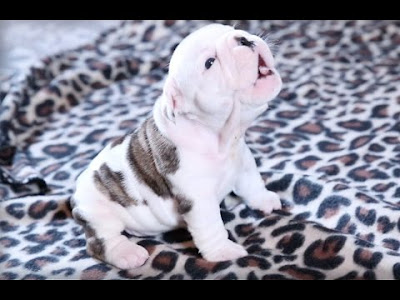 In the name of God who shakes us, who steadies us, and who shares in this life with us.  Amen.

I think the gospel lesson this morning was written by our dogs.  It was written earlier this week, when I went back to the back of the house after my morning coffee to get ready to go to work, and didn’t allow them to come with me.  The baby gate and the door to the hallway were shut, and they couldn’t believe they’d been left behind.  They cried out in protest.

If I could have translated their barks and howls into English, I’m pretty sure it would have gone something like this: “Nation will rise against nation, and kingdom against kingdom; there will be great earthquakes, and in various places famines and plagues; and there will be dreadful portents and great signs from heaven.”

I’m pretty sure that’s what they were saying.  Because, surely, they had been abandoned for all time (a.k.a. about 20 minutes…).

When I started looking at this gospel lesson earlier this week, I’ll admit that it made me a little uncomfortable.  Apocalyptic writings in scripture like this always leave me a little uneasy.  And when we’re uneasy, it can be helpful to ask ourselves why we feel that way.  Why do the apocalyptic writings make me so uncomfortable?  What is it about this particular genre of biblical literature that makes me squirm?  It’s only when we face those kinds of questions that we can begin to even think about learning from them.  If we allow them to just make us shut down, we’ll only ever gloss over them, and never really engage with them and whatever wisdom they have to offer us.

For me, a lot of the disconnect between my own experience and these kinds of writings isn’t so much about the writings themselves, as it is about the context through which I typically hear them.  The apocalyptic, or “end of the world” writings in the Bible have been so often coopted by the extreme flanks of the religious right.  There’s almost nothing that folks from that worldview love more than expressions of the world as depraved and falling apart.  The implication is that that’s what we’re all headed for if we don’t sign on to their understanding of things.

That’s why these kinds of writings never really connected for me.  They made me feel threatened, and they didn’t align with my own experience of God – an experience more defined by grace and love than it is by torment and fear.

So, as I stewed on this through much of the week.  I privately bemoaned that I’d have to preach on it this week.  I toyed with just ignoring it and finding something else to preach about.  But then I heard it: the words of Christ about the end of the world, as recounted through the experience of our dogs.

What I heard from them this week was that their world was falling apart.  They wanted nothing more than the status quo – for us to sit together, with them sleeping in comfort and security, throughout the whole day, while I sat with them.  When I moved toward my regular daily pattern of leaving them for a time, their hope for the world they envisioned fell apart.

But, of course, I knew the world wasn’t really falling apart.  Our lives were just progressing, the same as they do every day.  And that’s when it hit me – apocalyptic writings aren’t really about “the end of the world”.  They’re about the ways that we all experience our world as falling apart from time to time.

We’ve all had those experiences.  There are the big moments when we worry that the world is falling apart: when major culture-wide crises strike.  Times like the beginnings of wars, when the economy is struggling and the people who depend on it start struggling, too, 9/11, the climate crisis...  But there are also times when our world feels like it’s falling apart, but it’s just us.  Times like when a loved one dies, or when our own sense of security is threatened by violence or economy or changing relationships, or whatever else.  Times like that are almost even harder, because we feel them alone.  We feel like we’re alone.  We don’t have the benefit of the experience being shared by everyone around us.  We’re usually too self-conscious to express it, but often, in those times, we feel like howling and crying like puppies when they can’t figure out how to go on.

But the message of Christ isn’t that the world is ending.  Even when it may feel that way, it’s not.  The message of Christ isn’t even that we can avoid having the world crumble around us if we’d just get in line.  There may be churches out there who tell you that, but Jesus doesn’t.  Instead, Jesus says, “Not a hair of your head will perish.  By your endurance you will gain your souls.”

Even when it feels like the world is crumbling around us, God has got our backs.  We’re not alone.  Things may change, but the thing that will never change is that we are loved more deeply than we can imagine.  We are cared for more fully than we can fathom.

In the life of Jesus, this exchange with the disciples came near the end.  For his followers, Jesus knew that it would soon feel like the world was crumbling around them.  They needed to be reassured that even when times were hard, they wouldn’t be alone.

That’s why we hear these words now.  After today, there’s only one Sunday left in the church year.  And then, in just two weeks, we’re on to Advent.  It’s hard to believe it’s already almost here.  But the point of Advent and of Christmas is to practice looking for Christ in our lives in ways that may have slipped by the wayside in the past year.  It’s about looking for new ways of seeing Christ in ourselves, in the people we know, and in the world all around us.

If we really allow ourselves to engage in that mission, the world can start to feel very different than it does today.  It may even seem unstable.  But just like I knew that leaving for a few minutes wasn’t the actual end of the world for our dogs, Christ knows that reconnecting with this way of engaging with others isn’t the actual end of the world for us.  Even when it feels like the world is crumbling around us, we are still loved.  We are still known, and seen, and held as dear to the heart of God.