The Greatest Star of All! 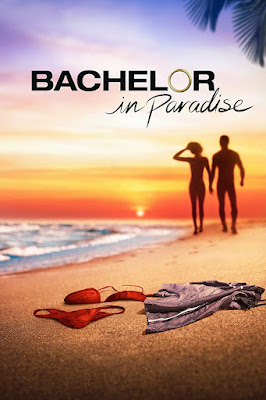 It was good to get away the past couple of weeks, but it’s also good to be home.  Michael and I had a nice time driving in a big circle around about half the country, and seeing family and friends that we hadn’t seen in entirely too long, but by the time we made it home, we were ready for our own beds and our own routines.  And the dogs, who we dragged along with us, were just as ready, too.

But it was really nice seeing people – particularly my younger nephews who I hadn’t seen in over three years!  And it’s good to rediscover that some things never change.  Three years ago, a fun little game that was played was “who’s the cutest one?”.  Michael and Gaines, the smaller of the twins, would argue back and forth about which one is cuter than the other, and Gaines would just squeal in delight as he made his case.  But now, with the advantage a few years, the argument is almost the same, just matured a bit.  Now it’s about who’s the tallest one, or the smartest one, or the coolest one.  Gaines, a cute little squirt, insists that he holds all those titles, and more.  And the argument now, isn’t made with shouts or squeals, but with matter-of-fact assurance.  Manifesting perfect pre-teen disengagement, Gaines will declare, “Well, obviously I’m taller than all of you.”

So it was funny to me to encounter this Gospel lesson for my first Sunday back, after spending time with my family, and these silly little faux-debates they have.  The disciples are doing the same thing.  But for them, it’s not just fun and games.  They’re really wondering, who is the greatest?

Jesus reminds them, it’s not who you think it is.

My nephews’ and my brother’s games aside, we really do usually miss the point about greatness in our culture, just as much as those first followers of Jesus did back then.  I’m ashamed to admit, Michael and I have been watching some trash TV this summer, of nearly the worst sort.  Some friends got us to start watching the Bachelor series of shows with them.  It’s easy to get sucked into the stories that the producers pull together and manufacture from the footage they capture, but even so, I sometimes catch myself thinking about how pitiful some of these people’s lives must be.  Some of them have jumped into the deep end of tying their whole existence and self-worth to fame.  Who has the most followers on social media?  What can they do to get more?

For some of them, relationships and even mature humanity take a back seat to that unquenchable lust for fame.

But you don’t have to be a reality TV character to be influenced by this distorted vision of success.  All of us are constantly influenced by the wider, popular culture to be some archetype of perfection and idealism that has little to do with the ideal Jesus called us toward.  We’re constantly being urged to be taller, sexier, slimmer, to seem happier, more extraverted…

It’s an unmistakable and fascinating dichotomy to hear the disciples jockeying for “greatness” as they understood it, at the same time that Jesus was passing through Galilee and hoping to go unnoticed.  They were hoping for strength and power; he was hoping for privacy to further his mission, to prepare them in ways that they really needed preparing.

Have you ever had one of those lightbulb moments where everything suddenly seemed to come together and make sense in ways that it hadn’t before?  Well, this is the story of people before that moment.  It’s the story of missing what was right in front of their faces; hearing the words but not connecting to their meanings.

We’ve all been there.  If we’re honest, we’re all there a lot.  Only the wisest among us recognize it.

But the good news – the Gospel – is that Jesus is patient.  God was patient through countless generations and Jesus is patient, still.  The Holy Spirit is still nudging us, even in our stubbornness.  We don’t really get it.  We still fall short and we still make mistakes.  We don’t follow Christ perfectly.  We strive for the wrong things.  But even so, God is still helping us through.  Even in our shortcomings, we never come up short of the love of God.  We are enough for that.  And when we realize that, that’s when we start to follow Christ.  That’s when we start to get it – even if just in tiny bits.

We are the greatest.  At least for this mission at hand – this calling to follow Christ.  All the rest is extra.  We are good enough, with room to spare.  Thanks be to God.  Amen.