It's not always about any one of us 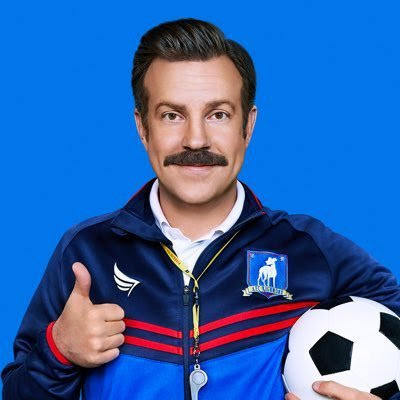 Loving Christ, lead us toward your vision for our humility.  Amen.

Lately Michael and I have joined the bandwagon and started watching the TV show, Ted Lasso.  It’s the story of an American college football coach who becomes the unlikely head coach of a professional soccer team in England.  Of course, there is plenty of fertile ground for comedy as this seemingly unsophisticated Midwesterner travels to England for the first time, and even more as we learn that he knows basically nothing about soccer.

Truth be told, Michael and I couldn’t care less about soccer.  I can stand to watch our nephews play, but even then, I never have any idea what’s happening.  So we were slow to start watching.  But after it was recommended by countless people, we finally gave in.  The reason we’ve fallen in love with the series so quickly is because it’s just so utterly charming.  The main character, Ted Lasso, is as close to unflinchingly positive as any individual could be.  Even when people are behaving in truly abhorrent ways, he smiles and refuses to take it personally.  Of course he’s capable of falling short of his own ideals.  He’s capable of messing up – just like anyone.  But even when that happens, he’s quick to notice he’s wrong, apologize, and amend his ways.

There is this one story that happens with the team’s star player.  He is absolutely used to being the one shining star on the team, and he is perfectly comfortable allowing everyone else to blend into the background around him.  But Coach Lasso can see that the team needs more than one player.  So he coaches him to not just constantly go for the goal (and, consequently, the glory), but to pass to his other teammates sometimes.  Not only because they deserve to shine, but because it will make the team stronger.

The wisdom of Ted Lasso seems to mirror the wisdom of Jesus that we hear this week.  Over the past two weeks, Jesus has led us through uncomfortable conversations about relationships and about money.  This week, it’s another topic that may seem uncomfortable for a lot of us – particularly if we amend our lives to actually practice it.  This week the lesson is that it’s not all about us.  We shouldn’t work so hard to be the star.  Very often, setting up someone else as the star is the more valuable thing to do – for our own, personal growth, and also for the greater good.

James and John, the brothers who left their father’s fishing life to follow Jesus, approached him on a journey and pulled him aside.  “Jesus,” they said, “let us sit, on each of your sides, let us be the first band of followers surrounding you, so then we can take a share in your glory.”

It’s a sort of sweet compliment if you think about it.  They’re basically saying that they can clearly see his greatness, and they know that others see it to.  These sons of a fisherman just want to enjoy a piece of the pie – they want his glory to rub off on them a little.  They know he has plenty to share.

But Jesus reminds them (it’s a reminder because he’s said this sort of thing so many times): the glory of God usually doesn’t look like the glory you’re used to in the world.  The power and majesty of God is very different from the powers and rulers of the earth.  Sometimes, the best way to be a star is to set someone else up for even greater stardom.

Great leaders – at least the most emotionally mature among them – will always recognize that their greatness comes from standing on the shoulders of others; people who paved the way, people who opened doors and made it all possible.  But in the wisdom of Jesus, and later Ted Lasso, we see that the greatest leaders are the openers, and the pavers, and the ones bearing the weight of others on their own shoulders.  They aren’t the ones who get it all done, but the ones who make a way for it to be done.  They aren’t always the ones who make the headlines or get the accolades, but they are the ones who most model the ministry of Jesus.

Jesus, the Christ, gets a lot of glory now.  Billions of people around the world center their worship on him every week – every day, even.  But that wasn’t always his story.  His story was about laying the foundations of a faith that would endure.  His story was about helping people build a better relationship with God – one that would far outlive him.  That foundation – that framework for better relationship – it threatened a lot of people who were invested in the old ways.  So Jesus, in his own life on this earth, didn’t get to see the glory that would unfold – the glory that James and John so desperately longed to share.

When we focus on shining our own star, we’ve missed the point.  Lots of stars, joined together, shine brighter and mean more than any one star ever could.  So we are called to share the shine.  We are called to seek out stars that are struggling to glow, and to feed them and nurture them, until they shine as brightly as they can – brighter than even ourselves.

It’s not the easiest thing to do.  It takes commitment and thought.  It takes prayer and practice.  But we’re not doing it alone.  We have each other.  And we have the example of Christ.  Thanks be to God.  Amen.