Seeing for the first time 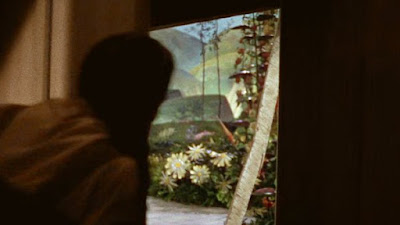 Holy God, open our eyes that we may see.  Amen.

I’ll never forget being a child and experiencing the magic of the film, The Wizard of Oz.  Where I grew up, tornados were at least common enough for me to feel the fear that was being conveyed as the house was tossed.  But the most magical thing was after Dorothy had survived the tornado – after the house had landed in Oz – how her life shifted from its sepia tones to full and vibrant color.

While I’m young enough to have grown up with color TV as the default, that shift from the faded world of her past into all the richness that Oz had to offer – it just says more than words ever could.  It was such a brilliant piece of story-telling.  It made us all feel like we were experiencing the magic, too.

But part of the wisdom of that bit of cinematic story-telling was that it showed in a really tangible way that Dorothy’s experience was changing – that her perspective was changing.

I imagined that sudden burst into a colorful, as yet unimagined, world as I read the story of Bartimaeus.  When he met Jesus – when he was pulled from the crowd – his perspective was changed forever.

On the heels of the stories we’ve been reading over the past few weeks, the story of Bartimaeus feels like something of a correction.  We’ve heard of all these different people missing the point; falling short of the ideal.  There were the Pharisees who wanted to test Jesus and to trap him; but Bartimaeus was a man of faith.  Later, the disciples wanted to keep the children away from Jesus.  Though Bartimaeus was an adult, his disability made him vulnerable like the children were.  But he called out for Jesus and demanded attention, even though the disciples still hadn’t learned that Jesus wanted the vulnerable around him.  And his persistence was rewarded.

When the rich man came to Jesus asking how he could be a more faithful follower, Jesus told him about the commandments.  He affirmed them all; he’d followed them from his youth and had no intention of stopping.  So Jesus said there was only one thing left: to go and sell all of his possessions and to give the money to the poor.  But he couldn’t do it – he went away grieving.  But Bartimaeus, though a poor beggar on the street, threw down his cloak when he had the chance to be with Jesus.  He cast aside the only thing he had – just so he could go to Jesus.  He had next to nothing, but he was willing to sacrifice even the bit he did have.

James and John, the sons of Zebedee, wanted a share of Jesus’ glory.  They wanted glory of their own from all that spilled over from Jesus.  But when Bartimaeus was asked what he wanted, he only wanted to see.

Now, of course I understand, granting sight to the blind is a pretty tall order.  “Only” like I used it just there – “he only wanted to see” – it needs some context.  The truth we find in the stories of Jesus almost always lurks beneath the details.  And literal sight being granted to someone who was literally blind is a pretty substantial “detail”.  But truth is always bigger than fact.  And the truth (as it applies to most of us) is that while we can see – we can at least pass some part of the test at the optometrist’s office – there’s still plenty that we’re blind to.

As much as the magic of The Wizard of Oz appealed to me as a child, and as much as it still appeals to me now, there was one major missed opportunity in the film, at least from my perspective.  When Dorothy returns home, part of the way that it’s signified is by a return to that sepia-toned black and white photography.  How much truer must it have been for that character, that after experiencing Oz, her world was thereafter in full-color?  How much truer must it have been for her that after experiencing Oz, she was more attuned to the real magic that had been all around her all the time?  Now, after the wonder and fears and laughter and tears, her eyes were opened and she could see what had been there all along.

It’s easy to think of this season of pandemic as a season of loss, but what have we come to see that we’d been missing before?  What has it shown us that we were unable see before?  As a society, it’s highlighted some of the ways we could have done better – ways that we could have cared for each other a little more lovingly.  For many of us, as individuals, it’s shown us the deep value that can come from slowing down a little; from letting our frenetic pursuit of “more” and “faster” and “harder” rest a little.  That maybe the products of life lived busily are less important than the fruits of a life lived fully.  What else has this season shown you?  How else have your eyes been opened?

While COVID has been a tragedy – the loss of life has been almost unimaginable – everything in life – the good, the bad, the easy, the hard, the sorrowful, and the joyful – they all give us opportunities to meet Christ if we’re open to it.  And when we meet Christ, we come away from it changed.  We see the world in new ways, with new clarity.  We see things that we’d been blind to before.