TikTok and our moral life 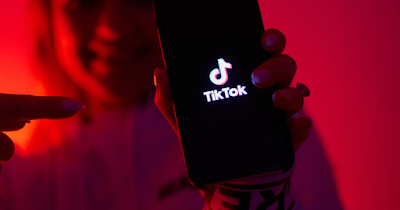 Under the heading of “kids these days…” – one of the latest social media crazes is TikTok.  Now – I have not gotten on board with TikTok – I think I am officially too old.  But if you spend much time on other social media platforms, you just about can’t help running into TikTok, too.  Everything becomes so integrated – so even though I haven’t joined TikTok, and certainly haven’t started generating content for it, its content keeps creeping its way into my field of view through Facebook and Instagram.

Basically the premise of TikTok is pretty simple – it’s about sharing short videos.  There are lots of ways that these videos get souped-up and edited to be fancier, but even so, it’s basically about short videos.  A lot of these involve the subjects doing some dance to a pop song, or their particular spin on someone else’s dance.  But some others have developed into tiny television shows, complete with acting and adventure and moral lessons, all contained in clips that are no more than about 20 or 30 seconds long.

I saw one video earlier this week that was created by one of the “influencers” I’ve seen from time to time.  In it, he and his mother were in a car, in the drive-through at Taco Bell, and he decided to practice kindness.  They gave their card to the attendant and paid for the order in the car behind them.  Low and behold, the next thing we see is the car behind them was being driven by another social media “influencer” – the two of them were friends.  The video ends with the young man saying into the camera: “it just goes to show that it’s always a good idea to be randomly nice – you never know when it will turn out to be one of your friends!”

That sort of sounds familiar, doesn’t it?  “Whatever it is that you did to the least of these, you did it also to me.”

That video stuck with me, because the moral sounded so much like what we hear and proclaim in our Christian faith – albeit with a decidedly selfish spin.  But this guy was using his influence in social media to encourage kindness.  That’s great, but it sort of points out how we in the church can sometimes catch ourselves falling short.

In the past few weeks, our Presiding Bishop released the results of a study commissioned by the Episcopal Church to explore public perceptions of Christianity.  I haven’t read the full report, but from the news articles that I’ve read about it, it seems like the main takeaways from the study are that Christians are generally seen as hypocritical and unkind, among those who aren’t regular participants in a church.

I was telling Michael about this report and we agreed: while it’s nice that the church is trying to think about its public image and to listen to people outside our walls, this study didn’t really reveal anything we couldn’t have told them just on the basis of conversations we’ve had with our friends.  And this is nothing new.  We’ve all heard the quote from Mahatma Gandhi, “I like your Christ, but not your Christianity.”  It points to the disconnect that so many people perceive between this faith we proclaim and aspire to, and the actions of our lives.

In the Gospel lesson that we read this week, we hear another story of Jesus making another post-Resurrection appearance to his followers.  What’s interesting about these appearances, though is that the disciples don’t initially recognize him.  For all of our talk about the Resurrection of the Body – the biblical accounts tell us repeatedly that the body of Christ isn’t often recognized as the body of Jesus.  It’s not until this mysterious figure does something – behaves in some way that reminds them of Jesus – that they actually recognize that they are in the presence of Christ, crucified and risen.  These experiences of Resurrection aren’t recognized by seeing the body of Jesus, or even hearing his familiar voice.  Those things don’t stand out.  What reveals the truth of the Resurrection is the experience of encountering the living Christ, and that experience is defined by Christ-like actions.

It was wonderful on Easter Day to proclaim, “Alleluia!  Christ is risen!”.  It was wonderful on Easter Day to see and smell the flowers and to hear the bells and bask in the shine of our finery.  But those are not, in and of themselves, experiences of the Resurrection.  Real experiences of the Resurrection happen when we encounter the living Christ through being awakened by Christ-like actions.

It’s a sad thing that so many people don’t encounter the living Christ through interactions with Christians.  And while those perceptions and expectations may be ingrained and hard to change, changing the premise of the perceptions is easier to change.  It just takes a commitment to living the Resurrection reality whenever we can.

The joy we expressed and experienced on Easter Day is very nice, but it’s not our primary goal.  It’s important that we all see the living Christ from time to time and experience the joy of resurrection from time to time.  It’s important that we get to shout “Alleluia!” and see and smell the flowers and all the rest.  But, though important, those things aren’t the goal.  The real goal is to make the living Christ real in the world around us.  The real goal is to share the truth of the resurrection in the world around us.  And the best way to share that is not through proclamation, but through the things we do; the ways we live our lives.

That’s how Christ revealed new life to the disciples.

As followers of Christ, that’s how we are called to reveal new life, too.  Amen.