Spiritual Whiplash and Sovereignty Through Love and Grace 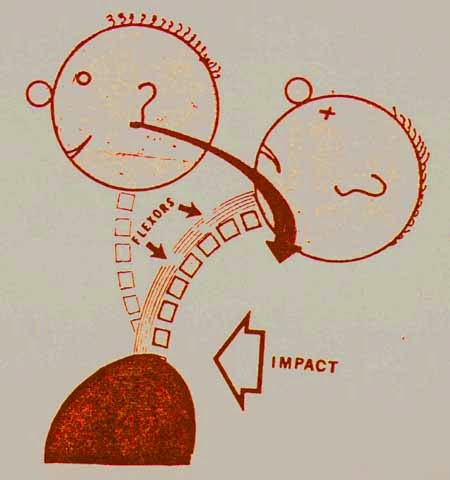 There are certain dates and transitions on the liturgical calendar that can leave you feeling like you’ve been struck by a kind of spiritual whiplash.

To be fair, the lectionary progression over the past few weeks has been trying to prepare us for this.  It was introduced a couple of weeks ago when Jesus and the Sadducees got into a discussion about the resurrection.  Remember that?  If a woman has been married to too many husbands, how could a resurrection-reality handle that?  Whose property would she be?

Jesus, of course, said it wasn’t about that.  It wasn’t about working out justice among the dead, or ownership, but more about celebrating life that, through God, was eternal.

Then last week, we got one of those familiar warnings from Jesus about difficult times to come.  He warns his disciples not to get too lost in the good times they were having, because there are even better times coming.  But those better times wouldn’t come easily.  There will be valleys to cross and trials to face before we can get to the mountaintop that’s in store.

Perhaps it’s the festive holiday season that seems to be blossoming all around us.  There are television stations and radio stations that have already dedicated their programming exclusively to Christmas themes.  Store windows and displays look like winter wonderlands.  Christmas lights are even beginning to twinkle on the evenings’ edges.

Everything around us seems to be trying to push us toward joy, and hope, and celebration.

But in the church, we’re not quite there yet.  We’re not ready to blindly stumble into the holidays.  There are valleys to cross through before we get to that higher mountaintop that awaits.

So today - a day revered for its celebration of Christ the King - we first make a stop at the scene of Jesus: the crucified, Jesus: the oppressed, and even in the midst of that, Jesus: the loving, and Jesus: full of grace.

The scene is shockingly graphic.  Three men: beaten, bloodied, and hanging in humiliating and painful display.  The crowds gathered to mock them and to abuse them.  They were there to assure that their deaths would hold no dignity and no peace.
But even so, the men found something of a community among themselves.  It’s hard to imagine them so casually chatting each other up in the midst of such unspeakable personal traumas.  But, I suppose, in all of our lives we have to make peace with our difficulties wherever they are, however we can.

So there they are, chatting.

One says to Jesus: if you’re so great, why don’t you just fix this.  Why are we here suffering if you’re who they say you are?  For that matter, why are you here suffering?

The other criminal intervenes: leave him alone.  He’s not like us.  He’s made enemies, but he’s done no wrong.  My only prayer is that he remembers me even as he earns his reward.

In the midst of the suffering and the humiliation and the world of these three men crumbling around them, a glimmer of humanity breaks into this unimaginable place.

One of the things that’s most moving for me about this exchange is that we never know the crimes these men have committed.  We don’t know who they are.  We don’t know their social standing.  And even though we know almost nothing about them, we get a glimpse into their hearts.

It’s that anonymity that gives this story real power.

When it comes to earning God’s forgiveness and Christ’s favor, it really doesn’t matter who we are, or how we got there, or even what we did.

Was this man sentenced to death for some small offense?  Perhaps he was stealing food to live.  Or was it something bigger?  Had he committed murder?

Through the frailty of our human lenses of judgement, these things matter.  We hear of “mortal sins” - those things which are unforgivable.

But Christ’s “kingship” - Christ’s power - comes through the power of an unimaginable power to love in even the harshest circumstances.

Even his own oppressors benefited from his unfettered forgiveness: “forgive them, for they do not know what they are doing.”

This is “Christ the King”.  A king unlike any other.  With a life, death, and resurrection unlike any other.
We’ve come to the end of our annual celebration of remembrance, but we start again tomorrow - expecting the baby whose humble beginnings will be our unexpected savior and King.

This is Christ the King.  Amen.
Good Shepherd; Philadelphia