Within the reach of your saving embrace... 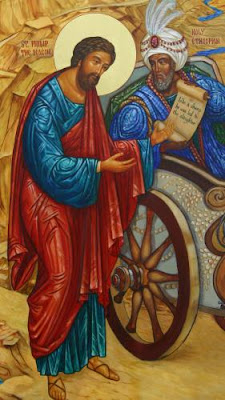 Lord Jesus Christ, you stretched out your arms of love on the hard wood of the cross that everyone might come within the reach of your saving embrace: So clothe us in your Spirit that we, reaching forth our hands in love, may bring those who do not know you to the knowledge and love of you; for the honor of your Name. Amen. (BCP, 101)

That’s one of my favorite collects in the Book of Common Prayer. It’s one of the Prayers for Mission that is suggested for Morning Prayer.

I just love that image: “you stretched out your arms of love on the hard wood of the cross that EVERYONE might come within the reach of your saving embrace”. I love how it takes that posture of death and agony and turns it into an expression of our hope. It is all of the emotion and expectation of Good Friday and Easter rolled into one sentence. It is the story of our faith in perhaps the most succinct summary I know.

Too often, religion – like all human institutions – is used as an instrument of division. We worry over who is in and who is out, who is behaving in a truly “Christian” way and who is not (as if any of us really knows, or has hope of meeting that mark!). We choose sides and we form alliances. We withhold ourselves to punish those who have failed us.

But it’s all in vain. These inclinations are natural, to be sure. But they fail to bring us closer to Christ – the one whose arms of love are stretched so wide as to bring us all within the reach of his saving embrace. It doesn’t matter how far or how forcefully we push others or ourselves away, we all still abide within that reach.

That was the Gospel of Radical Welcome that Philip shared with the Ethiopian eunuch that day on the road to Gaza.

This nameless Ethiopian is riding along after a pilgrimage of worship to Jerusalem. He was a pious man, doing his best to live a godly life. We are told that he was a person of some influence – he was an advisor to the queen, responsible for overseeing her treasury. He was clearly somewhat wealthy in his own right – he was riding in a chariot and not walking, as most people might have been. He was also an educated man, because as he was riding, he was reading from the prophet Isaiah.

By these accounts you would imagine this man to be at the center of his society – more than included – sought after, even. But like most of us, his story was not so simple or clear. He was a eunuch. He had been castrated, probably at an early age, in preparation for a life of service to the queen. It was common, in those days of violent patriarchy, for men of service to be physically emasculated. It was the only way that their male-oriented society could imagine a man to be subservient to a woman – he had to sacrifice his maleness.

As such, he was, at once, a leader of his society and ostracized from his society.

It’s important to remember that he was returning from his pilgrimage to Jerusalem. Perhaps if this encounter with Philip had happened on the way to Jerusalem, it might have been very different. But as it was, the Eunuch had just been denied full access to the Temple. According to the Levitical code, his status as a eunuch invalidated him from participation in the worship of God in the Temple.

We imagine him reading from the prophet Isaiah, searching for some word of hope. At that lowest moment of his journey – after the expectation and adventure had given way to the reality of his own otherness – it was at that moment that the Holy Spirit sent Philip to share with him the good news about Jesus.

It would be easy to turn this in to a story about the exclusive nature of Judaism that is counteracted by the inclusive love of Christ. But that wouldn’t be entirely fair. This isn’t an anti-Jewish story because we, too, are good at dividing ourselves and attempting to push people beyond the reach of Christ’s saving embrace.

In recent years the Episcopal Church in particular has been constantly in the news because of our divisions. Who is in? Who is out? Who stays? Who goes? Who keeps the property? Who are the “true Anglicans”?

We have heard the good news about Jesus, but even so, we keep pushing one another away. To some degree all of us are like the eunuch – we are all separated; we are all “other”.

We have even learned how to use the Gospel as an instrument of that very human tendency to divide.

Many of you know that I follow closely the politics of the Episcopal Church. Every day I read the latest news and listen to the latest arguments about the current divisions in the Church. Too often someone will cite the Gospel we read this morning as just cause for cutting off one part of the body or another for the good of the whole.

“[God] removes every branch… that bears no fruit. Every branch that bears fruits is pruned to make it bear more fruit…. Whoever does not abide in me is thrown away like a branch and withers; such branches are gathered, thrown into the fire, and burned.”

Too often people in disagreement with one another will point to those words as justification for pushing one another away.

If we see that text as cutting off individuals or communities, then sure – I can see how that might be cause for our divisions. But what if that which is pruned or cut off is not whole individuals or communities, but those parts of ourselves that are “prone to wander” from the Body of Christ? It is not that I am cut off from Christ, the true vine, or that you are or they are. Instead, it is that we all can become unruly like the unattended branches of a vine. We all can give in to that urge to stray beyond the reach of Christ’s saving embrace.

This story is not about dividing the good people from the bad, or the right people from the wrong. It is about nurturing the Christ in us all and cutting back those parts of us that pull us away from our relationship with Christ.

We, like the ostracized eunuch, are drawn within the reach of Christ’s saving embrace.

We, like Philip, are called to proclaim that Good News to all who feel beyond the reach.

“So clothe us in your Spirit that we, reaching forth our hands in love, may bring those who do not know you to the knowledge and love of you; for the honor of your Name. Amen.”
St. Peter's; Morristown