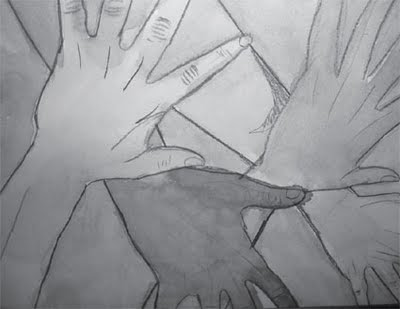 It’s been fascinating to me to discover just how many of my sermons here lately have a beginning – whether spoken or unspoken – that is somehow related to the social networking tool, Facebook.

This sermon began as a “status update” that I began seeing on a few friends’ pages. The status update is a little box where you can type what you’re doing, or some quote that strikes you or expresses you, or some kind of conversation starter.

My status update yesterday was, “Whew!! Finally found the [LSU] Tigers on TV! It’s sometimes tough to be in exile!” It was a way for me to claim my heritage in a strange land, and a way to reach out to my people back home over a shared experience. So a status update can really be anything.

Lately, I’ve been seeing a debate emerging on a few of my friends’ status updates. It’s an update of the “conversation starter” variety. It says, simply, “Indiscriminate inclusivity or Discriminating exclusivity, which do you prefer?”

Think about it. If you only had the two choices, which would be more desirable?  Would you want to be inclusive if it meant that you had to include absolutely everybody?  Might it be easier if you could pick and choose just a little?!

We certainly tend to value our inclusiveness. In this parish in particular, we are proud of the fact that we welcome everyone. If you go to our parish website, one of the first things you will see is a welcome. You don’t have to click anywhere. It’s right there, below the “Come, Grow, Celebrate” banner. “Absolutely everyone is welcome in this place!” That’s a quote. There’s even an exclamation point on the end! We’re trying to say that we really mean it!

But it’s not just a Christian value – this valuing of inclusiveness. We, as a nation, declare ourselves to be inclusive. We’re proud of our inclusiveness. In her poem, “The New Colossus”, Emma Lazarus describes the Statue of Liberty – that most powerful symbol of welcome – as the “Mother of Exiles”. On her tablet, Lazarus’ words are inscribed: “Give me your tired, your poor, /Your huddled masses yearning to breathe free, /The wretched refuse of your teeming shore. /Send these, the homeless, tempest-tost to me,…”.

They were Lazarus’ words. They became the words of that “Mother of Exiles”. And each of us, in our schools or in our families, was taught to make them our own. We were taught to take pride in the fact that we are a part of a country such as that – a land where all are welcome.

So the Facebook debate seems pretty simple, right? “Indiscriminate inclusivity or Discriminating exclusivity?” We’re Christian. We’re American. We value inclusiveness, so we should be inclusive. Moreover, we should demand it of others. It’s that simple.

As Americans, we’re not exactly as inclusive as Emma Lazarus had dreamed we might be. A wall is being built along our border with Mexico, because we seem to think we have enough of them. And though it’s looking like the policy may soon be changing, people who are HIV-positive have, for years, been denied the possibility of immigrating to, or even traveling to, the United States. We’re afraid that they might create a health crisis! (As if we didn’t already have one.) Even students from other countries who hope to come to the United States to further their educations must demonstrate financial viability by proving that they hold very large sums of money. We certainly wouldn’t want poor people getting stuck here. They might be a burden to us.

“Give me your tired, your poor, your huddled masses yearning to breathe free”? Well… Sure. So long as they’re not tired, or poor, or parts of huddled masses. We don’t want them!

Wherever there is a “we” or a “them” the ideal of inclusiveness wasn’t reached.

I remember one of the much talked about scandals of the Lambeth Conference last year: in the opening worship service in Canterbury Cathedral, many people were offended that the Bishops of the church were asked to sing that great hymn, “All Are Welcome”. The scandal there was two-fold. First, it was a ticketed Eucharist. Only those closest to the center of the Conference activities were allowed to attend. Those of us “on the fringes” of the event were politely uninvited. We most certainly were not welcome – despite whatever hymns might have been sung. But, perhaps more seriously, was the fact that Bishop Robinson, the Bishop of New Hampshire, had been politely uninvited from the Conference altogether. The pain of his exclusion was still raw for many of our Bishops, and fortunately, the irony of them being asked to sing that song at that time and place was not lost. The church could not sing of its inclusiveness in the midst of an act of exclusion without someone noticing. 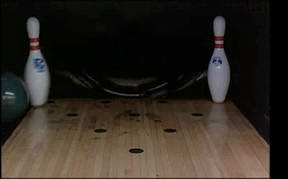 In the Gospel lesson that we’ve heard this morning, we hear this same Facebook debate roiling among the disciples and Jesus – are we to be indiscriminately inclusive, or discriminating and exclusive? Like a 7-10 split, Jesus instructs us to aim for both of these contrasting ideals. He calls us to be discriminating and inclusive.

With regard to those outside the fold, the exchange is telling: “John said to Jesus, ‘Teacher, we saw someone casting out demons in your name, and we tried to stop him, because he was not following us.’ But Jesus said, ‘Do not stop him; for no one who does a deed of power in my name will be able soon afterward to speak evil of me. Whoever is not against us is for us.”

So long as they’re not causing us harm, they are welcome. Even if they’re not following us, they’re helping us in their own way. We don’t need a monopoly. “All are welcome!”

The real discriminating, however, should happen within ourselves. Jesus instructs us to be always mindful of the ways that our own deeds can be a hindrance to the work of God. Though we are on the inside, it would be easy for us to cause either ourselves or others fall away from the fold.

It’s counterintuitive. Everything in the world tells us to “look out for number one”. We want to find ways to get ourselves included, but we are naturally given to being discriminating about who we’ll let in – either into ourselves or into our circles of influence. Jesus turns all that on its head.

The disciples were worried that their power would be diminished if it were indiscriminately shared. But Jesus knew the paradox – in sharing himself and his power, it could only grow. And so the same was true for the disciples just as it is true for each of us.

I’m reminded of one of my favorite quotes – I’ve probably used it here before, but it’s worth hearing again. Mother Theresa once said, “I have uncovered the paradox that if I love until it hurts, then there is no hurt – only more love.”

That’s the message of the Gospel. That’s the answer to the Facebook debate. That’s the discriminating inclusivity to which Christ calls us. Because it’s precisely in that openness to others that we find the living Christ. Amen.
St. Paul's; Chatham