To get up and do what needs to be done 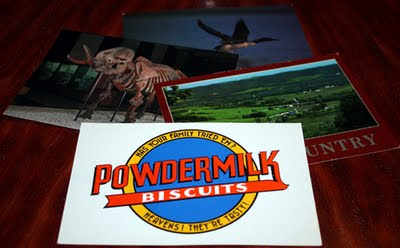 Though we think of the Easter season - and even Pentecost - as a time of celebration, I can’t imagine that it seemed all that joyful that first time around. The idea of resurrection was still so new. The Jesus that they had known for those years had only been revealed as Christ for mere days. The world was upside down and seemed to make even less sense with each passing day.

Then there was the Day of Pentecost.

But then there was the Day of Pentecost.

A violent rush of wind encompassed them. Divided tongues, as of fire, appeared among them, and a tongue rested on each of them. All of them were filled with the Holy Spirit and began to speak in other languages.

The world was upside down and seems to make even less sense with each passing day.

When I was growing up, it was a family ritual in our household to sit down on Saturday evenings and listen to “A Prairie Home Companion” on the radio. It wasn’t something we were compelled to do, by any means, it was just something we all did. I probably started listening while sitting on the floor and playing with my toys or something like that. But somewhere along the way I started actually listening.

“A Prairie Home Companion” is on public radio, so it doesn’t actually have any commercials, but they do have fictitious commercials that are interspersed throughout the broadcast. One of the standard ads is for “Podwermilk Biscuits - heavens, they’re tasty - and expeditious!” as they say. Among the many claims made by the Norwegian Bachelor Farmers who produce these gems is that they “give shy persons the strength to get up and do what needs to be done.”

We all could use a touch of that, couldn’t we? Something that gives shy persons the strength to get up and do what needs to be done?

Christ gives us the gifts that we need to meet them where they are, and to invite them in. Each of us needs to preach the gospel we’ve been given in our own way, because there’s a world of people who will each hear it in their own ways.

Today we invite Jules in to this mission. In the years ahead she will grow, and become her own person. She will make her own mistakes and celebrate her own successes. And we, of this community, vow to hold her through all of that. To teach her, and to guide her. To nurture the Holy Spirit that we believe to be living inside of her, just as it lives in us. It’s a sacred trust - one that someone once made for us, and that now we make again for ourselves and for Jules.

She will be for us the strength we need to get up and do what needs to be done. We will be the same for her. Amen.