Running into a brick wall 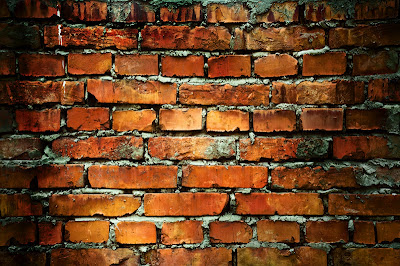 In the name of God: who sets the course, who strengthens us for the journey, and who loves us when we fall.  Amen.

There are basically two ways that a preacher can go on a Sunday like today.  We can either run, full-speed into a brick wall, or we can look for a way around.  One of the things you’re likely to learn about me and my approach to the priesthood pretty early on, is that when there’s a brick wall standing in my way, I have this nasty habit of picking up speed.

The brick wall today is divorce.

It’s a touchy subject.  It’s riddled with pastoral landmines.  On one hand, Jesus seems to be pretty clearly opposed to it.  To deny that would be a slap in the face of everyone (and I hope it is everyone…) who takes the scriptures and the teachings of Jesus seriously.  On the other hand, divorce is a reality in very many people’s lives.  Sometimes relationships die - for whatever reason, and as a result of either partner’s (and often neither partner’s) fault.  And in the face of death it is our Christian duty to seek out resurrection.  Not to lay blame and not to cast judgment, but to look for new life.

So that’s the brick wall.

It seems like our only options are to either ignore Jesus or to ignore the realities of our common lives.

For those who can’t face the brick wall, Jesus and the compilers of the lectionary offered a little way to try to side-step the obstacle: “Let the little children come to me…”

That’s a lot easier.  I’d bet that a lot of preachers today have decided to focus on that.  It’s one of those soft and squishy passages of scripture that make us feel all warm and cozy.

No sense beating our heads against a brick wall…

But the uncomfortable truth is, you called a priest who doesn’t mind running into a brick wall now and then.  Not only do I not mind, but I think it’s part of our job as Christians - to tackle the difficult questions that life throws at us, and to seek out meaning in the difficult experiences that we face.

So, rather than looking for some easier way out, today we talk about divorce.

It might be helpful to begin by seeing what the church teaches on the subject.

For about 40 years now, The Episcopal Church has been on record recognizing the painful reality of divorce, hoping for it to be avoided, but also recognizing the need for pastoral care for those who must endure it.

The canons of the church are actually quite sensitive here.  It says, “When marital unity is imperiled by dissension, it shall be the duty, if possible, of either or both parties, before taking legal action, to lay the matter before a Member of the Clergy; it shall be the duty of such Member of the Clergy to act first to protect and promote the physical and emotional safety of those involved and only then, if it be possible, to labor that the parties may be reconciled.”  (Canon I.18)

Perhaps that just sounds logical to you - I certainly think it does.  But beyond simply being logical, it’s a fairly revolutionary statement.  Our church acknowledges the reality that marriages do sometimes end, but we urge that when a couple enters that path that they do so cautiously, with the advice and guidance of the clergy - just as they presumably entered into the covenant - and always with an eye to the physical and emotional safety of everyone involved.

If you read between the lines there, you hear something like: we don’t want divorce.  We know that ending a marriage is a serious and difficult step.  But if you do it, try to do it thoughtfully, and carefully, and without hurting anyone, if it’s at all possible.

It’s pretty close to the message that I hear coming from Jesus.

It may be hard to hear on the first reading, but if you think about it in the context of that time and that place, Jesus’ words were pretty revolutionary, too.

The Pharisees were trying to trick Jesus.  They asked him his opinion on divorce, because no matter where he fell on either answer that they could imagine, he’d be standing in opposition to scripture.

But Jesus answered like an Anglican - a kind of both/and approach.  He acknowledged the provision for divorce from Moses, but also acknowledged that it’s not the ideal.  But in his answer - he also turned the world a little more on its head.

In the first century, marriage was a contract between two men - the father of the bride and his future son-in-law.  While, in the best of circumstances, women may have had some unofficial say in the matter, the real decisions and logistics of the transaction were left to the men.  The same was true of the dissolution of marriages.  Men could, under the Mosaic provision, issue a certificate of divorce to their wives.  Full stop.  That was as far as the rights would extend.

But Jesus subtly put forward a new world order.  He raised the possibility of women divorcing their husbands.

That could almost have gone unnoticed, but it stands out a little brighter in the context of the next few words - the story of Jesus commanding the disciples to “let the little children come to me.”

You see, the disciples were doing exactly what one would have expected.  People were bringing their children for Jesus to touch them - to bless them - but the disciples were trying to keep them away.  After all, a man as powerful and as important as Jesus shouldn’t be troubled by these unimportant little children.

They were doing exactly what their social order should have expected them to be doing.

But Jesus stops them.  He recognizes the benefit of children - their innocence and their joy.  And he makes space for them in a society that tended to believe that they should have been kept apart.

In this context, the story is less about divorce or even children.  It’s not even so much about the Pharisees attempts at trickery.  The real meat of the Jesus experience is revolution - finding space for those that society has cast away.  In his culture, women and children were no more than property.  They certainly were not reflections of the divine nature.  They couldn’t have been worthy of their own free will and their own share of God’s benefits.

But Jesus said that they were.

In the midst of painful realities and divisive social structures, Jesus saw opportunities for unity and relationship and dignity.

He ran full-speed into the brick walls of his cultural reality and broke through to reveal not just answers to the questions that were troubling the philosophers, but new ways of seeing and celebrating the world and it’s people.

The truth is, divorce is a sad and painful thing.  And I think our church is in line with the teaching of Jesus in saying that it should be avoided to the degree that it can be, but that the principle concern is for the health and well-being of the people - not just the preservation of the institution.

The institution will be fine.  Don’t worry about it.  Our real concern - as a church, and as Christians, and simply as people - is for the well-being of other people.  Particularly for those people that society most thinks are “other”.  That’s what Jesus really came out in favor of in today’s gospel.

It’s not really about divorce.  It’s not even about children.  It’s about subtly making space in our understandings of the Kingdom of God for all of those who really are already a part of it - without all of those unimportant limitations that we still sometimes try to impose.  There’s always room for more.