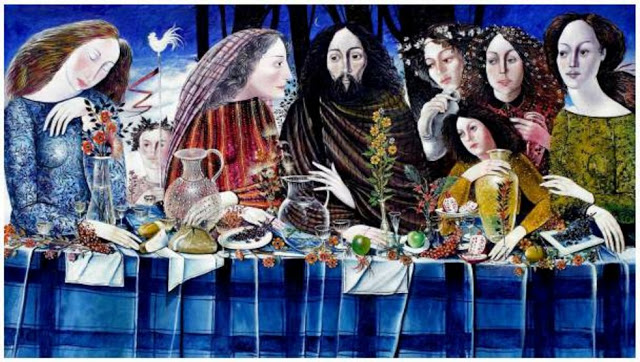 In the name of God: our Spirit, our source, and our sustenance.  Amen.

The truth is, I’ve always been a little bit troubled by the story of the Wedding Miracle at Cana.  When I was visiting the site where the miracle supposedly occurred last March, it was a deeply moving place for many of the people with whom I was traveling, but of all the sites we visited, it was the least significant to me.

Many of the people on the pilgrimage, at least, had the point of reference of having been married.  The Book of Common Prayer points to this miracle as a sign of Jesus’ blessing on the institution of marriage.  But as a single person, I didn’t share that connection.

In almost all of the miracles that we hear about throughout Jesus’ life, there always seems to be some larger purpose attached.  Hungry people are fed, sick people are healed, and dead people are raised.  Serious needs are seen, and Jesus, moved with compassion, eases the people’s suffering.

But in this miracle, that aching human need seems to be missing.  Certainly the hosts of the wedding banquet would be upset if the wine were to run out.  It might be embarrassing for them.  It might even make for a lackluster end to the party.  But it hardly counts as suffering.  It hardly seems to meet the standard for miracles that seem to exist elsewhere in the Gospels.

Perhaps the most convincing argument I’ve read about the significance of the miracle at the wedding feast was one that said that the point of the story is one of God’s commitment to revealing abundance - that it brings God joy for us to share in joy, and that God couldn’t allow the wine to run out, because God so wanted to party to keep going.

That’s certainly a nice thought.  But it doesn’t really hold up to scrutiny.

If the threshold for God’s direct intervention in the form of miracles were the avoidance of annoyance, it seems like there would be quite a few more miracles around.  If that were the threshold, I think I’d find myself stuck in far fewer traffic jams, at least.

But the other stories of the Bible don’t stand this test, either.  Throughout the Bible, we hear of great suffering - before, during, and after the life of Jesus - not to mention the unimaginable suffering of Jesus and his closest friends at the end of his life.

Of course we always know that suffering is never the end of the story.  We always know that in the midst of the Good Fridays in our lives, God is stirring in the background tilling up a new Easter.  That is the underpinning of our faith.

But even so, the wedding miracle at Cana somehow doesn’t fit. 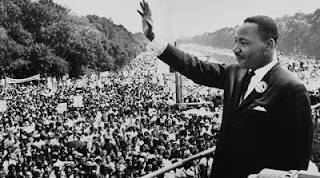 In our wider culture, this weekend we are celebrating and remembering the life of the Rev. Dr. Martin Luther King, Jr.  Of course, that’s a secular observance, and these lessons weren’t chosen to attempt to bring Dr. King to mind.  But as I’ve been thinking about Dr. King this week in the context of today, a quote of his keeps running through my mind: he said, “The arc of history is long, but it bends toward justice.”

It’s kind of like that old cliché: “Rome wasn’t built in a day.”  Dr. King was reminding us that great things take time.  Sometimes there are setbacks and delays.  Sometimes we grow impatient.  But, even so, history is on our side.

In the life of Dr. King, there were a great many setbacks and delays.  He was arrested during his working for justice.  He was reviled as often as he was celebrated.  He was even assassinated for his efforts.

But through all of that, the arc of history continued to bend toward justice.

Now, nearly 45 years since his death, we mark this day in his honor with a National Day of Service.  People all across the country come together to do little things to ease the suffering of others.  Each little thing on its own might now be enough to really change the world, but together, they amount to a lot.  And more than even the work that is done, the National Day of Service helps to remind people that there is more work to be done.  It pulls us out of our bubbles of security and comfort and gives us new mindfulness.

Each little thing may seem insignificant, but together, they change the world.

It’s just a step: a first step down a long road.

And the same is true for us.  Most of us aren’t the Messiah, the anointed one of God.  Most of us aren’t even Martin Luther King, Jr.  But as Paul reminds us in his letter to the Corinthians, we do have something to offer.  We are imbued with gifts of the Spirit, each in our own way.  Though our gifts are varied, the Spirit is the same.  And together, when we use our gifts in complement to one another’s, great things can come of it.

The miracle of the wedding feast at Cana may seem sort of strange on its own - even out of place.  Or, perhaps, it has some deeper meaning for you that I’ve not yet found.  That’s okay.  We all have our own gifts of the Spirit.

But either way, we don’t have to take it on its own.

It comes as a single step on a longer journey.

Turning water into wine is not, in itself, salvation.  And it doesn’t have to be - because the arc of history is long.  There is time.  We just need to work together.  Amen.
Good Shepherd; Philadelphia