You stretched out your arms of love... 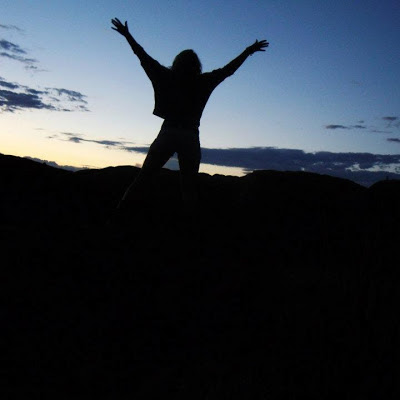 One of my favorite prayers in the Book of Common Prayer is on page 101.  It’s one of the “prayers for mission” that’s part of Morning Prayer.  It begins: “Lord Jesus Christ, you stretched out your arms of love on the hard wood of the cross that everyone might come within the reach of your saving embrace…”

I’ll admit I don’t really like the transactional nature of this image - perpetuating the idea that Jesus’ suffering and death were the only acceptable terms by which we might enjoy salvation.  I know that’s a common and historically significant interpretation of the Christian tradition, but I fear it oversimplifies the saga of our being drawn ever deeper into relationship with God by many means through the millennia.  The crucifixion played a major role in that saga, but so did the resurrection.  And so did the rest of Jesus’ life.  And, God was working to bring us closer long before Jesus, and God continues to lure us into a deeper relationship even today.

So while distilling the whole history of humanity’s relationship with God to one day’s transaction on the cross may be an easy and effective way of talking about our faith, we are mistaken if we start to think it’s the whole of our faith.  The story is much more complex and far reaching than that.

So - oversimplified transactional theologies aside - I still love that prayer.

I love the way it takes the image of suffering and death and sadness, and transforms it into an image of love.

I love the counterpoint between the “hard wood of the cross” and warmth and softness of an embrace.

I love the way it bursts open the too-often closed doors of our expectations about Christianity and paints the picture of an embrace so wide that everyone fits inside.

I love the poetry, and I love the message behind it.

Two weeks ago, we heard the story of Pentecost, when the Holy Spirit birthed the church into the world: stretching the arms of Christ’s love even wider.  Now, we hear a story from the life of Jesus reminding us that this stretching forth isn’t just the will of the Holy Spirit and the commissioning of Pentecost, but that it’s always been a part of the Christ-vision.

In the early church, the followers of Jesus often argued among themselves about whether the Christian movement offered salvation to everyone, or only to the Jews.  Or, perhaps non-Jews needed to convert to Judaism as a first step in their conversion to Christianity?

For some reason, the method by which salvation might be achieved has always been a significant concern for many Christians…

But really, to answer that question, one really only needs to look as far as the life of Jesus.

That’s what I hear in the gospel lesson this morning.

It’s a fairly ordinary story, as the stories of Jesus’ life, go.  He’s wandering about with his disciples.  They stop in a little fishing village on the northern shore of the Sea of Galilee.  Capernaum.  It’s the hometown of Peter - one of the disciples, and Jesus spent a good bit of time there.

Because it was a small town, and because of Jesus’ connections there, and the amount of time he spent there, you might expect that his reputation preceded him.

So when Jesus came back, and this Roman leader heard about him, the centurion had a spark of hope.  One of his slaves was sick and might soon die, and he had heard about Jesus’ power to heal.

The Jewish leaders of the town took the case to Jesus on the centurion’s behalf.  They made the case that this Roman was one of the good ones.  He had dealt with the Jews of Capernaum respectfully and peaceably.  He had even been responsible for the building of their synagogue.

Jesus was moved by the story of this Roman - the foreign occupier of the Jewish people - and he set out to answer his call.

He was a leader of the Roman army.  He commanded the movement of troops and slaves and whenever he ordered anyone they obeyed.  But in the presence of Jesus he felt small.  He was powerful, but he recognized that his power paled in comparison to that of God.

So he sent his people out to meet Jesus and to tell him all of that.  As if in an effort to not trouble him he said, “only speak the word, and let my servant be healed.”  ‘You don’t need to bother to come.’

The centurion - this Roman outsider - had impressed Jesus.  He wasn’t the “right” kind of person.  He wasn’t a Jew.  He didn’t follow the right rules, or associate with the right people, but even so, Jesus could see the goodness within him.  And Jesus celebrated that goodness.

His ‘arms of love’ could stretch wide enough to include even that Roman soldier within the reach of his saving embrace.

Just as the early church wondered about how the process of salvation could work and who it would work for, too often we, too, in today’s church, try to impose our own limits on God’s limitless love.

But the problem isn’t that other people are wrong.

The problem is that our minds don’t stretch as wide as those arms of love.

Jesus sees the good.  Jesus sees the faith.  And he celebrates it.  Even when we can’t, he does.  His arms of love are stretched out widely enough so that everyone might come within the reach of his saving embrace.

Even the Roman centurion.  Even you and me.  Amen.
Good Shepherd; Philadelphia