It’s not always about doing something. 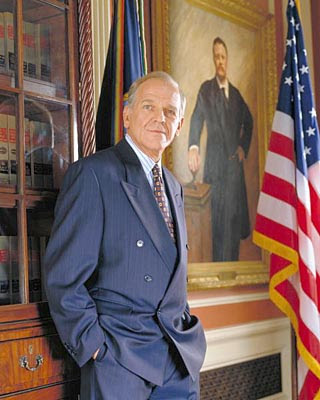 Pretty much every situation I encounter seems to have a West Wing reference that works for it.

This week, as I read the Gospel lesson, I thought of a scene with Leo McGarry - the White House Chief of Staff.

It was one of those awkward, in-between moments in the Oval Office - a speed bump between crises and decisions - when the President asked what he should do next.  Leo says, “This office isn’t always about doing something.  Sometimes it’s about not doing something.”

Last week, in the parable of the Good Samaritan, the moral of the story was, “Go and do…”  Just as the Samaritan had cared for the one who wasn’t like him - just as he had done more than anyone would have expected him to do - we should do the same.

But this week, the moral of the story is a little different.

Martha had welcomed the traveling Jesus into her home.  As soon as he arrived, she set about to the many tasks of entertaining.  But her sister, Mary, wasn’t so consumed.  Instead, Mary sat at Jesus’ feet, listening.

Martha must have been fuming.  There she was, doing everything.

But following Jesus isn’t always about doing something.

In our culture, doing is highly valued.  “What do you do?” - we ask when we meet someone.  We celebrate people who can prove they’re busy.

But faith isn’t always about doing something.  Sometimes it’s enough to simply be in the presence of Christ, and to soak it all in.  Sometimes we do so much that we miss the bigger picture.

Living as Christians means taking both lessons to heart.  We are the hands and feet of Christ in the world.  It is our duty to do the work of Christ for our neighbors: to feed the hungry, and to heal the sick, and to comfort the afflicted.

But sometimes we get “worried and distracted by many things”.  Doing the work of Christ is essential, but when it devolves into worry and distraction, we’re missing the point.

Sometimes, the “better part” is sitting at the feet of Christ and taking it all in.  Sometimes we’re called to “go and do”, but sometimes, what we need most is to learn, and to listen, and to love.

The challenge is to lead a life of sufficient discernment so that we know which job is when.  When to do, and when to be.

Jesus’ lesson was probably frustrating for Martha.  When we’re wrapped up in doing, we often can’t even think of anything else other than getting done.  Maybe she had a “light bulb” moment right then, where it all made sense, but more likely, she found the whole exchange really annoying.  It probably wasn’t until much later - maybe even years later - that she figured it out.

Maybe sometime after he’d died she began to realize that moments with Christ are fleeting.  They shouldn’t be taken for granted.  They’re a rare gift.  When one comes along, we can’t waste it by being “worried and distracted by many things”.  We need to embrace those moments.  We need to revel in them.