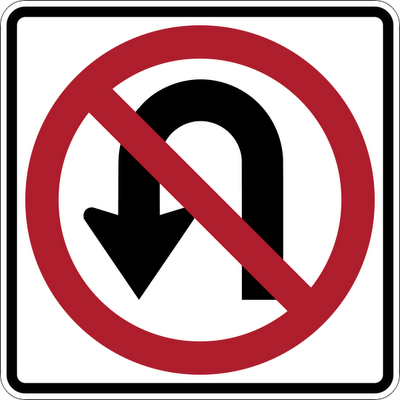 Sometimes I think these miracle stories of Jesus’ might sometimes make us feel more distant from him.  Later in John, near the end of the book it says, “Jesus did many other signs, which are not written in this book.  But these are written so that you may come to believe that Jesus is the Messiah…”  So that, the writer says, is the point.  The stories of these signs and wonders are written and shared “so that you may come to believe”.

The problem, however, is that sometimes they can seem to drive a wedge.  Rather than making us feel closer to God, in the light of our everyday experience, they may make us feel more distant.

I remember, as a child, one of the questions that came up from time to time when I was in Sunday School was, why aren’t there miracles anymore?  As an adult, of course, I’ve learned that there are still miracles.  Most of us can see them everyday, if we train ourselves to recognize them.  But it’s true, that miracles don’t tend to be as dramatic as the kinds of things we see in the gospels.

The other difference is, we’ve gotten pretty good at explaining and understanding our miracles.  Or at least we think we do.  We’ve probably all seen videos on YouTube of people hearing for the first time after activating cochlear implants.  Just earlier this week I saw a particularly sweet video about an engineer who had developed a hobby of modifying children’s electric ride-on toys as a cost-effective way of offering increased mobility to children with physical disabilities.  If that wasn’t “miracle” enough for you, he not only does this free of charge, but after he’s mastered each creation, he posts the plans for each project online for anyone else who might need it to download for free and to build their own.

There are most certainly still miracles.  It would be hard to deny that.

But as much as the miracle plays an important role in the story we read today, I would argue that the story of the man who was blind from birth receiving his sight isn’t so much about a miracle - the physical change, as it is a story about a conversion - the spiritual change.

That’s the point that I think most of us can relate to.  We may not have seen very many physical miracles in our time - at least not physical miracles that we couldn’t explain away through the miracles of science, medicine, and technology.  But we’ve all seen and known conversion stories, both in ourselves and in others.

One question that people love to ask me is: how did I know that I wanted to be a priest.  I think I’ve talked before about how that’s really the wrong question to ask - it’s not so much that I “wanted” to be a priest, it’s just that I am, and in some ways always was.  I only needed to figure out how to live into it.

But what people are usually asking for, when they ask that kind of question, is they want to know about my conversion experience.  They want to hear about how I saw a burning bush, or heard the voice of God, or experienced a miracle.

I have a few “stock” stories that I tell that get at the story of my sense of call.  They hit some of the highlights, and recount some of the bigger moments in my development.  But like all of us, those “highlight reels” don’t really tell the whole story.

Like your story, my story is one of nearly countless conversion experiences.  Some were and are bigger than others.  Some were explicitly about my relationships with God or the church, but many more weren’t.  Sometimes they’re stories of moments of clarity that accosted me out of nowhere, but very often their stories of dim half-understanding peeking through heavy clouds of confusion, ignorance, and self-doubt.

There is no one great moment that made me follow Jesus.  Instead, there is a lifetime of conversions.  And they didn’t end in that moment when I became a priest.  That was a big moment, to be sure, but I still need to be converted into a follower of Jesus almost every day.

If only that were true!

It is true that there is “no turning back” from conversion experiences.  They always leave us changed, and we can’t go back to being the people we were before.  Those people are gone.  But there are always moments when we could just as easily turn away from following Jesus - sometimes more easily.  That’s why we keep needing those conversion experiences - to keep us from turning back.  To keep us turning forward.

We don’t know much about the man who was blind from birth, but who was made to see.  We can infer what his life might have been like before that conversion experience, but we can’t really know what it was like after.

If he went on to live a long life after that moment, I wonder what he must have experienced.  I wonder if he forgot what it was like before.  I expect, at some point, there must have been occasions where doubt crept back in.

I wonder, if he, as an old man, had written an autobiography, how much this story would have played into his whole story.  Did everything that he saw get interpreted through the lens of the moment he came to see?  Did he come to resent it for defining him more than he would have liked?  Did he gain new insights, or did he simply become too distracted by all the new stimuli to notice?

One thing I would bet is that if he lived long enough, meeting Jesus and being made to see wasn’t his only conversion experience.  I bet smaller conversions came in rapid-fire succession in the days that followed, as he saw the world around him with new eyes.  And I’d bet that sometimes it wasn’t easy for him to see the things he’d previously been missing.  I’d bet there were even times when he wished for his earlier blindness.

If he didn’t turn back, he probably needed to keep having conversion experiences to keep him turning forward.

In our own journey together through this year as a community, we’re a little more than halfway through Lent.  There’s less left than what we’ve already seen.

There almost certainly have been miracles among us - but probably not like the kind that we heard about today.

The question is, how have we been converted?

Have we decided to follow Jesus?  Will we turn back?

It takes a lifetime of conversions to follow Jesus.  The experience of Lent attempts to give us a framework for that.  There certainly have been and will be big, defining moments - moments when we stop being blind to some things and see the world with new eyes.  Those may be the moments we tell about - the big ones - but all of the other little conversions are the “no turning back” moments.  Those are the moments that shape our lives, a little at a time, into lives lived for Christ.

There is no turning back.  May we always be turning forward.  Amen.