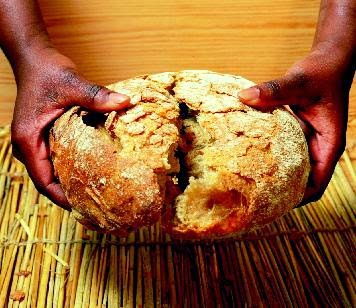 
In the name of the Father, and of the Son, and the Holy Spirit.  Amen.

It’s partly a myth that’s thrust upon us, but also partly one we too easily embrace for ourselves.

One of the methods of training that we priests have is that we spend some time working in hospital chaplaincies.  It’s called Clinical Pastoral Education.  During that program, we spend time worshiping and studying methods of pastoral care in an ecumenical context, but the vast majority of the time is spent providing pastoral care for the patients of the hospital and reflecting on our experiences.

Each student is assigned a particular area of the hospital to serve as the primary provider of pastoral care.  In the hospital where I studied, we each had two units - one more general unit, like orthopedic care, or oncology, or something like that, and one critical care unit - be it the ICU, or the CCU, or the NICU, or the Neuro-ICU.  Beyond that, we also had to regularly serve as the chaplain on-call on overnight shifts.

Each week, as a part of the training, we had to meet one-on-one with the program supervisor to discuss what we had encountered, and perhaps more importantly, how it was effecting us.

I remember vividly one week after I had just had my first on-call night.  I was the chaplain on-call on the eve of my 29th birthday, and I had spent that night sitting at the bedside of an old man who had suffered a massive stroke earlier that day and was actively dying.  His daughter was with him, and she had no one else.  It was just the two of them and she was navigating her father’s sudden and surprising death.

As that week progressed, it seemed that every time I walked into a room, someone was dying.

In the course of just that one week, I had been actually present in the room as three people let go of their last breaths, and I had prayed with grieving family members on four other occasions just moments after their loved one had died.

While I maintained composure, and tried my best to provide thorough and nurturing pastoral care to everyone I encountered, I felt the weight of my work heavily on my shoulders in everything else I encountered that week.

Being God’s representative in some of these people’s most difficult times was wearing me down.

When I spoke the CPE supervisor that week, one of the things I talked about was how much I was dreading going to the church where I was working on the following Sunday.  She asked why, and I explained that I simply couldn’t bear having to be so happy.  That I was feeling broken from the week that I’d had, and that the idea of having to act like everything was okay was simply too much to bear.

I think I expected her to be compassionate.  I expected her to say something like, “It will be okay, just find a way to get through it.”  But instead, she surprised me.  She said, “Why do you think you have to be happy?”

I said something stupid, like, “It’s my job, isn’t it?” or something equally un-thought-out.

She just said, “Why do you think it’s your job to be happy?  You’re going to be a priest, right?  Does a priest always have to be happy?”

It was a very unsatisfying conversation for me.  In that moment, she didn’t give me any quick skills to bear the burden I was feeling.  But I’ve thought about that conversation a lot in the years since then.

The myth that Christians are supposed to always be happy and fulfilled and “have it all together” is not only untrue, it’s short-sighted and misguided.

The principle image for our faith is a cross.  It’s been co-opted by the faith for thousands of years now, so we’ve largely forgotten what it initially meant.  But in Holy Week, in particular, it’s important to remember that it wasn’t always a sign of hope.  It started out as a symbol of torture, destruction, and pain.

And on this night, when we remember the institution of the Holy Eucharist, the image goes even further: “he took a loaf of bread, and when he had given thanks, he broke it and gave it to them, saying, ‘This is my body, which is given for you.’”

It’s not an easy lesson to learn, but it’s important for a mature faith to grow.

Easter morning will come.  As the psalmist says, “weeping may spend the night, but joy comes in the morning.”

With the sure and certain faith that Easter and joy are on their way, it’s okay to be a little broken right now.  Sometimes God works through the brokenness.

I had to learn that for my priesthood.  I can’t be strong enough to bear everyone’s burdens.  None of us can.  But we can learn, through our brokenness, to depend on the strength of God, even when the world is heavy.

That’s the best gift we, as Christians, could give to the world: not to feign perfection, but to live into our brokenness.  To show the world that the love of God is strong enough not only to overcome brokenness, but to use it.

That’s what I think about each week as I see the bread broken.  We don’t hide the brokenness.  We lift it up.  We celebrate it.  Because it’s only through brokenness that the bread can be shared.

And that’s the gift we receive in the Holy Eucharist: brokenness that nourishes.  Amen.
Good Shepherd; Philadelphia