"Somebody has got to play fair with us in the end." -- Elaine Stritch 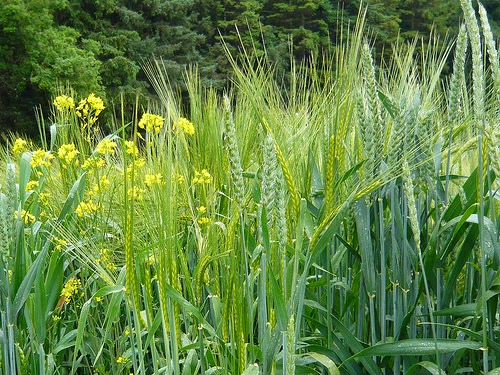 One of the problems of preaching the parables - hearing and discussing the heart of Jesus’ teaching - the words we most closely attribute to him - one of the problems that brings for us in the church, is when his words make us uncomfortable.  When he teaches something unlike what we’re comfortable having taught.

This seems to happen in the parables a lot.  Particularly in Matthew’s account.  Too often the end of the story bring someone being thrown into a fire, and weeping and gnashing of teeth.  It’s just not what I most want to hear from Jesus.

This week we hear another parable set in the world of agriculture.  Seeds are sown again.  Last week we heard about seeds falling in the various places seeds might fall: where they were meant to fall, certainly, but also in a lot of other places.  Places that can’t sustain seeds.  Places where they fail to meet the potential for which they were designed.

This week we hear about another plight of the humble seed.  Seeds are sown - this time where they’re meant to be sown: in the field.  But they’re not alone.  Under the cover of darkness, an enemy comes and sows more seeds.  Not wheat.  Nothing that brings goodness and sustenance.  Weeds.  The very kinds of weeds that we heard about last week that would steal nutrients from the wheat, and cut the plants off, and choke them.

The problem is, no one noticed it until it was too late.  The weeds and wheat had grown together.  There was no way of killing the one they wanted out without also taking out the other.  The only solution was to wait until the wheat was mature enough for the harvest, and separate the good grains from the destructive grasses after uprooting it could no longer do any harm.

I’m sure Jesus must have meant for this parable to be a comfort to his followers.  Like all people in conflict, Jesus’ followers saw themselves as valuable wheat and their opposition as choking weeds.  It’s easy to imagine Jesus trying to tamp down the beginnings of violence within the ranks of his followers.  There were probably those who wanted to simply tear the weeds out.  But Jesus knew that doing so would hurt the wheat as well - not just the weeds.

That’s the way it is.

I’ve told you before about my summer habit of re-watching some favorite television shows on Netflix or DVD.  Once the networks enter their summer hiatus there’s not much on, and it’s easier to re-watch old shows than to search for something that’s worth my time. 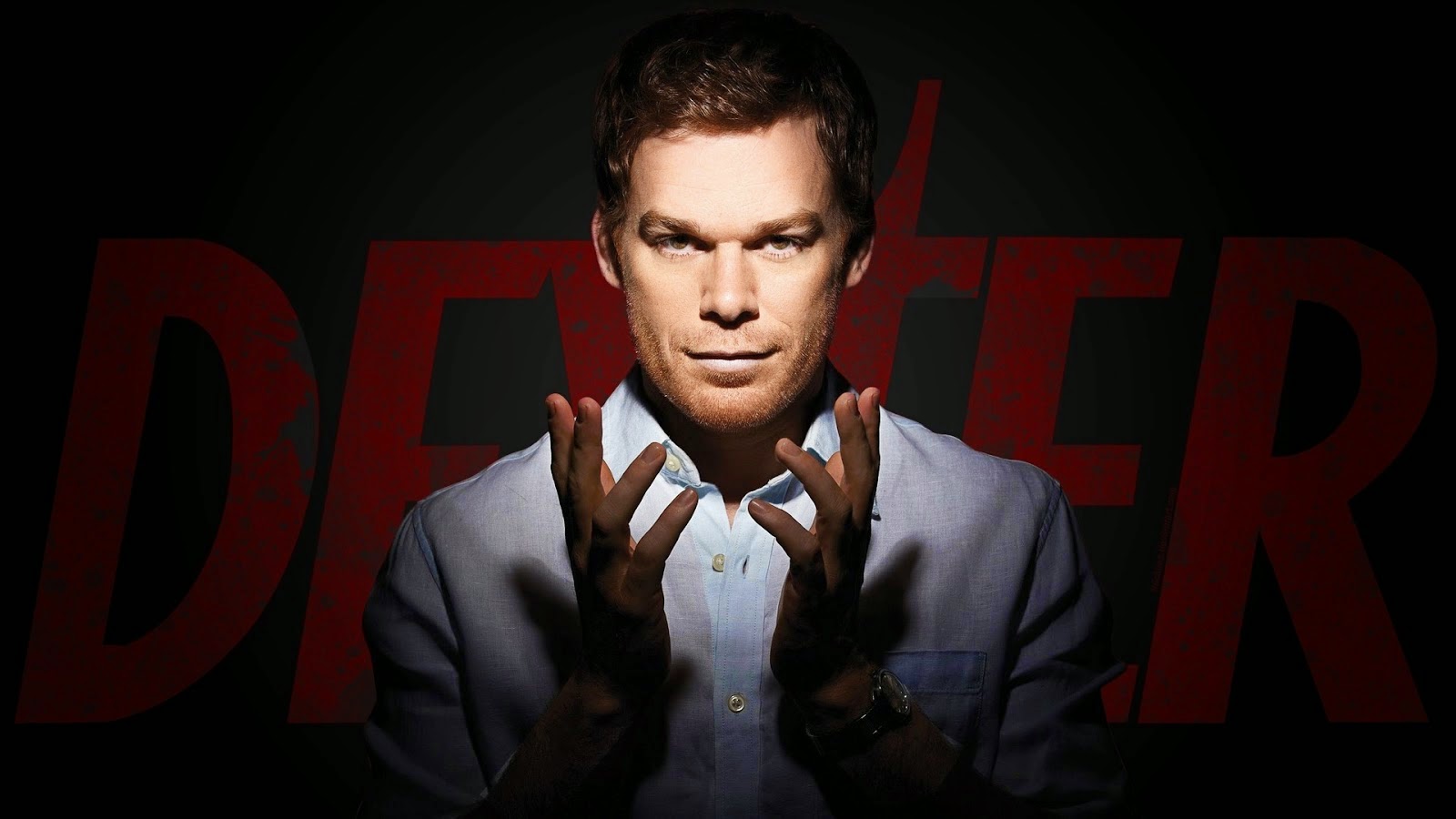 For a while this summer, I’ve been watching Dexter again.  In case you’re not familiar with it: it was a series on Showtime telling the story of a serial killer who  At one point in the series, Dexter finds himself in something of a relationship with a woman who had been abused, and who had barely escaped a group of men who were planning to kill her.  Through the course of the season, Dexter and his companion set about hunting down and killing all of the men who had been her abusers.
only kills other criminals.

During one of the final kills, the woman announces to Dexter that she wants to do the killing this time.  She doesn’t want him to do it for her anymore.  As they’re discussing it, Dexter warns her: I’ve done this before.  This is a part of who I am.  But once you do this, you can’t ever take it back.  It will change you.

I think that’s part of the message that Jesus is trying to teach his followers.  The weeds may be problematic.  They may be a nuisance.  They may even be depriving the wheat of what it needs to thrive.  But eliminating it will hurt more than just the weeds.

It’s a lesson that we’d be wise to heed in the troubles of our world.  This has been a heck of a week on the global stage.  Tensions between Israel and Palestine are heating up to terrifying degrees.  Tens of thousands of unaccompanied children have made a harrowing journey from Central America to try to find peace in our land and to escape from the brutality and fear that they faced at home.  In the ongoing tension between Russia and Ukraine, an airplane full of innocent civilians was shot out of the sky and each side is blaming the other.

In each of these scenes each side thinks it’s the wheat and that the other is the weeds.  Each stalk of self-proclaimed wheat is willing, if not eager to pull the ones they see as weeds out of the ground.  But like Dexter warned his friend, and like Jesus warns us in the parable, we can’t harm the other without harming ourselves.  It damages us to hurt another. 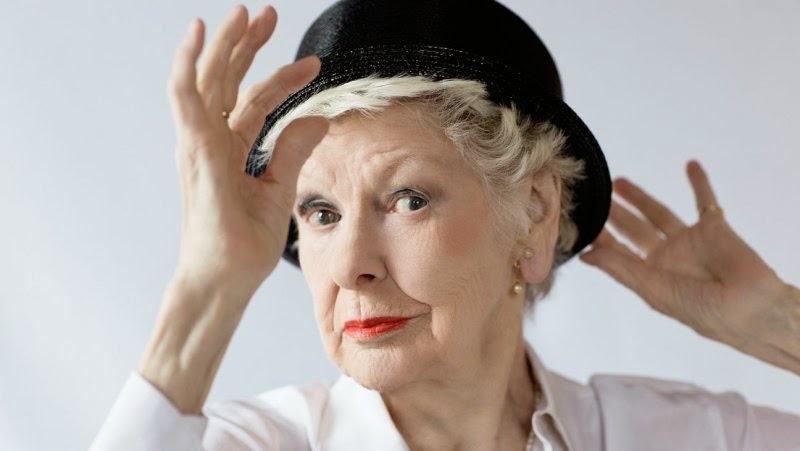 Earlier this week, Elaine Stritch died.  She was a Broadway veteran among Broadway veterans.  She was revered in the community - even if sometimes maligned by the industry.  She was brassy and brave and she wore her shortcomings and her challenges just as proudly - if not more proudly - than the accolades that she often received.  The New York Times posted a video online of an interview that they’d done with her several years ago.  The interview was clearly a retrospective - a kind of living obituary for herself.  Among the questions she answered, she was asked what she thought about death and the afterlife.

As if she were preaching this parable for us today, she said, “What an adventure it’s gonna be!  And if it’s nothing…  Are you kidding?...  Nothing comes from nothing…  If it is nothing, it’s nothing.  But I don’t think so, though.  I don’t think so.  Too many people are getting a raw deal, you know?  You gotta even the score here someplace.  Somebody has got to play fair with us in the end.”

Jesus’ comfort to us in the midst of this raw deal is that somebody is gonna play fair with us in the end.  It doesn’t do any good for us to sort out the good from the bad - the evil from the righteous - the wheat from the weed.  We’re not very good at it anyway.  When we try, we invariably hurt ourselves and those around us.

But the raw deal isn’t the end of the story.  Maybe you’re like me, and you get a little uncomfortable when you start hearing about some being “thrown into the fire” and the “weeping and gnashing of teeth”.  Those are never my favorite parts of the Bible.

Throughout the world we hear a lot of proclamations of who is evil and who is righteous.  We hear people shouting about who is the wheat and who are the weeds.  You can hear that everywhere you turn.  But even in the midst of all of that, listen for the gospel.  Listen for those subtle bits of truth that build you up.  They’re sometimes harder to hear, but it’s worth it to try.  Amen.
Good Shepherd; Philadelphia