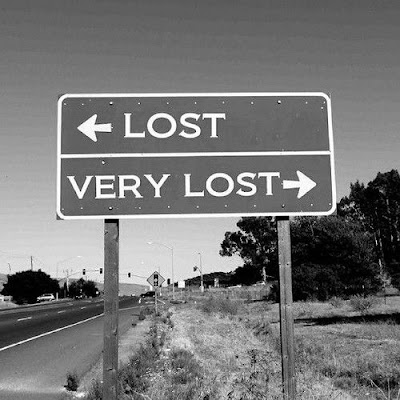 Today’s Gospel lesson is the first in a series of parables and teachings of Jesus that continue throughout the fifteenth chapter of Luke, that all deal with loss.  Today we heard a couple of the more familiar ones: the parables of the lost sheep and the lost coin.

It’s almost impossible not to hear these stories today as though they were anything other than speaking to our own national loss that we recall from fifteen years ago.  It was a day of deep and profound, almost unspeakable loss.  It was felt here, in these communities, in visceral and acute ways, but it was also felt very deeply all around the country, and even around the world.  Even among those of us who didn’t experience the loss of a loved one, we all experienced loss.  And, for our society, more broadly, it was regrettably a loss of innocence that we hadn’t even known that we had.

And by no amount of searching will we reclaim what was lost.  We were changed forever.  It wasn’t like a coin or a sheep.  It was something deeper.

This lesson is one of those that we, in communities of faith, often struggle with.  How could Jesus have advocated leaving everyone behind to search out the lost?  Might we not be better off holding tightly to all that we have to avoid further loss, rather than leaving behind all that we have to recover what was lost?

My father and I were talking about these parables a few weeks ago, and we were discussing precisely that problem, as we were thinking about challenges that we saw in our communities and all around us.  We found that usually, the problems that we face, and the loss that we encounter, isn’t quite as clear-cut as it seems to be in the parables.  Very often, it’s hard to discern which of the sheep are lost and which aren’t.  The world is just a little more complicated.

But as we were talking, it occurred to me that what we’re talking about here, isn’t really the “lost” and the “found”.  Instead, the real issue here, and if you’ll notice in Jesus’ teachings throughout his life, the real issue everywhere, is more about recognizing the differences and the different needs between the ones who are secure and those others who are vulnerable.

The coins that were accounted for were secure.  The one which had fallen away was not.

The message of Christ is that we are to advocate for the vulnerable.  We are to seek out those who are alone and help them to be more secure.  We are to strive for oneness and to eschew isolation in all its forms.

Most of us remember what is was like in those days following September 11th fifteen years ago.  Despite all that we had lost, there was a real sense of oneness that held us together, even amidst previously unimagined uncertainty.  But sadly, it wasn’t long before that oneness grew into a united front in the face of a common enemy.  And, among many, that has since distilled into a seething hatred and distrust of anyone who is suspected of being outside the oneness to which we once were clinging.

Almost without our noticing, oneness has faded into division.  Our striving for our own security has increased everyone’s vulnerability – even our own.

When we think of the story of the shepherd leaving the heard to find the lost, we can sometimes fear abandonment.  How could he have left us alone?  Why was that one so important?

On this solemn day, when we consider all that we have lost, we would be wise to remember all of the ways that we have become lost.  Christ is calling us home.  The more lost we are, the more we are being called.

There’s and old southern hymn that goes like this: