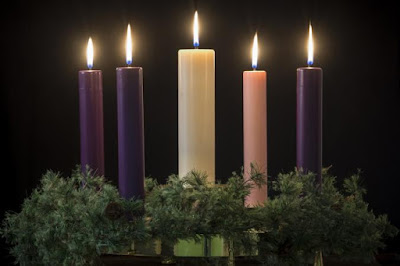 Advent is the time when we prepare for Christmas, but even more, it’s the time when we prepare for Christ.  One of the things you’re likely to hear most often in our worship at St. David’s is that we are called, as Christians, to keep looking for Christ in the world around us.  During Advent, we live into that calling in a different way, joining with our ancestors of the faith from those millennia ago: the people of Israel who would become the first Christians – even before there was a name for this band of followers of Jesus who came to believe that he was, indeed, the Messiah, sent from God.

We hear it and say it again and again, year after year, but it’s important to remember that the Christ did not come as expected.  The ancestors of our faith believed that the Messiah who had been promised and long-expected would come as a mighty king – one who would overthrow their oppressors and make them free.

When we look for Christ, it is entirely possible – even likely – that “packages” won’t look as we’d probably expect.  In fact, if the character of God remains consistent, Christ is almost certain to not look like we’d expect.  So don’t just look for Christ in church.  Look under the rocks, and around the corners, and in the dark alleys, and at the homeless shelters, and even in the faces of the grumpy people waiting in lines at stores and frustrated in traffic.  It has been promised: when we seek, we will find.