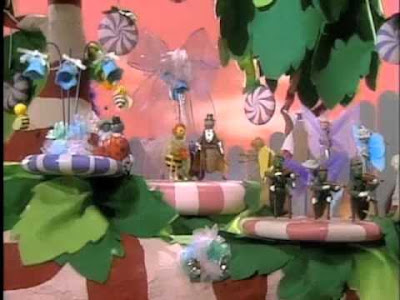 
In the name of the Holy Spirit of God, which informs, enlivens, and inspires us.  Amen.

Last week, we heard the story of Jesus’ first miracle.  Today, it’s the story of his first teaching.  The story begins with the writer telling us that this man had been praised by everyone.  So he goes into the synagogue, takes the scroll, and reads this passage about the good news that God has in store for the people.  If you’ve ever heard that song that was made famous in the Great Depression era, “Big Rock Candy Mountain” – this is the kind of good news Jesus is reading about.

To the Jewish people of Nazareth, oppressed and occupied by a foreign government – the news of the prophet Isaiah sounds like the kind of fantasy that’s sung about in “Big Rock Candy Mountain”.

The Big Rock Candy Mountain was a land that, during the Great Depression, sounded too good to be true.  It was a land where everyone’s wishes – however frivolous – had been granted.  Where want gave way to gladness.  A land where life was easier than it is, here in the real world.

That’s what the people of Nazareth heard: “He has sent me to proclaim release to the captives and recovery of sight to the blind, to let the oppressed go free…”  Everything that’s been holding you back will suddenly be released – and you will be free to prosper.

After reading these words – this promise – Jesus gives the people of his hometown his first teaching.  He says, “Today this scripture has been fulfilled in your hearing.”

That’s the first lesson.  The “too good to be true” that you’ve dreamt about and only scarcely imagined – it’s now here.

Were it not for faith and the context of the rest of the story, I’d assume this guy was pretty full of himself.  And the thing is, the people of Nazareth didn’t have the context of the rest of the story that we have.  They only had what was right in front of them.  They knew this now-famous guy that had grown up with them had come back to town, and now he was claiming to be ushering in the good times that had been promised for so long.

Next week we’ll talk about their reaction.  But spoiler alert: it wasn’t particularly great, or warm.

But this week – since we do have the benefit of context, we can see that what Jesus was doing – just after his baptism, and his time of temptation in the wilderness, as his fame began to grow – what he was doing was claiming his place in the community.  He asserted that he belonged there, in the place of authority, interpreting the scriptures.  He asserted that he belonged there, bringing the good news of God’s salvation to everyone.  He asserted that his place, in the story of God, would be about bringing good news to the people and places that needed it most.  About bringing joy and relief to peoples most burdened.  Jesus was claiming that his mission on earth would be about reaching out to those most often looked down upon and forgotten.  He was filled with the power of the Holy Spirit, and wanted to use that power to lift up those that life had left low.

Not too long ago, I stumbled again upon some words from a Presbyterian leader that have now become sort of famous in church circles.  She said that the Holy Spirit was the one thing that the early church had going for it.  They didn’t have culture on their side.  They didn’t have the support of the civil leaders of their time.  They didn’t even have buildings or budgets or all the other things that we often spend so much of our time thinking about.  But they did have the Spirit.  We do have all that other stuff, she said, but are we, today, filled with the Holy Spirit of God?  Is that what motivates us and informs us?  Is that what inspires us?

The “stuff” that has come to mean so much of what the church is about today can be helpful if it strengthens us for the work of the Spirit.  But if the stuff is our only goal – if it takes the place of the Spirit in our ministries – is it really worth it?  And how can we really tell?

Well, one way is to measure ourselves and our ministry against that Big Rock Candy Mountain.  We may not see our ministry as being like prosperity growing on bushes or streams flowing with lemonade, but does it have that effect on the people we’re serving?  A box of pasta or a can of beans may not mean much to you, but imagine what it does for that family in the food pantry who walks in, trying to make their pennies stretch to another paycheck.  Buying a voucher after church may just take you a second, but think about what it means for the struggling, young mother who can take advantage of supplies of diapers and formula to help raise her child?  All the aspects of the meals we prepare for the St. Paul’s men’s shelter may seem simple – sometimes they may even seem like something of a chore that has to be completed.  But can you imagine what it means to that man who works all day, and even so, still can’t afford to secure a home of his own.  Imagine what it feels like for him to walk into that shelter at night to have a warm meal waiting for him.  The food nourishes his body, but perhaps even more importantly, the reminder that someone cared enough to bring it can help to nourish his Spirit.  Our work feeds these men in ways that we can hardly fathom.

We don’t do these things and all the other things we do in our ministry to feel good about ourselves.  We do them to bring good news to the poor.  We do them to proclaim release to those held captive.  We do them to help those who have been blinded by the harshness of life to begin to see the goodness of God.  We engage in acts of mercy and goodwill so that today, the scriptures can be fulfilled in our hearing.  That’s what it means to follow Christ.  That’s what it means to live on the Big Rock Candy Mountain, and to invite others around us into that good news we know and proclaim.

May the work of the Holy Spirit always be manifest in our lives, in our faith, and in our work.  Amen.
St. David's; Kinnelon