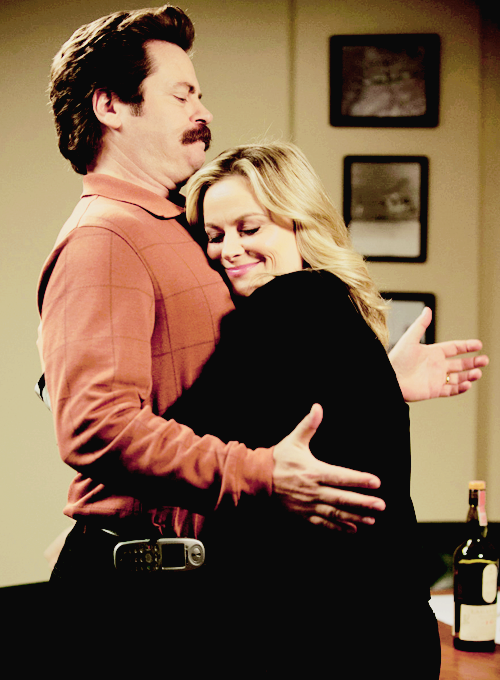 In the name of the God of dreams, and possibilities, and resurrection, and life.  Amen.

Michael and I have cable in the house, but, beyond the news, and football, and sometimes the weather, we almost never watch TV live.  In fact, very often, with some of television’s most iconic shows in recent years, we never watched the first episode until after the last had already aired.  So I never worry too much about being behind the times with Game of Thrones or the Handmaid’s Tale or whatever else people are talking about – because I figure we’ll catch up someday.  Or, if we don’t, people will have stopped talking about it, and it won’t be important anymore.

Here lately we’ve been re-watching a sitcom that’s been off the air for a few years, “Parks & Recreation”.  It’s the heartwarming story of Leslie Knope – a dreamy-eyed, idealistic government employee – the Deputy Director of a small town’s Parks & Recreation Department, whose love for government service (and the people she serves and the people with whom she serves) guides her every moment.  The director of her department, Ron Swanson, is everything Leslie is not – a cynical, reclusive, anti-government Libertarian whose sole purpose in government service is to try to dismantle it from the inside.

But despite their differences, Leslie and Ron become great friends.  Though they disagree with each other on just about everything, she accepts him as a sort of mentor, and through the telling of her story, in their one-on-one conversations, he becomes a sort of embodiment of her conscience.  And whenever she is at a cross road, he is there as a guidepost, pointing her toward her truest self.

There’s a moment as the series progresses, when Leslie’s world seems to be falling apart.  She had run for City Council and been elected, but before she could serve her full term, she was recalled.  She returns to her old job at the Parks Department and struggles to find her place in the office that had kept running in her absence.  She wants to put everything back like it was before, but she can’t.  Things kept moving forward, even while she was briefly away.

Exasperated, she sits with Ron and asks, “Does this department even still need me?”  Matter-of-factly, he says, “It does not.”  He points out that she spent a decade building an efficient, productive department, and now, that’s exactly what it is.  But more importantly, Ron reminds Leslie of her deeper truth.  He says, “You won’t be here forever.  We both know this is just a weigh station for you, on the road to bigger and better things.”  In her fear of failure, she just wanted to rebuild the world where she last felt secure, but her conscience reminded her that, despite the setback, she wasn’t done yet.  She had to keep dreaming bigger.

As Jesus met James, and John, and Simon, he found them in a moment of loss.  They’d wasted a night fishing, with nothing to show for it.  Their livelihood was imperiled.  But Jesus pushes them out again, sends them deeper, and the fish are so abundant that they nearly tear the nets.  There’s more than they can handle.  It nearly sinks the boat.  Their shock at the abundance turns to horror at their unworthiness.  But Jesus pulls them back into focus.  “Don’t be afraid,” he says.  “From now on you will be catching people.”

One of the most iconic moments of our Diocesan Convention last week was when Bishop Hughes spoke of the financial concerns of so many of our congregations, and the ways that we allow that to limit our visions of the ministries to which we’ve been called.  In a moment of unbridled poetry, she said, “We dream down to meet our budgets.”

The same is true for us.  We are called to greatness – to the ministry of Jesus Christ in the world around us.  It’s normal for us to stumble, everyone does it.  It’s normal for us to get bogged down in the day to day realities of life, and to forget the divine love of God that enfolds us and supports us and empowers us to face the world.  But the “bondage of our sins” that we prayed about earlier today – that bondage is the stumbling, and the getting bogged down.  That bondage is the veil of thinking that stumbling is all there is.

In Paul’s letter to the Corinthians, he speaks of his own stumbling.  He was one who persecuted others.  He was one “untimely born” – he missed the first-hand revelation of Jesus that those first apostles knew.  “But by the grace of God,” he says, “I am what I am, and God’s grace toward me has not been in vain.”

There is no dream big enough to encompass all that God has in store for us.  But together, our best dreams can bring us closer.  Thanks be to God.  Amen.
St. David's; Kinnelon