Finding Fertile Ground in a Pandemic 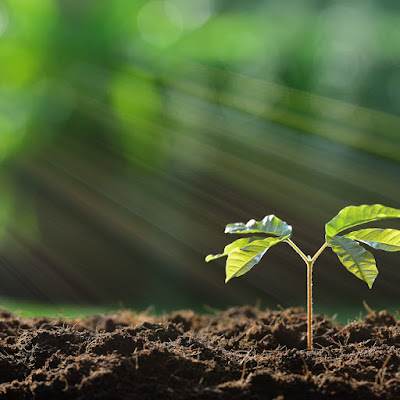 In the name of the One who gives growth.  Amen.

I’ve reached the point in this pandemic where so many things that used to feel utterly bizarre are now becoming completely normal – so much so that I’m actually almost shocked when I see things the way they used to be.  For example – it never really occurred to me to wear a face mask.  When I used to see people in countries that faced the first SARS epidemic a few years ago, I even thought they were overreacting.  But now, Michael and I will be watching TV in the evenings – streaming some TV show that was created before this all began – and when I see the actors in a bar, or on the beach, or at church, my first thought is usually about how they’re not wearing a mask.  Then my second thought is about how they’re not “physical distancing”.  Sometimes it’s downright distracting.

Well, that same sort of distracting happened again this week when I was reading the Gospel.  This account from Matthew tells us that Jesus left the house where he had been to sit by the sea.  “Such great crowds gathered around him that he got into a boat and sat there, while the whole crowd stood on the beach.”

The story is very familiar to most of us.  We’re told of a farmer who went out to scatter seed, but not all of it landed in the best places.  Some of the seeds landed on the path, where they could never take root, only to be eaten up by the birds.  Some landed among the weeds, so when it grew, they choked it down.  Some seeds landed in rocky soil, that kept them from fully taking root and maturing to their best ability.  Then, when the sun came, they weren’t strong enough to withstand it, and they were scorched and died.  Finally, some fell on the good soil, and they grew and produced abundantly.

It seems pretty clear.  Grow deep.  Grow strong.  Don’t be seduced by the distractions that can choke the life of God’s will out of you.  Don’t be shallow and susceptible to the forces of evil that can pick you off.  Strive to be the seeds in the good soil, where the Good News of God will flourish within you, and grow deep and strong, and yield abundance – enough to feed everyone around you.

But what is the good soil?  When I was growing up, I heard this as a judgement against people.  But in the age of COVID, I’m wondered how we can see our circumstances – and the ways that we use them – as the soil.

I think for most of us, we’re seeing these days of pandemic and isolation as rocky times – times when we’re prevented by circumstance from really taking root and growing.  With the world as we knew it so far removed from our current realities, it can be hard to imagine our calling to bring the Good News to people as having any fertile ground to grow in.  But the truth is, this pandemic has forced us to acknowledge the rocky ground that was already around us.  When everything was going our way – when anyone could come to church, when money was easier to come by, even in the “good old days” when the Sunday School was overflowing and we had to keep building new spaces to keep up with it all – when everything was going our way, even then we weren’t particularly good at finding the fertile ground.  We were focused too much on ourselves.  We were focused on our attendance and our programs and our bank balances and our building projects.  Those were the soft places, where it was easy to dig in.  But that doesn’t mean that they were the most fertile places.

Now we have to work a little harder.  But we still have a lot going for us.  Not too long ago, if the church had to close its doors for four and a half months, we would have been idle.  But, with the wind at our backs, we weren’t idle these past months.  We continued doing the work that God was calling to do, and we continued looking for new ways to do it.  It wasn’t always easy, and it took work, and it took efforts that we never had to make before, but we stayed the church.  We continued looking out for each other, and we continued finding ways to minister to those who were suffering and in need among us.

At first, these days felt rocky, but it turns out that we are standing now on fertile ground – unlike any we’ve encountered before.  It’s not soft.  It’s not easy.  But it is fertile.  There are opportunities these days to grow – to grow deep and strong.  We’ve learned that “the way we’ve always done it” might have been more of a stumbling block than an opportunity.  Now, opportunities abound.  We can reach people we never knew we could reach.  We can share with them in the struggles of these times we never planned for.  We can share the Good News of God in Christ and live our lives as examples of that love.  We can share the truth we’ve uncovered that distance doesn’t have to mean isolation – that masks don’t have to mean we can’t connect.

There is plenty of fertile ground here.  God has given us the fertile ground.  God has promised to give the growth.  Now we are called to scatter the seeds.  Amen.
St. David's; Kinnelon