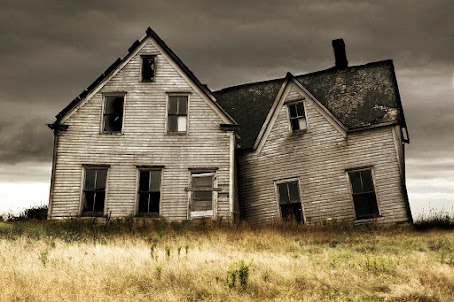 The words of Jesus are a challenge to many of us.  The account of the story that is shared in Mark is one of a wild scene – radical teachings that are causing the crowd to descend into madness, pressing in on the teacher and his followers.  A mob is forming.  We’re told that the situation had deteriorated so much, that Jesus’ family was trying to intervene.  But Jesus kept on teaching.  And when he was told of his family’s presence – and that they were trying to help him – he redefined what family meant: it’s not the parents who bore you and the siblings who were borne alongside you – family in the life of Christ is defined not by blood, but by adherence to the will of God, by partaking in the teachings of Christ, by the inspiration of the Holy Spirit.

He says, “if a house is divided against itself, that house will not be able to stand,” but at the same time, he is dividing families in their traditional understandings, and uniting the house in a new way.

And the old story tied to one of the creation narratives of Genesis challenges us more.  The story picks up after the two in the garden have eaten the fruit of the forbidden tree – expressly against the will of God.  The story leads to division upon division.  Family, in all of its iterations up to then, is completely torn apart.  The man and the woman become divided by blame.  The people are divided from the serpent – both who had been united by the siblinghood of creation.  They’re all divided from God – the original parent and creator, because of their disobedience.

It’s just a story – it almost certainly is not an historical account – but it is a story that was conceived of by the earliest adherents of this faith to try to make sense of the divisions they saw all around them.

Finally, there’s the reading from the Epistle – the letter from Paul to the church in Corinth.  In that passage we hear Paul wistfully envision and foretell a situation under the reign of Christ wherein the divisions may cease.  He says, “For we know that if the earthly tent we live in is destroyed, we have a building from God, a house not made with hands, eternal in the heavens.”  A house that is not and cannot be divided.

On the surface, it all feels a little jumbled to me.  But the theme that persists through it all is an exploration of division and a hope for reconciliation.

Earlier this week our Bishop sent out a Pastoral Letter.  This particular letter is too long to be read in church, but we’ve been asked to distribute it to the members of our congregations.  There are copies in the back of the church if you’d like to take one, and it will also be included in our weekly email this Thursday.  But in this letter, she is calling us to deeper engagement with the divisions that still exist in the world.  In this country, our original sin that defines us and marks our separation from the will of God is racism.  And Bishop Hughes calls us to engage with the scourge of racism that exists in so many different ways in our culture.  You can read all that she offers later, but it falls in line with our lessons today.

So much of our history as humans more broadly and as people of faith specifically has been defined by the ways that we, the family of God, are divided.  It is the will of God that that should end.  We hear Jesus pray for our unity in his high priestly prayer in the 17th chapter of John.  We hear the story of creation that envisions an original unity between God and creation that becomes torn apart.

I’m not naïve enough to believe that we can perfectly unify the world in our time or on our own.  But I do believe we benefit by trying.  And I believe we come closer to recognizing the dream God has for us when we try.  There are certainly ways that we can endeavor to repair our racial divisions, and, primary among them, we can pray.

This isn’t some new-fangled, political pet project of the church these days.  This is a part of who we are and what we’ve been calling ourselves toward for a very long time.  It predates the Episcopal Church and even the Anglican tradition.  Indeed, it predates the church.

Though it can sometimes be hard to come up with the words, for your prayer I commend to you the prayer “Of the Reign of Christ” in the Book of Common Prayer on page 254.  I’ll close with those words today.  Let us pray:

Almighty and everlasting God, whose will it is to restore all things in your well-beloved Son, the King of kings and Lord of lords: Mercifully grant that the peoples of the earth, divided and enslaved by sin, may be freed and brought together under his most gracious rule; who lives and reigns with you and the Holy Spirit, one God, now and for ever.  Amen.