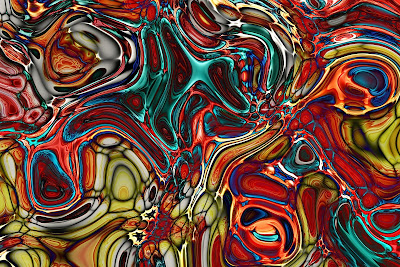 In the name of God, our source, our comfort, and our strength.  Amen.

When I was 18 years old, I was in a terrible car accident.  I was driving on a major thoroughfare, when the other vehicle – driven by a drunk driver and coming from the opposite direction, suddenly turned left in front of me when there wasn’t enough time to do so safely.  We hit one another in a near-head-on collision at a pretty high speed.  Fortunately, and with thanks to seatbelts and airbags, I made it through the collision relatively safely.  Some cuts and bruises, and my ears were ringing for a while, but on the whole, I was lucky.

The biggest effect for me, though, was the process of reliving it over and over again for weeks.  Even today, when I look back on that experience, I still have a surprisingly vivid recall of the entire situation.  I remember the song that was playing on the car stereo.  I remember exactly where it happened.  I remember where I had been and where I was planning to go.  I remember, in slow motion, the exact scene of the accident – what the light looked like, what I was thinking, everything.  I remember seeing the car turn in front of me and consciously thinking, they’re coming too fast.  There’s nothing I can do.  We’re going to hit.  And, even despite those clear thoughts, I remember the surprise I felt as we hit.  I remember the deafening crash and every detail I saw as my car spun around.

For weeks I would replay the scene over and over again in my mind.  If every detail hadn’t already been ingrained it me, it certainly would have been through repeated recollection.

And that’s the way it is in our lives.  Significant moments replay in the theatre of our minds over and over, again and again.  Sometimes it’s moments of trauma, like the car accident I was in.  Or like the horrific events of September 11, 2001.  Or even aspects of this pandemic.  And sometimes, it’s something less dramatic – a conversation that later proved to be significant; a quote that made us see something new in the world that we’d been missing before; a piece of art that gave us a new perspective…

But whatever it is, it’s through this reliving and remembering that we learn to process and to make sense of the significant moments of our lives.  They can certainly turn into unhealthy obsessions if we keep reliving without processing – without making sense of the moment or the experience; but, generally seeing it again and again, and talking about it again and again, and thinking about it over and over – that’s one of the ways that we learn and grow.

The gospel lesson today feels a bit like it’s coming out of left field.  Here we are on our fifth Sunday of Easter, and suddenly we’re being thrown back into Maundy Thursday – back into an evening when the world was about to change, but in a way that the disciples couldn’t have begun to imagine.

Reading this again, right now, doesn’t make a lot of sense, except that this must be exactly how those first Christians came to some kind of understanding about all that they’d lived through.  They must have re-lived and re-processed these moments again and again in the days, weeks, and even years that followed.  They must have revisited every seemingly unimportant interaction that happened before the world went all to hell, and found that it was actually more important than they had first assumed.

We often think of this kind of “reliving” as being related to trauma – and God knows, there was certainly trauma for this community around that time.  Jesus was their leader and their teacher, and every bit as much their friend.  He would be held as a political prisoner before being executed in a particularly gruesome way.  But this moment – the one we’re encountering again today – wasn’t part of the trauma.  At least not yet.  This moment was one where they received what is perhaps one of the most pivotal teachings of the movement that they’d committed themselves to: “love one another.  Just as I have loved you, you also should love one another.”

It’s easy to fixate on the trauma – on the moment of impact.  And that’s a normal response to trying times.  But meaning-making means moving beyond that.  It means finding the significance the lurks underneath the initially captivating moment.

For the disciples, the meaning became love.  That became the foundation on which the church would be built.  That was what poured out to overflowing on the cross – love.  An instrument of fear and torture became, through Christ, a vehicle for love.  That would be their primary focus.

As we work through the challenging moments in our own lives, what points of deeper meaning can we find, once we peel back the trauma?  What foundational understandings and points of growth will we find as we emerge from this pandemic?  How can we use this experience to bring us into a truer expression of what it means to be followers of Christ?

I doubt we know – at least not perfectly clearly.  But it will be through re-encountering and retelling our stories from these days that we’ll begin to process it – that we’ll begin to get a sense of the bigger truth that will be revealed once we peel back the hurt, the fear, the insecurity, and yes, even the trauma.

We can’t just sweep it under the rug.  We have to face it.  We have to even find ways of embracing it.  Hurt means something is important.  So rather than focusing on the hurt and disappointment of these past two years, let’s try to distill it into a clearer and deeper understanding of what’s really important.

Let’s try to find the love.  That’s what our ancestors in faith, the Disciples of Jesus Christ, did.  They worked through the hurt and fear and disappointment, and they found the love that was residing beneath it all along.

May we be so faithful.  May we be so determined.  Through the grace and example of Christ, Amen.