Do not fear. Only believe. 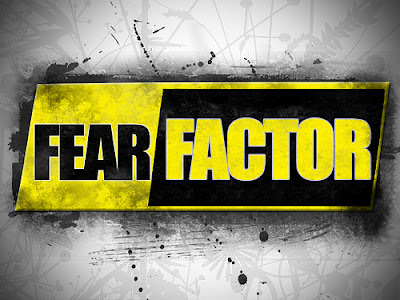 Preserve us, O God, from all faithless fears and worldly anxieties, through faith in your Son, our Savior, Jesus Christ.  Amen.

These past two weeks are lining up like Fear Factor for the church.  For two weeks in a row we hear stories about fear - stories about people being pushed to the very edges of their ability to cope, only to find Jesus there, ready to step in, just in time.

Perhaps you got lost in the healing stories and let it slip right past, but it was there: “Do not fear.  Only believe.”  That’s what Jesus said to Jairus after the message was brought that his daughter was dead.

Very often, in our lives, fear seems to be the most logical reaction.  We live in the midst of profound uncertainty: financial uncertainty, environmental instability and climate change, threats to our physical safety from terrorism, crime, and simply everyday life.  It makes a lot of sense to be afraid – even for those among us who are most secure.

But Christ says, “Do not fear.  Only believe.”

A desperate father and a lonely woman.  Jairus was a leader in the synagogue while the woman was a social and religious outcast.  These two, who were about as separated by the social order as any two could be, were united by two common threads: their fear, but also its antidote – their faith in God through Christ.

First, the story of Jairus.  He was a leader in the synagogue, and as such, a leader in his community.  Common people might fall under the spell of a traveling preacher like Jesus, but someone so ensconced in the establishment of his day, like Jairus was, must have been held to a higher standard.

Can you imagine the responses of his family, friends, and advisors?  His daughter was sick and getting sicker with each passing hour.  He was groping for hope wherever he might find it when he remembered the stories of Jesus.  Word had been spreading through the countryside of the things this man had done.  What must it have been like when Jairus first announced to those around him that he was leaving his daughter to seek the help of a heretic?

Then there’s the story of the woman.  Word of Jesus had spread to her, too.  Common people were clamoring around him for teaching and support, but she was not common.  She was to keep her distance.  She was ‘unclean’.  She had been unclean for many years.

What courage must she have summoned to break the social order, to enter a crowd, and to dare to touch another person?

This isn’t one of the standard Sundays set apart for baptism, but as I was reflecting on this lesson today - this “Do not fear.  Only believe.” challenge - I couldn’t help but remember the challenges that we all carry with us as baptized members of the Christian community.

Take a moment and pull out your Prayer Book again and turn with me to page 304 - the Baptismal Covenant - and follow along with me as we remind ourselves of the covenant we’ve made.

The questions at the end of the covenant have been described as the outline, or the directions, for how we plan to go about living our Christian lives.

After each question, we answer, “I will, with God’s help.”

It’s a lot to ask of each other.  It’s even more for each of us to promise.  Perhaps, if we take it seriously enough, it might even be enough to inspire fear.  How could we ever live up to this promise that we make to God, to each other, and to ourselves?

Not one of those vows is either easy or natural for most of us.  It is hard work to strive for justice and peace among all people.  Sometimes I’d rather not love my neighbor as myself.  Sometimes it feels good to continue in the apostle’s teaching and fellowship, in the breaking of bread, and in the prayers; but, sometimes it feels better to just sleep in.

It’s a lot to ask.  But again and again we ask it of ourselves and of each other.  We promise again to proclaim by word and example the Good News of God in Christ.  We have to keep promising again and again, because we always fail.

The burden of each “I will” can seem so great.  And as they compound, one on top of the other, five times over, the “I wills” can leave us feeling overladen with responsibility.

But “I will” is not the end of the story.  Yes, we will, but “with God’s help.” You will, and I will.  But the burden is not only our own.  We will repent and return to the Lord, but only with God’s help.

Christ only asks one thing of us: that we do not fear, but only believe.  Amen.
St. Paul's; Jersey City