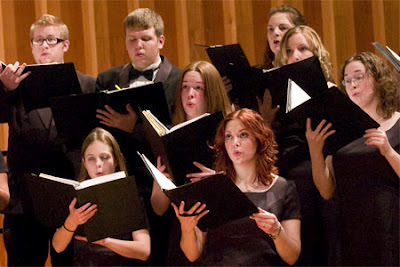 Last week I spoke of the story of the death of John the Baptist as if it were somehow out of place in the wider narrative.  In case you needed any additional proof, this week we’re back to our regularly scheduled programing.  We’re back to the story of Jesus and the disciples, and the work they were doing with the people of Galilee teaching and healing and performing miracles.

But for the lesson we hear today to have any hope of making any sense, we really need to go back to look at what we read two weeks ago.  Really that, and not last week’s peculiar aside about John the Baptist, is the true entry point to this week’s Gospel.

So take yourself back, and try to remember where we were two weeks ago:

Jesus and his disciples had been traveling through the countryside teaching and performing many miracles.  Part of the main focus of that story was that they had returned to Jesus’ hometown, where Jesus had been less than warmly received.  In fact, Mark says, the people of his hometown “took offense at him.”

After that less than triumphant homecoming, Jesus called the disciples together and gave them instructions, then sent them out two by two to spread the reach of his influence.  It was as if Jesus were acknowledging that no one person - not even if that one person were Jesus - was capable of doing all of God’s work on earth alone.  They needed to fan out and to share the burden.

That brings us back to today’s reading, wherein we hear, “the apostles gathered around Jesus, and told him all that they had done and taught.”  They had been spread far and wide, but had come back to report in to the boss at the home office.

It’s true that no excerpt from the Gospel that we read each Sunday ever really stands alone.  On one hand, we have to take them in little “bite-sized” chunks in order for the scriptures to be manageable.  But the downside of that is, we can be tempted to accidentally see these excerpts as standalone works, wherein each one exists in a vacuum apart from all of the others.

If you were to read today’s Gospel lesson in that way, frankly, it wouldn’t make a whole lot of sense.  It begins with Jesus calling the disciples to withdraw from the crowds and to rest a while.  If that were all there were to the story, I’d be standing here preaching a sermon about the importance of Sabbath time, and self-renewal in community.  I’d be talking about how important it is to take the downtime to recharge, and to reconnect with God, so that we could all be stronger and more ready for the work to which God is calling us.

But instead, immediately after Jesus calls the disciples to rest, the crowds press in again and Jesus heads back to work.  If we were to take the words as they’re printed on the page as if they existed in a vacuum - apart from the rest of the Gospel - the story doesn’t seem to make a lot of sense.  The call to Sabbath renewal is met not with reconnecting the workers to God, but with more work still!

But of course no part of the story exists in a vacuum, and today is no exception.

If you notice the citation at the top of the lesson, you’ll see that we skip over some verses - nearly 20 of them!  That begins to shed some light on why it appears that Jesus isn’t following his own advice.

One of the stories that the lectionary calls us to skip over this morning is the familiar story of the feeding of the 5,000.  At the beginning of that story, in the first verse that we skipped over, there’s a subtle implication that the disciples returned to Jesus at the end of the day - as if they had been away.

So it seems that the disciples got their time to rest and recharge and to reconnect with God while Jesus dealt with the crowds.

And then later, after the feeding miracle, we’re told that Jesus dismisses the crowds, sends the disciples on ahead of him, and then goes away by himself for a time to pray.

Forgive me if this all sounds like minutia, but I think it’s pretty important.

Are you beginning to see?

When I was singing in choirs in high school and college, occasionally we’d encounter a piece of music which would call for either the choir, or some voice part within the choir to sing an impossibly long note or phrase.  One of the tricks of singing in a choir is that the singers can take turns breathing at different times to make it sound like long notes or long musical phrases are sung uninterrupted.  We call it “staggered breathing”.  If you’ve ever sung in a choir, you’ve probably been told by the choir director at one point or another to “stagger your breathing”: to not breathe at the same time as your neighbor.  The goal is not to have the entire choir pass out from a lack of oxygen - no one can sing forever - but instead, the goal is to have the effect of the note or the phrase being sung without a break.  Everyone takes a little bit of break, but each singer takes it at different times to keep the music from suffering.  No one can do it all, but together, the members of the choir can cover for each other.

If the Gospel lesson for this morning had been read in a vacuum - as if the words on the page before us were all that there were, the takeaway might be that rest is important, but not as important as work.  It might have been heard as a call to keep working, and to keep working, until all of the work of God on this earth had been accomplished.  But when we take these words in the context of the wider story - the parts that have been left out - we begin to see that it’s not quite that simple.

As a community, it’s important for us to minister to those in need, to be sure.  But it’s also important for us to minister to one another.  The work of being God’s hands and feet in the world is huge, and none of us can do it alone.  We all need time to step back, to rest, and to reconnect with the source of all ministry.  It’s not enough to rely on the work of the priests, or the established leaders.  We all have to do our part, and we all have to know when to step away for a time.

That’s part of why we’re Christians in community.  No one exists as an island.  We need each other for mutual support.

In this summer season, particularly - but throughout the year, really - many of us take time away from time to time.  If you do, remember those who are left behind, continuing to toil in the fields of the Lord.  And don’t stay away too long, because we need you, too.  Rest and renewal are important.  And if we each take it in our turn, the work that needs to get done will get done, without any one person bearing too much of the burden.

In community, we support one another.  We can’t be Christians alone.

Thanks be to God!  Amen.
St. Paul; Jersey City