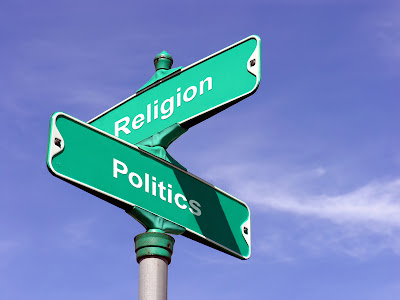 The Gospel lesson we read today seems strangely out of place, doesn’t it?  And not just out of place with the trajectory of the larger narrative that we’ve been hearing for a few weeks, but out of place with all that we know (or at least think we know) about the point behind the story of Jesus.

In reality, Jesus is little more than an aside here.  His name is only mentioned as a reference point - almost just a locus of entry for an otherwise unrelated story.  And what a story it is!  Rather than something from the Bible, it almost sounds more like something out of an opera, or perhaps even more likely, some odd historically set soap opera!

It’s hard to figure out why it’s here to begin with.

But there’s a degree to which it almost feels fortuitous to me - as if it couldn’t have come at a more perfect time.  The story of John the Baptist, Herod, and his wife and mother-in-law, in addition to being like a racy soap opera, is, like so much of the story of Jesus, a story about the intersections and conflicts between politics and prophecy.  The relationship between Herod and John the Baptist was complex.  While Herod had all of the political power, John the Baptist had another kind of power - moral authority.  He spoke truth to power.  Mark tells us, “When [Herod] heard [John the Baptist], he was greatly perplexed; and yet he liked to listen to him.”

John had a reputation for calling Herod out.  And Herod, oddly enough, seemed to somehow appreciate it - probably because John was likely the only one who would.

For a while this intersection between politics and prophecy worked.  They each brought a kind of power that balanced out - Herod: the physical strength of his office, and John: the power of his moral authority.  But John’s truth-telling threatened his wife and mother-in-law.  He had questioned the legitimacy and appropriateness of Herod’s marriage, so they feared that their own positions of power might be threatened.  They used their own positions of influence to tip the precarious balance that had existed between the powers of Herod and John. 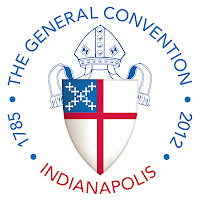 You may have heard, I’ve spent most of the last two weeks in Indianapolis at the General Convention of the Episcopal Church.

It’s fortuitous that we should hear this tale about power and prophecy today, because on one hand, General Convention is a decidedly political event.  It is, after all, first and foremost, a legislative body.  Deputies and bishops from all over the Episcopal Church and all around the world come together to pass legislation that will govern the direction of our church for the next three years and beyond, and to speak on behalf of the church to the wider world.

On the other hand, General Convention isn’t just a political event.  Unlike most other legislative bodies, it does it’s work in the context of daily - nearly constant - prayer.  The entire body - bishops, deputies, visitors, lobbyists, and exhibitors - gathers each day for a community Eucharist - some 6,000 to 8,000 people praying and singing and breaking bread together every day.  Additionally, the House of Bishops and the House of Deputies (made up of priests, deacons, and lay people) are each led by a team of chaplains who lead regular prayers and singing - particularly before the houses act on contentious or particularly significant pieces of legislation.

But even beyond these official acts of worship, other worship is happening all around.

Two people were baptized at this General Convention.  One was a Jewish woman who had been attending an Episcopal church for several years, but who had never been baptized.  We baptized her in a huge outdoor fountain in downtown Indianapolis one hot and sunny morning, before moving into the shade at a nearby picnic table to celebrate the Eucharist.  Another was a transgender man who works as an aid for one of the physically disabled volunteers of the Convention.  He was baptized at the TransEpiscopal Eucharist - held in a small, tucked away corner of the convention center with about 25 people present.  Both of them were so moved by seeing the Episcopal Church in action that they felt surprising calls to be a part of it.

One of the growing highlights of each General Convention is the triennial Integrity Eucharist.  Integrity, you may recall, is the organization I work with that seeks to broaden the Episcopal Church’s welcome to lesbian, gay, bisexual, and transgender Episcopalians.  The first Integrity Eucharist happened more than 35 years ago, hidden away in a hotel room, miles from the complex where the convention was happening.  Over the years it has steadily grown.  My first Integrity Eucharist was at the General Convention in Columbus in 2006.  There were 600 people packed shoulder-to-shoulder into the Cathedral that time.  Last time, in Anaheim in 2009, we were in ballroom at the convention center itself for the first time.  We had some 1,600 people.  This time, we knew there was no church large enough to hold us, so we were again in a ballroom at the convention center and we drew more than 2,200 people.

So prayer and worship are happening around the General Convention almost everywhere you turn.

That’s the difference between the General Convention and most other legislative bodies: it’s not just about political maneuvering and power.  Like the story of John the Baptist and Herod, it’s also about trying to find that delicate balance between power and prophecy.

Some have said that the story of John the Baptist’s death is a kind of foreshadowing of the story of Jesus’ death.  Herod has been likened to a kind of Pontius Pilate figure.  Both men are powerful, and both men get lost in political maneuvering, leading them to take actions that upset the delicate balance between politics and prophecy.

Similarly, both John the Baptist and Jesus become known for speaking uncomfortable truths from a place of relative powerlessness to the political powers that will determine whether they live or die.

The similarities between their stories are unmistakable.

Whenever power and prophecy intersect, it’s a delicate balancing act.  The church most certainly is a political body.  There’s a degree to which we must be.  But at the same time, we must never forget our prophetic calling and responsibility.

The Episcopal Church tried to act with integrity at this General Convention.  We discussed and we prayed and we discerned, and our leaders acted in the ways in which they felt called.  We called for the repeal of the Defense of Marriage Act.  We expressed our support for oppressed Palestinians by calling for positive investment in their communities.  We clarified our commitment to nondiscrimination in the church by adding gender identity and expression to the explicit categories of nondiscrimination protected by our canon laws.  We affirmed the place of gay and lesbian Episcopalians in the church with the approval of liturgies for the blessing of their relationships.  We reaffirmed our denominational commitment to anti-racism.  And much, much more.

All in all, we tried to live into that delicate balance between power and prophecy.  It made me proud to be an Episcopalian.

Power can bolster the prophet.  Prophets can guide the powerful.  But beware of losing that balance - it’s usually at the expense of the prophetic truth-tellers.

I’m grateful that our church seems to take this calling so seriously.  My prayer is that each of us, as members of a church that works to model this for us, can use our power and our prophecy in ways that bring truth to the world around us.  Amen.
GenCon12 IntegrityUSA St. Paul's; Jersey City