A look at idols and anxiety 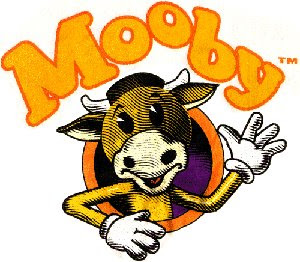 We have turned our backs on God.

The story of the Exodus is our story.

In times of uncertainty, and in the anxiety it generates, we turn our backs to deny the witness of God in our lives.

I do it. All the time. When I face any kind of uncertainty my almost automatic response is nearly always to try to micromanage. In the face of all that I can’t control, I try to focus my attention on the little things that I can control – no matter how insignificant the detail or how ineffective it may be at drawing me toward my real goal.

We call that “functional atheism”. No matter how real our relationships with God may be, in times of uncertainty it can become all too easy to revert to trying to take the place of God in our lives – to try to control the uncontrollable.

Just this week I was in a conversation with Kathy Seabrook about the future of the youth program. We were talking about how the youth could become more involved in our Companionship relationships in India. The work we have done in Kothapallimitta and the relationships that we have formed with the people there has been one of the greatest successes of this parish in a long time. It would be an even greater success if we could use that work to change the lives of another generation of St. Peter’s parishioners. Dreaming about what how those relationships might be extended to the youth of our parish, my mind immediately began switching over to how difficult it might be.

Fortunately, I had already spoken to Kathy about my experiences with functional atheism. Whenever I began to allow my analysis and my fears to creep into our conversation, she would remind me to slow down, to have faith, and to draw on the resources that were available to me. Rather than getting lost in micromanaging the little things that would have little or no impact on the big picture, she would encourage me to breathe, to pray, and to keep my eyes on the end game.

These are all things that I know, but I needed someone to remind me. We all need people to remind us to keep the faith when we’re faced with uncertainty.

In the story that we read this morning from Exodus, we heard another version of humanity’s fight with functional atheism.

The people of the Exodus were in the face of profound uncertainty. They had been led out of the land that had been their home for generations. They left willingly to escape slavery, but there were times when they wondered if that had been wise. Though they had been enslaved in Egypt, they found themselves in even greater uncertainty as they wandered through the wilderness with Moses.

But whenever their uncertainty bore down, God was always present to lead them through to the next day. When they were stuck between Pharaoh’s army and the sea, God showed them a safe passage. When food was scarce, God provided manna, the bread of heaven.

Even so, the forces of fear were strong.

Moses, their leader, had left them for a season to commune with God on the mountain. Before long, the people again became anxious. They needed that steady voice reminding them to slow down, to have faith, and to draw on the resources that were available to them. In their growing anxiety, they began micromanaging. They didn’t know what had become of Moses, and they didn’t know what had become of their relationship with God, so they quickly began fashioning a god of their own.

When I find myself in times of anxiety I tend to take the precious adornments of experience and education and social and political connections and I fashion them into a kind of god. I foolishly imagine that these adornments will give me some measure of control. While such adornments are a part of the pool of resources for which I should be grateful to God, they are not, in themselves, God.

Like the people of the Exodus, honest reflection will show that the gods of my own making never feed my hunger. When I am lost or stuck, my idols point only to me. The security they represent is superficial, at best.

In the lessons that we read this morning, it can be easy to focus our attention on judgment – to hear these stories as warnings to act right lest we are forced to endure the wrath of God. Worse still, we may, in our own self-righteousness, choose to hear these stories as judgments not on ourselves but on others who do not behave as righteously as we do.

In the story of the Exodus we are struck by God’s desire to wipe the slate clean after the people turn away. In the parable of the wedding banquet we hear of those who refused to participate in the feast and how they are held accountable by the king. But I think these stories are less about God turning on anyone than they are about all of us turning from God.

In both, we hear of people who turn away from God in favor of the temporary security of impermanent things. The people of the Exodus placed their faith in a god of their own making. Those who refused the hospitality of the king did so in favor of another kind of god of their own making – “they made light of [the invitation] and went away, one to his farm, another to his business…”

When we turn from God in favor of the lures of the world, we are not so much “cast into the outer darkness” as we are already there. The world can seem a desolate place when all we know about or believe in is impermanence.

So it’s worth knowing what your idols are. Only then can you face them and acknowledge their weakness. Amen.
St. Peter's; Morristown