Time with the family

on October 27, 2008
Last week I had to run down South for a couple of days to tend to some family business, and one of the good pieces of news that came out of that was that I had a chance to meet the two newest Richardsons: my nephews Miles and Gaines.

They were born prematurely on September 8th. Both are doing well and growing, if not as fast as we would all like!

Miles (the larger one) may be heading home soon. It was a real joy for me to be able to hold him a few times and feed him and for us to begin to get to know one another. Like his mother, he sleeps a LOT. But here's a rare picture of him with his eyes open. 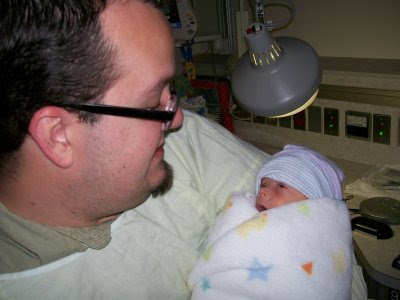 Gaines is much smaller than his brother, but still strong and doing well. He's still too small to hold, but I was able to reach into his isolette and play with him a little. He seems to be fond of high fives and fist bumps. Like his father, Gaines avoids sleep at all costs! Usually he can be seen doing somersaults in his little isolette, but here's a rare shot of him sleeping. 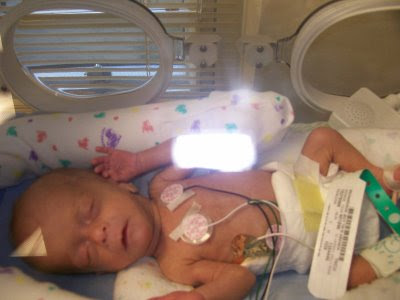 While both boys still have a ways to go before they're entirely out of the woods, one thing remains certain: they're clearly the smartest and most attractive boys in the whole NICU! :)

Thank you for all of your prayers. I look forward to seeing them again soon!

Elizabeth Kaeton said…
Awwwwwwhhhhh. Too cute for words. What a treat to see them. Good thing you had a gown on over that shirt or those boys would have been in danger of flying shirt buttons.
October 27, 2008 at 11:01:00 PM EDT