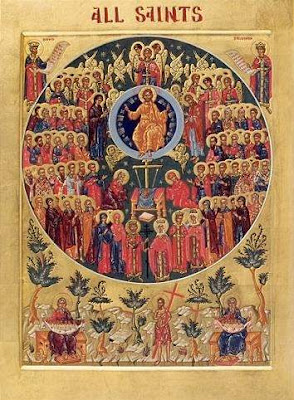 In the name of God: Source of all being, Incarnate Word, and Holy Spirit. Amen.

One of the reasons that I love Jesus so much is that he had this way of turning the world on its end. I’ve always had something of a soft spot in my heart for troublemakers – those saints of the ages who stood up against the ways of the world to reach toward a world that could be. So really, it was only a matter of time before I began loving Jesus. He was a troublemaker of the best sort.

When we think of Jesus as troublemaker, we tend to get a kind of “Jesus Christ Superstar” image of Jesus arguing with Judas about the merits of Mary Magdalene, or turning over the tables of the money changers in the temple, or rebuking Peter with an angry, “Get behind me, Satan!” Those are the dramatic moments. But the troublemaking Jesus that stirs my soul is a little subtler. It’s a little more pervasive than any action-filled vignette could capture.

Certainly in the eyes of the authority of his day, Jesus was a troublemaker. He didn’t behave. He didn’t “play the game” and make the right friends. He didn’t climb the social ladder to gain influence. Instead, he challenged his society. He had incredibly high expectations for those around him – higher than anyone had considered before. He demanded that people think about their relationships with God and with each other in new ways, and very often they hated him for it.

This morning’s Gospel lesson is a fine example of that. In the Beatitudes, Jesus takes everything that the people following him thought they knew about the world and he turns it around.

I didn’t know it at the time when I was told to memorize these words as a child in Sunday School, but these are the words of revolution. The blood of the martyrs has been shed over these words. The memories of all the saints are preserved – right there.

It’s not a popular message, but it is the Christian message.

There are plenty of churches where you could go to hear safer messages: sermon series’ about how you can use your Christian faith to have a happier marriage or to be more successful in your career. But Jesus’ message to us is not so much about finding success in the traditional ways of the world than it is about finding a successful relationship with God. It is a revolution against the dominant social establishment in favor of a higher order.

It is this message of revolution that knits us together with the saints into one communion and one fellowship in the mystical Body of Christ.

Christ calls us to be troublemakers.

Through the pages of our history as a church we see it again and again. The people we revere as examples of the faith are those that succeeded in turning the world upside down and who helped to show us all new ways of seeking and serving Christ in all persons and better ways of loving our neighbors as ourselves.

Elizabeth Cady Stanton, whose feast we celebrate on July 20th each year, was one of the 19th century founders of the Women’s Rights Movement. Born into a family of political power and social standing, she could have chosen to live a life of ease by upholding the status quo. Instead, she heard the call to strive for justice and peace among all people, and she dedicated her life to seeking equal rights for women in the church, in the workplace, and in society at large.

Jonathan Myrick Daniels was a seminarian at the Episcopal Theological School in Cambridge, Massachusetts in the 1960s. Moved by the 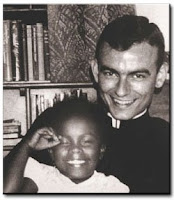 revolutionary words of the Magnificat: “He hath put down the mighty from their seat and hath exalted the humble and meek,” he felt called to minister to oppressed African Americans in Selma, Alabama. After an appeal by Martin Luther King, Jr., he took a leave of absence from seminary to go to Alabama to help secure voting rights for African Americans. He was arrested for his efforts and on the day of his release he was shot and killed on the street by an unemployed highway worker who blamed the Civil Rights Movement for his economic hardship. Jonathan heard the call of his baptism and lived and died as a proclamation of the Good News of God in Christ.

Though we have hundreds of examples of the saints that we honor and celebrate in our tradition, there are countless other examples of troublemakers who have lived and who continue to live their lives as baptismal revolutionaries – saints who continually endeavor to turn the world upside-down so that we all might reach some better life.

In her All Saints’ Day message to the church, our Presiding Bishop asks that we bring with us today both the memory of a saint who we know and the memory of a saint who remains unknown to us. Perhaps that unknown saint is some member of the community who does the quiet and often-overlooked task of looking after others – the meals on wheels volunteer, or the woman on her front porch quietly keeping watch over the children at play on the street. Or perhaps the unknown saint is the one who does the work that we forget to do or would rather not do: the concerned one who sifts through the trash to sort the recyclables that we have blithely tossed aside, or the nurse, who on his break, spends a few minutes offering companionship to one who is dying alone.

The theologian, Jay McDaniel said, “Whenever and wherever we see wisdom, compassion, and freedom in our world, even if only for a moment, we see God’s spirit.”

In those moments of communion with God’s spirit, we are knit into the communion of the saints. In those all-too-rare moments when we are agents of wisdom, compassion, and freedom, we are the troublemakers, disrupting the world that would have been. We are the baptismal revolutionaries that Christ has called us to be.