Let the same mind be in you 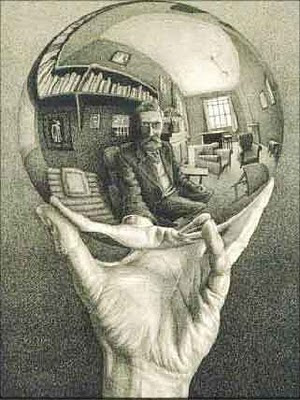 “Let the same mind be in you that was in Christ Jesus.”

Not, “Strive to live with Christ-like piety.” Not, “Care for the poor and the sick and the oppressed as Jesus cared for them.” He didn’t say, “Upset the established order as Jesus challenged the religious and political authorities of his time.”

Instead, he called us to all of that and more. He said, “Let the same mind be in you that was in Christ Jesus.”

It’s a pretty tall order. It would be any day, but it seems, perhaps, even more so today: the day when we read and hear and consider once again the account of the Passion and death of Jesus.

How can we possibly have that mind in us? What can this emotional telling of the last days and hours of Jesus’ life tell us about his mind? What could have possibly been going through his mind as he stepped closer and closer to a painful and humiliating death? Or as he “breathed his last”? And how could we, in our relative comfort, have that in us?

Earlier this week I was at home working, with the television on in the background, when a documentary came on about the history of the telescope. I’m a sucker for a good documentary, and it didn’t take long for me to get sucked in.

The earliest telescopes were little more than simple magnifying glasses – or perhaps spectacles that had been fashioned into a device for a slightly different use. Their first uses for astronomical observations were a substantial improvement over the naked eye, but still lacked the kind of clarity that we expect from such devices today. The lenses would refract the light that entered them uniformly, but the wavelengths of the various colors of light were different. Therefore, the images were blurred. Clarity could only be attempted by building longer and longer telescopes, but even then it was elusive. Before long, these refracting telescopes became entirely impractical.

Then, in 1672, Isaac Newton invented the reflecting telescope. He discovered that reflecting the light through a curved mirror could help correct much of the blurriness. The clarity he found would forever change the field of astronomy. And it led to countless other scientific discoveries and advancements that we all take for granted today.

Christ is our mirror. Before, we would strive for God, and maybe even get a glimpse. But it was blurred and misshapen by our own shortcomings. Our eyes simply could not compensate for the complexity of the Light.

But Paul said, “Being found in human form, he humbled himself and became obedient to the point of death – even death on a cross.”

Elsewhere Paul says, “Now we see in a mirror, dimly, but then we will see face to face.”

The thing about the Newtonian telescope is that, while it did lead to greater clarity, it was not perfect. There were other optical aberrations, though each more manageable than the ones before.

“Now we see in a mirror, dimly, but soon we will see face to face.”

The Passion and death of Christ is not the end of the story. I hope you’ll take this little insert with you when you leave today and read through it again throughout this week. Where is the mind of Christ reflected through this story to you? Where, in the mind of Christ, do you see yourself?