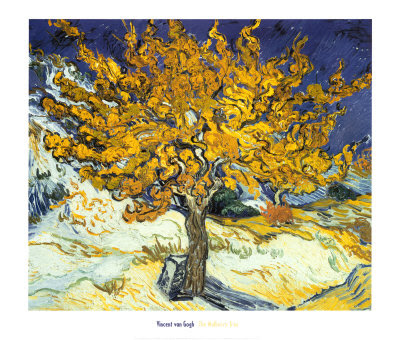 
Almighty God, you are always more ready to give more than we either desire or deserve. Give us those good things for which we are not worthy to ask, except through the merits and mediation of Christ our Savior. Amen.

Those words of the collect today remind me of a story that I heard recently.

A young man was reflecting on his experience of receiving the Holy Communion. At his church, they used a loaf of bread, and each person would come and pinch off a little piece to receive. He had learned through the examples of others that you should pinch off just enough - a tiny piece, only big enough to have a taste, perhaps with the intent of leaving more for others.

It was kind of a self-denial approach to grace. The unintentional lesson was that only a little could be spared for each person if there were to be enough to go around.

For this young man, that lesson seemed counterintuitive to the greater lessons that he was learning by being a part of this worshiping community. He had been taught to appreciate and expect abundance from God, but his community was practicing scarcity.

So one Sunday, as he approached the altar, he resolved that he would not take just a little piece. He wanted to feel in a physical way the fullness that he already felt in his spirit from being a part of that worshiping community.

So he walked up to the minister who was serving, and he took all the bread that his hand could grab. A chunk so big that he couldn’t even finish it all with one bite.

As he told this story he admitted that the first thought that went through his mind was one of panic: Had he taken too much? Was it okay for him to want more than he was expected to take? Would there be enough?

Then he realized the truth: everything that the Christian message teaches us is that there IS enough. We shouldn’t be ashamed about taking too much of the blessings that are offered to us - only about taking too little and failing to trust in the abundance. It is only in our interactions with the world that lie beyond our Christian scope that we learn not to trust in abundance.

This is another side of the same message that we hear throughout the gospel, and again this morning.

The disciples and others had just heard the parable that we heard last week: the parable of Lazarus and the rich man. In it, Jesus instructs us to live our lives in a counterproductive way: to share the riches we have with those who are lacking - to even the scales in our lives on earth - so that we may all experience God’s blessings.

Then, in the few verses between that parable and the lesson we read today, the seemingly backwards message continues: Jesus instructs the disciples not to stumble from their righteousness, but even more, if any one does, to offer forgiveness every time it is sought. He says, “If the same person sins against you seven times a day, and turns back to you seven times and says, ‘I repent’, you must forgive.”

It’s in this context of radical generosity - not only of wealth, but also of spirit - that the disciples turn to Jesus and say, “Increase our faith!” It’s as if they were saying, “We don’t know that we have it in us to be the people of faith that you are calling us to be!” They weren’t being greedy or trying for self-advancement - they just didn’t know if they were up to the task that was being described to them.

I know I often feel the same way.

When our fellow disciples stumble, it’s easier to be angry than forgiving.

When we see our neighbors lacking, it’s tempting to hoard our good fortune so we won’t face the same fate.

The young man who took “too much” bread knew that. He knew that he could trust in the abundance. He knew that the scarcity that he had been taught was only a mirage that obscured the reality of God.

Jesus knew it, too. When the disciples feared that they didn’t have enough, Jesus assured them that they did.

Earlier this weekend my father and I were talking about this text. When I told him what the appointed Gospel lesson was for the day, and about the line that says that faith the size of mustard seed would be enough to uproot the mulberry tree and plant it in the sea, my father’s response was, “Well, I don’t know why I’d want to do that.”

I laughed when he said that, but I think that’s exactly the point.

We may not have the power to perform supernatural miracles, but why do we need to?

But it’s easier said than done. And, through the merits and mediation of Christ our Savior, it is more than enough. Amen.
St. Paul's; Jersey City

Jon M. Richardson said…
hehe... I told you that dog would be huntin' soon :)