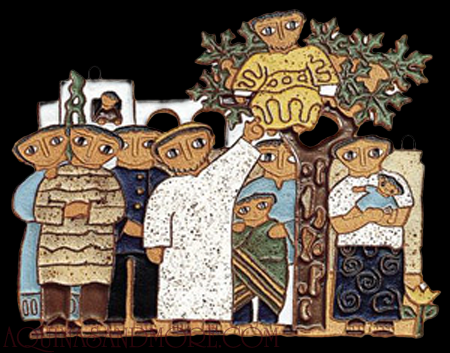 You all know the story. We all sang that little song in Sunday School and Children’s Choirs. I would imagine that throughout the church children are learning and reciting that song, even today.

But one of the problems with these most well known stories from the Bible - like this one most certainly is - is that we can find ourselves lost in the familiarity to the degree that we don’t even really hear the story anymore.

I heard the story once, of a man who lived in Denver. Every day, just outside his office window, he could see the most beautiful mountains you could imagine. Through the seasons he could see the new growth in the spring, and the brilliant fall colors, and the first snows beginning to cap the mountains as winter came around.

But it became mundane. Through daily exposure, it became common. Soon, he forgot to look or to recognize the breathtaking beauty that was there before him.

That’s kind of the way the story of Zacchaeus can be for us. We’ve heard it so much, we’ve sung the song… Before long, if we’re not careful, it might begin to just blend in with everything around it. We might begin to miss the breathtaking beauty that is before us.

And the story of Zacchaeus is breathtakingly beautiful.

Throughout the stories of Jesus we learn to expect the unexpected. So much so that when it happens, we almost don’t notice.

Earlier this week I was gathered with the clergy of the Diocese of Newark in our annual Clergy Conference. It’s always a fun time - staying up too late with colleagues and friends, laughing at old stories, and relishing in the beauty of the Poconos. But it’s not just all fun and games - our bishop has made a commitment to try to use these events to expose the clergy of the diocese to some of the leading theological minds in the church.

This year we welcomed Sara Miles. Sara comes from San Francisco where she’s a layperson at St. Gregory of Nyssa Episcopal Church. If you don’t know about St. Gregory’s, it’s an amazing parish with a unique liturgical style - so much so that it’s seen as a kind of tourist destination for Episcopalians traveling to the Bay Area. Every aspect of their worship and service are geared toward the aim of welcoming outsiders. They try to live by their belief that Christ calls us into unexpected company.

Sara has written two books about her experiences of coming to Christianity ten years ago through the community at St. Gregory’s: Take This Bread and Jesus Freak. With us, she talked about a lot of her experiences. What were probably most jarring to the many of the gathered clergy of the diocese were her thoughts about liturgy as it had been shaped by her worshiping community; but, the Zacchaeus effect was in full swing throughout her time with us.

Sara preached a truly radical gospel of full-inclusion. She was preaching to a generally friendly audience - most of us subscribe to that same radical gospel of inclusion, after all. But perhaps we subscribe so much so that we don’t even see it despite its beauty.

The thing about Zacchaeus that we often forget is not just that he was a “wee little man”, but that he was a wretched little man. He was a tax collector. But to get the full picture of what that means, you have to think through it a little further. He was a Jew who collected taxes from other Jews on behalf of the government that oppressed them all. And if that wasn’t enough, he didn’t even collect them fairly. He took exorbitant shares for himself - essentially stealing from his own people.

It’s really not quite enough to say that he was a sinner. He was the lowest of the low; despised by everyone. He was truly hated, and for pretty valid reasons.

In her time with us, Sara said something that stuck with me. While reflecting on her community’s commitment to welcoming everyone she said, “If you want to meet God, sometimes you’re just going to have to sit in the smoking section.”

Zacchaeus was the “smoking section” personified.

In the same way that on that day in Jericho, Jesus was to be found in none other than the home of Zacchaeus, so, too, are we going to have to go to those places where no one wants to be if we want to sit at the feet of Jesus.

But it’s not just about reaching out to the wretched. Sometimes we have to reach in. 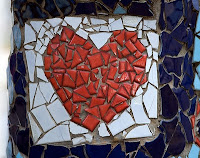 There is a degree to which all of us are Zacchaeus. We all have our secret wretchednesses. We all have elements of our souls and our selves that feel broken and misused. It’s in those most undesirable places within myself, that I have found that I am most likely to find Christ living and breathing new life.

But whether it’s within ourselves or in our community at large, it’s not enough to simply trust that Christ is at work in the people and places of brokenness and discomfort. We must go. We must face the brokenness head on. We’ve got to sit in the smoking section if we are to see Christ.

If we do, we are susceptible to the Zacchaeus effect. We are in danger of missing the mountains just outside our windows, or the wisdom hiding just under the surface in a story we know too well to hear.

No. We are called to walk with Christ into the heart of the contrast and the discomfort to sit at the table with outcasts and sinners - wherever that may be.