Let not your hearts be troubled 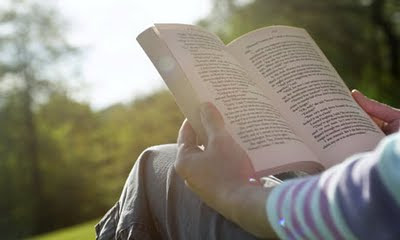 “Do not let your hearts be troubled. Believe in God, believe also in me.”

One of the secrets of preaching - at least as I’ve seen it - is simply to spend time with the words. I usually start the process of writing the sermon for each Sunday after church on the Sunday before by simply reading through the texts and thinking about the words almost as if I’d never heard them before.

Throughout the week there are many other steps in the preparation - from the more spiritual side: praying about the congregation and where we are and what I think we need to hear, and thinking and praying about my own life and where I am and what I think I need to hear; to the more practical side: reading commentaries, and doing exegesis, and making notes, and sketching outlines. But in reality, the single thing that helps me to prepare to preach each week more than anything else is just sitting with the words - noticing which ones stand out for me, noticing which ones take on the quality of prayer in themselves.

This week it was this simple, familiar opening line: “Do not let your hearts be troubled. Believe in God, believe also in me.”

It became like a mantra to me - repeating that short, simple phrase over and over again as I went about my daily tasks.

Part of why these words are so familiar to so many of us is because they are very often the words read at funerals. They’re designed to give us comfort in times of uncertainty.

And it’s not just that the choice of them is by design, though it certainly is. But even Jesus’ intention here is to give the disciples comfort in what is about to become a time of great uncertainty for them. This is the beginning of what is known among biblical scholars as “the farewell discourse” in John’s gospel. It’s where Jesus begins the process of saying goodbye before his crucifixion.

But we’re still in Easter, right? Point a), didn’t we already lose Jesus a few weeks ago on Good Friday, and point b), isn’t the point of Easter that we don’t really have to say goodbye?

It takes a little teasing out. It’s true; we’re still celebrating the Resurrection and our belief that Christ overcame the bonds of death. But it’s also true that Easter is almost over: just two more Sundays after today. And then it’s Pentecost - when we celebrate the giving of the Holy Spirit to inspire and strengthen the church that follows Christ. But just before Pentecost, is the Ascension: when Christ was raised again, this time to reign over all with God the Creator.

So today our cycle of readings give us the first whispers of a goodbye: “Do not let your hearts be troubled. Believe in God, believe also in me.”

There have been times in my life when I’ve heard these words with less grace than I do today. Perhaps it’s because my heart is not particularly “troubled” right now that I can allow them to wash over me with a sense of peace. But there have been times, and very likely will be times again, when these words would strike me as jarring - perhaps even dismissive.

If your heart really is troubled, you don’t particularly want to hear, “Do not let your heart be troubled.” It would be like saying “there are plenty of fish in the sea” to someone who is going through a difficult breakup, or “what doesn’t kill us makes us stronger” to someone who feels decidedly weaker during a challenging time in their life. Whether or not those statements are true in a given situation, in times of crisis they really don’t help.

But today, Jesus’ words don’t strike me as trite or cliché. They strike me as words of reassurance from a trusted, old friend.

It’s true that in just a couple of weeks it will be time to say “farewell” to Jesus again. He’ll still be around, of course, but in a different way than we’ve probably become used to. The Easter times in our lives always seem a little too short-lived. At the end of them we invariably return to a kind of “life as usual”. But it has to be a new kind of “life as usual”. After confronting Easter, life is never quite the same as it was before.

For the past week or so, Christianity has been in the spotlight once again. Sadly, that’s almost never a good thing. When it’s not because of scandals or infighting, our spotlight seems to shine to poke fun. Some time ago, a fundamentalist man in California decided that he’d figured out when the end of the world would come. It would be yesterday, he said. It seems that people are nearly always predicting the end of the world, but for some reason, this time the rumors took hold and the popular culture paid attention.

Lots of people had fun with it. I’ll admit, I did a little, too. But now, in the wake, I find myself almost sad. Not that I was hoping yesterday would be the end of my earthly life - I really still feel like I’ve got a lot left to do here. But I’m almost sad, because once again, Christianity has become the subject of ridicule by some of the people in the world who most yearn for the messages we try to share with the world when we’re at our best: the messages of love, and of community, and of concern for those regarded as “least” in the world. I’m sad for all those who pinned their hope on a false prophesy instead of on the very real and living love of Christ as it can be known in even this world. I’m sad because I fear it may lead to crises of faith that most of us can’t possibly fathom among those who most wanted to believe.

But in another way, it’s like Easter all over again. As I heard a friend say over the weekend, “I, for one, am not sorry to rise and find the flawed world still turning this morning. I am grateful to the predictors of The End for inviting us all to look up and around today, with an extra bit of wakeful reverence for just how truly beautiful the imperfect can be.”

That’s really what it means to “let not our hearts be troubled.” It’s not trite or cliché. It’s not a denial of imperfection. It’s peace in the face of inevitable imperfection.

It may be time to start saying goodbye to the Easter normal, but Easter is always within reach. It’s just a matter of reaching out for it.

The world may not have ended yesterday as some had believed it would, but perhaps if this week inspires a little more “wakeful reverence” a part of it did - at least for a while. If so, then we all have reason to let the troubles of our hearts rest. At least for a while. Amen.
St. Paul's; Jersey City