There's no way around it 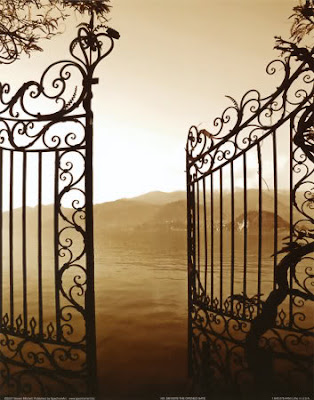 There seems to be no way around it.

Each year in the Easter season, the First Lesson each Sunday is from the Book of the Acts of the Apostles. Have you noticed the change? Throughout most of the year the first lesson that we read each week is reserved for a lesson from the Hebrew Scriptures (or “The Old Testament). But in the Easter season, we read three lessons from the New Testament instead of our usual two.

I’ll admit that it’s one of my favorite times of year.

You may remember from Palm Sunday that I talked about how we’re not just passive observers of the stories of history, but that we are active participants in a faith that still lives today. It is, perhaps, easiest to think that way around Lent, Holy Week, and Easter, but it’s true all year - not just on Holy Days. We are still active participants - even now.

As we struggle to embrace the wild ideas of new life in this still-celebrated Easter season - particularly now: in a wider culture that can’t seem to hear it - the corresponding experiences of our sisters and brothers from centuries ago in the time of the Acts seem particularly relevant. How much more must they have felt strange and outside their culture than we do?! How much more must they have felt the pressures of a culture that wanted nothing to do with the joys of resurrection that they were uncovering?!

Yes, there’s just no way around it. In these first days after that earth-shaking first Easter, we turn to our ancestors of the earliest days of the church to hear how they found a way to live with their new reality - because we are still searching for how to live with ours.

The short answer for how they found a way to live with their new reality was this: they stuck together. In what would come to be called “the church”, they began their lives as Christians by banding together. They learned early on, and through the teachings of Jesus, that they were stronger together.

For many years I’ve used the metaphor of music to describe my relationship with the church. These days it seems fashionable for people to talk about being “spiritual but not religious”, or to talk about their faith as it’s practiced individually. People often speak with pride about how they “don’t need to church to believe in God.”

In response to such conversations I often talk about how I experience music: I love music. I can feel moved by beautiful music like almost nothing else. And though the performance of a single voice can be powerful - whether instrumental or vocal - and though it can even help me to better experience God, it is never as rich as when it’s combined with other voices in a symphony or a chorus. The voices join in complementing and contrasting lines - often even in outright dissonance - to provide a richness that no one voice alone could convey.

That’s the way the church is to me. As beautiful and moving as individual faith is for me, it’s all the more moving when joined with other voices - in harmonies, but even in dissonances. Together we capture what I believe to be a truer picture of the reality of God.

And that seems to be what our forbearers in the earliest church seem to have discovered as well.

The stories from the Book of Acts seem almost fantastical to most of us in the church today. Throughout most of our lives we’ve felt the slow drip of decline in the church. We’re in a season of history in which the church is having a crisis of recognizing and conveying its relevance to the wider culture in which it finds itself.

But when we read from Acts we hear stories of thousands who are converted to the faith after hearing a single sermon! Even today’s lesson closes by saying, “day by day the Lord added to their number those who were being saved.” In a church - not just our parish, but the church as a whole - that sometimes feels like it’s fighting for its life, and perhaps even its soul, words like this sound pretty attractive.

But how did they get there?

Well, there’s no way around it.

They got there by being the church. “Those who had been baptized devoted themselves to the apostles’ teaching and fellowship, to the breaking of bread and the prayers.”

There’s simply no way around it.

There are those, we’re warned, who do not enter the sheepfold by the gate, but who try to climb in by another way. But the truth is, there is no other way.

That’s what those followers of the early church knew. And it’s what we, of the church today, would be wise to remember: there’s no way around the secrets of a successful church or even a strong personal faith. Many may try to climb in by another way, but the true path to a successful and thriving church was outlined for us in the Book of Acts - the story of the first successful church - and we reaffirm it each time we renew our own baptismal commitment: we are called to devote ourselves to the apostles’ teaching and fellowship, to the breaking of bread and the prayers.

There’s your recipe for a strong church. If we all commit to devoting ourselves to the apostles’ teaching, to our common fellowship, to the breaking of bread - both in fellowship and in sacrament, and to a genuine and heartfelt prayer life - if we do all of that, and not just on Sundays, but all the time, then we will be a strong church. There’s simply no way around it.

May this be our Easter promise: that we recommit ourselves to the basic elements of our faith that so often seem lost or buried; that we reject all the false promises of shortcuts, recognizing that only a living, day-to-day practice of faith will truly make us strong; and that we remember that we can only do it together.

That’s what the first Christians learned and there’s still no way around it. Amen.
St. Paul's; Jersey City