What to do about the "bubble" affecting the liberal elite 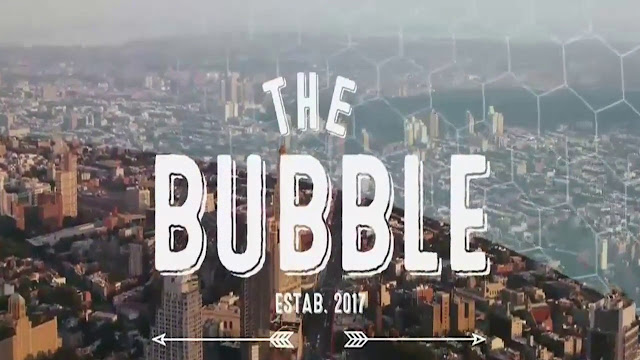 On Saturday Night Live this weekend, a popular skit was one of those mock-advertisements that the show executes so well.  This time, they were advertising a community of shallow, liberal-minded people, who can’t stand the oncoming reality of a Trump Presidency that’s bolstered by strong-enough majorities in the Senate and House of Representatives.  The proposal is a hipster paradise in Brooklyn, complete with surface-deep character and Disney-development, corporate prices, all within the safe confines of a literal bubble that keeps out dissenting opinions.

This concept comes on the heels of nearly two weeks of the so-called “liberal media” chastising liberal people for living in elite bubbles and being entirely unaware of the “real world” around them.

At this point, let me take a little step back.  First of all, let’s not kid ourselves.  This “liberal media” that people keep talking about is nothing more than a marketing invention of those on the far right to try to explain why facts and statistics don’t support their claims.  The “liberal media” is why the Oxford English Dictionary has given us a disturbing new word: post-truth.

They define post-truth as “relating to or denoting circumstances in which objective facts are less influential in shaping public opinion than appeals to emotion and personal belief”. 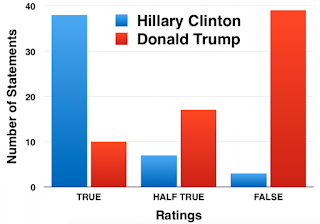 There is no “liberal media”.  The ones most widely decried as the “liberal media” are – to put real names to it – MSNBC and NPR.  While it’s true that MSNBC does tend to have a more progressive editorial bias than other commercial news networks, let’s not kid ourselves: their programming and news reporting over the past couple of years contributed mightily to the rise of Donald Trump as a serious candidate.  They loved the shock value that he brought to their network, and they capitalized on it to squeeze ratings out of us.  He was constantly covered, and rarely questioned.  Meanwhile, his main opponent, Hillary Clinton, was minimally covered in comparison, but nearly all of that coverage was devoted to questioning her and looking for scandals (which, let the record show, never materialized).  They bought in to the post-truth era wildly and eagerly.

NPR, on the other hand, has a reputation that is marred by the post-truth era.  Federal funding in support of public broadcasting is constantly endangered because politicians and members of the public on the right are quick to accuse them of liberal bias.  The problem, however, is that facts – real, tested, peer-reviewed, factual truths – tend to have a liberal bias.  If a network is reporting truth, and not just post-truth, those who only care about post-truth think they’re hearing liberalism. 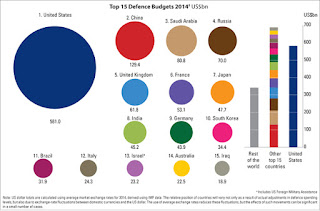 It is a fact that the budget for the United States military is larger than the combined budgets of the next 9 largest militaries in the world.  It is also a fact that of those next 9 largest militaries in the world, 7 of them are nations that we consider to be our allies.  So, any reasonable analysis of the facts would suggest that we could drastically cut our defense spending, still maintain the most significant and powerful military in the world, and have funds available to provide much needed improvements to our failing infrastructure, support public education, provide a host of services that would strengthen and empower the struggling middle class, and still have room left over for tax cuts and deficit reduction.

EVERYONE can get what they want and live a better life.  But the military-industrial complex has defined the narrative through fear mongering to convince people of a post-truth reality that their lives would be endangered if we cut defense spending.  In fact, the only reason they oppose these cuts, however, is that it would cut into their exorbitant corporate profits.

These are the real costs of living in a post-truth world, and the “liberal media” isn’t doing anything about it.  It may be true (and I suspect it is) that most on-air personalities and behind-the-scenes content generators in the media do have a liberal bias.  Liberalism often accompanies education, and most people in the media are well-educated.  Even so, the bosses and shareholders benefit from post-truth broadcasting, and bosses and shareholders always win in the end.

So, enough of the “liberal media” and post-truth rabbit trail – let’s move on to what I’m really here to talk about: that bubble that I’ve been chastised for living in.

It is true that I live in a liberal enclave in the Northeast.  It is true that I am highly educated and have a decent job (though I’m not wealthy by any American standard).  All of this makes me a part of the so-called “coastal elite”.

But, when I say that I can’t believe that American would actually elect Donald Trump to be the President of the United States after the campaign of hate and division that he ran, that doesn’t mean that I’m a part of some bubble that I should get out of so that I can better relate to the “red states”.  I am educated.  I am a Southerner by birth.  I travel to and through those “red states” multiple times each year.  I have friends and family members who not only live in “red states” but who thrillingly embrace the post-truth reality.

I understand their lives a lot more than they understand mine.  I can’t tell you how many times over the past two weeks I’ve heard my post-truth compatriots exclaim, “I just don’t understand why those people are so afraid!”  (Take a look at my previous post on this blog for some insight into that.)  When I’ve tried to explain it to them, or to explain why I’m angry that they voted for Donald Trump, I get talked down to, delivered phony rationalizations, and