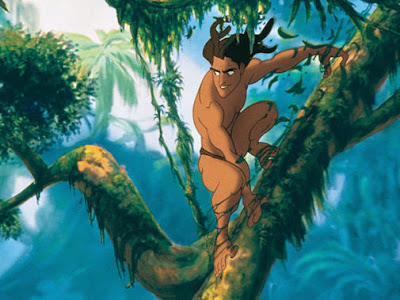 In the name of God: whom we seek, see, and struggle to find.  Amen.

My least favorite day of the year is the annual return to Daylight Savings Time, when we lose an entire hour of our lives in the middle of the night, as if we might not miss it there.  Well, I can assure you, even without having studied its origins, this annual social ritual was not invented by Christian clergy.  If it was, we wouldn’t have put it on Saturday night.

Like a lot of us, it takes me longer than it should to recover each year.  And, as much as I leave here exhausted each Sunday – I try to leave it all on the field – last Sunday was harder than most.  When Michael and I went home, he went straight to work in some other part of the house – I admit, I don’t really know what he was doing – and I went straight to the couch to build a nest of pillows and to lie down!  I looked for something on TV that I could watch, but not mind having fallen asleep in the middle of it.  Somewhere in the midst of the on-demand offerings, I found Tarzan – the animated, Disney version.  It seemed like the perfect solution: it was entertaining enough for when I was awake, but light and familiar enough for me not to feel like I’d missed something important if I fell asleep.

Little did I know that that silly little cartoon would stick with me, all week.

There was a scene shortly after Jane first arrived on the island.  She’d met Tarzan for the first time and was enthusiastically sharing the tale of all that she’d seen with her father and the man who accompanied them as a kind of security escort – how she’d met a man who behaved more like a gorilla than a man; how he’d been raised by gorillas and didn’t even know how to speak to her.  Her father and the other man clearly didn’t believe her.  Though the movie was released before the term “mansplaining” came into popular use, they were clearly “mansplaining” her experience to her.  She didn’t see what she said she saw.  Her imagination had run wild.  They couldn’t hear her experience, because they were too blinded by their own.

But their blindness didn’t stop there.  As she was trying to convince them, Tarzan came in, hanging down from a vine behind them.  Even when they thought they heard something, he was too wily, and could slip back up into the trees before they could catch him.

I thought of that this week, because the stories we hear of Jesus are all about broadening our expectations and abilities.

“A voice came from heaven...” we’re told.  It said, “I have glorified my name, and I will glorify it again.”  “The crowd standing there said that it was thunder.”  Others said it was an angel.  The voice of God came in the presence of these people who so desperately wanted to know God, but they couldn’t hear it.  They were so used to hearing and seeing the things of the world, that they couldn’t hear and see what was right in front of them.  They were blinded by their expectations.

How many times do we fall into that same trap?  How many times do we fall into the habits of our days – the same steps we take, over and over, and become blinded to the world right around us?  How many times do we fail to see the glory of God, right here in our midst?  In the person next to us, who is aching in lonliness…  In our brothers and sisters in Christ who are struggling and reaching out to this community for support…  In the people we pass blindly each day, out in the world, not recognizing that they are beloved children of God, with gifts, and skills, and desires, and dreams… and elements of the divine that we can hardly even imagine…

I know I’m guilty of it.  I fall into my routines, and run late for meetings, and just want to get through the line in the grocery store, and can’t wait to get home and take off my shoes, and see my family, and all the rest.  We all do it.  I’m no better.

But Christ is calling us to see the world differently – to come out of our expectations and to see the glory of God that is all around us, and even all within us.

There’s a line, earlier in the Gospel, that’s always made me a little uncomfortable.  It says, “Those who love their life lose it, and those who hate their life in this world will keep it for eternal life.”  Well, I don’t hate my life, but I do hate that line.  It seems like the antithesis of what I know to be true about God.  I can’t imagine that God is calling us to hate life.

But this week I began to hear it in a new way.  What if, instead of being punished for loving life and rewarded for hating life, what if we heard it like this: those of us who focus only on this life, find that it comes up short – that it isn’t quite enough.  But those of us who focus instead on the promises of God, find that there’s so much more in store – that joy keeps spilling over beyond what we could have imagined before.

In other words – rip off the blinders.  See something more.  Because God has more in store for us and for all the world than we typically allow ourselves to see.

I know I’ve only been here a few weeks, and I’m already repeating myself, but the Easter message that is coming is that the life-giving, creative nature of God can’t be contained.  It’s about to just bust out – even from the tomb.

But if we’re not careful, we could just miss it.  Not because God wasn’t strong enough to show us, but because we were too distracted to see it.