The one that stood apart 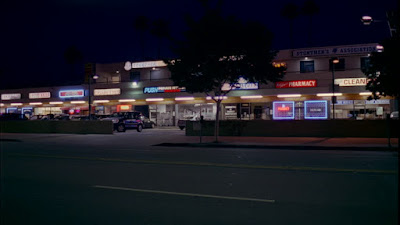 A few weeks ago, Michael and I were driving back home after an evening in Brooklyn, seeing a show that some friends of ours were a part of.  It was late, and the roads were mostly clear, so with Michael driving, I was able take notice of our surroundings a bit more than is usually the case.

As we passed that section of strip malls near Paramus - where everything sort of blends together into one blob of suburban sameness - the sign on one store grabbed my attention.  It was one of those plastic, temporary signs, clumsily hung over a more permanent, more professional looking sign.  It announced this store’s Grand Opening.

I thought of that sign - the one that stood apart - in the context of our lessons and liturgy today.

Today - Palm Sunday - is kind of like an abridged version of all of Holy Week.  We started our liturgy remembering Jesus’ triumphant entry into Jerusalem.  He was welcomed like a celebrity - people crowded around to see him come by, and they showered him with adulations and praise.  They threw their cloaks on the ground, along with branches of nearby trees, so that not even the beast carrying him would be sullied by mere earth.

But somewhere the mood shifted.  By the time the week was over, he was hanging on a tree, with those same kinds of crowds humiliating him and jeering at him.  The king became the criminal.  The celebrated one, the crucified one.  Something seemed to have gone horribly wrong.

Today, in the midst of our own lives of struggle, our intimate awareness of our own shortcomings and failures - it can be helpful to remember the story of today: the story of the Passion.  These stories represent a turning point in the birth of our faith.  It was that moment of what seemed like such failure - the way Jesus failed to be the Messiah people had imagined - the way he failed to live up to their expectations, the way that even his body eventually failed, that body that had been the vehicle of miracles - all of that failure turned out to be the moment where everything began to change.

In our own lives we all fail a lot.  We fail to truly live in to our callings from God.  We fail to care enough for the people around us.  We fail at big things and small things all the time.  And, each time, we probably fear that that’s the end.  That those failures will define us, and hem us in.  That we, ourselves, are “failures”.  But each time, life goes on.  Maybe differently, and maybe it takes a long time to get there, but it does go on.

As Jesus breathed his last, you have to imagine that the disciples couldn’t quite believe it.  How could this one, who had been so wise and powerful, suddenly seem so silent and submissive.  Had they spent the last few years of their lives - and their security, and their families, and everything that they knew and depended on for survival - just for this?  Is this what it all came down to?

But life went on.  For a few days, it probably seemed like it wouldn’t, but life went on as it never had before.  The tragedy of death gave way to the glory of life, and hope, and joy unlike any they could have imagined.

Like that one out of place sign - the one that looked not quite right - the only one that ended up mattering.  Just like that, the defeat, the failure, and the death that marred this week, would be the things that made this week matter so much.  The anomaly was the key.

When we’re lucky, our failures give way to increased wisdom, and a path to living life more abundantly.  Remember that as we take this journey together this week.  Remember that the pain and the suffering aren’t the end of the story.  Remember that even when bodies fail, as they all eventually do, life will, indeed, go on - and more abundantly, and with more meaning than we could have imagined.  We just have to give it time.