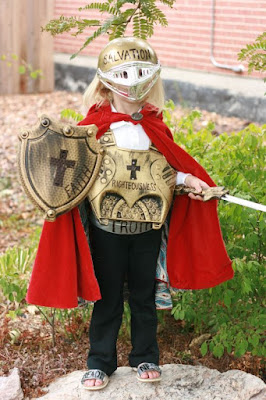 In the name of God, our creator; Christ, our example; and the Holy Spirit, our comfort and guide.  Amen.

One of the really fun things about being a member of the clergy is the kind of junk mail that you tend to get.  It literally started as soon as I was ordained.  The week after I became a priest, I started getting emails from a subscription service where I could just buy my sermons from an online retailer, rather than writing them week after week.  (I haven’t taken them up on that, just in case you’re wondering…)

But I’ve had a lot of clergy-related junk mail and spam through the years.  More often than you can probably imagine, I’ve received advertisements from lawyers saying that they specialize in “Christian divorce” and asking me to refer my parishioners.  And rectories, for some reason, tend to be a favorite stopping place for door-to-door Mormon missionaries and Jehovah’s Witnesses.

But my all-time favorite piece of clergy junk-mail is directly related to the Epistle reading for today.  Ephesians 6 tells us to “take up the whole armor of God”, and wouldn’t you know, there are vendors waiting to sell it to you for your children.  It’s a child’s costume that takes this scripture lesson about using the spiritual tools God has given us, and literalizes them.

The kit comes with everything you’d need: there’s a “belt of truth”, complete with adjustable Velcro closure; there’s a “breastplate of righteousness”; a “shield of faith” and a “helmet of salvation” with an action-packed movable visor; and a “Spirit-of-the-Word Sword” that describes itself as “the right size for little hands”.  I suppose “shoes for your feet” that would “make you ready to proclaim the gospel of peace” was a bit much for the toy manufacturers to handle, so they replaced it with “shin guards of peace.”  But I guess that’s close enough.  And it can all be yours for the low, low price of $24.99.

This is one of those texts that has been held onto and remembered by our evangelical brothers and sisters out there, I suppose, largely, because it does lend itself to that kind of literalization.  It’s something that one can really wrap one’s mind around.  But the real point of the text isn’t about the equipment we’re meant to be carrying – not even in their spiritual versions.  The real point is to begin to wrap our minds around remembering the earlier part of the text.

There are certainly, sometimes, “enemies of blood and flesh” – physical things that distract us from our higher calling.  But our faith calls us to think bigger than just that.  It calls us to think bigger than the personal troubles we face, and day-to-day annoyances of life in the world with other people.  Instead, we’re called to look at the bigger picture.  Struggles, injustices, and spiritual forces that require an entirely different set of tools than those of the world.  These tools are likened to those of the world – for the sake of comparison and reference, but the real tools we need are tools of the spirit.  The kinds of tools that take a life-well-lived to forge.  The kind of tools that we, ourselves, can’t forge on our own, but only with the assured support of the God of love who always has our back.

The spiritual world is a lot harder to wrap our minds around than the physical world.  Jesus’ followers found that through living the stories we’ve been reading these past several weeks.  When the 5,000 people were miraculously fed by the few loaves and fishes, it’s no wonder that hordes of people clamored about Jesus.  They could understand that.  They were hungry, but then, after he’d done his thing, they weren’t anymore.  Slowly, as the story unfolds, he begins to pull them from the physical reality they’d shared and experienced into a more spiritual understanding of it all.

Predictably, the people didn’t all want to come.  “This teaching is difficult…”, they said.  Even the disciples were complaining about it.  And John’s gospel says, “because of this, many of his disciples turned back, and no longer went about with him.”

Spiritual fulfillment, and the assurance of God’s protection and support can’t come in a package.  It can’t be sold or traded or marketed.  It can only be cultivated.  Practiced.  Lived, from day to day.

When the people became overwhelmed by the teachings of Jesus and started drifting away, Jesus asked the original twelve, “Do you also want to leave?”  Simon Peter said, “Lord, where else could we possibly go from here?”

That’s what the spiritual “armor of God” that Paul talks about really looks like.  It looks like deciding to follow Christ – deciding to stand up to the spiritual forces of systemic wickedness and social harm, because having learned all that you’ve learned, and experienced God in all the ways that you’ve experienced God, you can’t imagine anything else.  Not as a last resort, but with the awareness that it’s the only real option.

When I get clergy spam I’d be happy to pass it along to you, but I guarantee you that it will never give you any real tools for salvation.  No matter how much you decide to buy, it will never leave you spiritually fulfilled.  You can’t buy that.  You can only learn it through practice.  Through worship and prayer.  Through engagement with your community.  That’s how you actually put on the armor of God.  It takes a lifetime to unwrap it, and you have to keep trying it on, until it’s all there is.  Amen.