O God, who shakes the kingdoms of this world 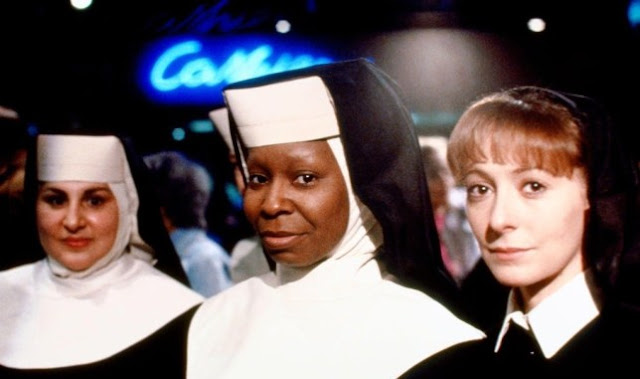 O God, who shakes the kingdoms of this world, give us assurance of your unshakable love.  Amen.

There aren’t many good things that come from being an Optimum/Cablevision subscriber.  But, since it’s the only game in town here in Kinnelon, and since it doesn’t help to complain, I might as well look for a silver lining.

Here lately, certain channels on our cable have been sporadically going out.  But the thing is, the whole cable isn’t out – just certain channels and just some of the time.  The other day HGTV was out.  But it wasn’t completely out.  About once every five minutes or so, a commercial would come through.  Clear as a bell.  Then, at the end of that commercial, the screen would be blank again for a while.  Until the next, random commercial.

But there is a silver lining…  However slim…  These bizarre, annoying, intermittent not-quite-outages have led us to some of the other channels that are offered, but that aren’t on our regular rota.  So occasionally, we catch something on TV that we would have likely missed if the system we were paying so much for every month actually did what we were told it would do.

This happened the other night, and it brought us to a television station that was broadcasting the movie Sister Act.  Michael and I have an unspoken understanding in our marriage that whenever flipping through the channels results in finding a broadcast of Sister Act, or “Golden Girls”, or a few other things, it is always in order to stop and watch.  No consulting with the other is required.  No discussion.  It’s always okay to end the search there.

So, as we were watching Sister Act, these readings for today came to mind – particularly that line from Paul’s letter to the Hebrews that tells them of the promise of a “kingdom that cannot be shaken”.  That line always strikes me – every three years when we hear this lesson – I’m stopped in my tracks right there.

It reminds me of sifting through the earth to look for fossils, or panning for gold.  When we’re looking for something of value, very often we have to shake away or wash away all that can be shaken or washed, to reveal the thing that can’t be shaken – the thing that made the effort worthwhile.

That’s what happens in Sister Act.  Delores van Cartier – a lounge singer from Reno – witnesses a murder perpetrated by organized crime.  When she goes to the police, they agree to put her under witness protection – and the detective has a brilliant plan – to hide her in a convent.

Of course Delores – who in the convent is known as Sister Mary Clarence – doesn’t just hide away.  She shakes things up.  And after shaking off all the dust that had gathered on this grand, old, failing parish, she reveals the thing of real value that remains – a faith that can still speak to the people, if only it could find their words.  And they do.  She shakes away the excess to reveal a piece of God’s reign under it all that cannot be shaken.

In the gospel today, we have more of the same.  A woman, bent over and heavy from the burden of her affliction, finds healing.  And I chose that word carefully.  Unlike other stories of Jesus healing and performing miracles, this woman didn’t come to him looking for it.  She was just there.  And Jesus gave her the healing she needed.  “He called her over…”, the gospel says.

In doing so, he was shaking the kingdoms of the world.  The religious leaders had imposed rules and structures.  They had done this with the best of intentions.  They wanted the people to know and abide by the word of God as it had been handed down to them.  But in the process, the rules came to be regarded as more important than the people they were meant to guide and support.

So Jesus shook things up.  He broke the rules, because the essence of God that cannot be shaken is found in God’s love, not in any religion’s rules.  Sometimes the rules have to be shaken off to reveal a pathway for love.  Sometimes we have to shake things up to get to the heart of the matter.

It seems that every week there are more horrifying news stories than any one of us can reasonably bear.  And the one that really moved me this week was learning about the fires in the Amazon rain forest.  And when I dug a little deeper, I learned that there are also fires out of control in the arctic.  Our planet’s air conditioners are burning, and our planet’s lungs are choked with smoke and collapsing.  And it’s only barely getting mentioned in the news.  They’d rather give us more endless hours of scandal, corruption, and intrigue among our political leaders.  The politics is certainly important, but it’s not all there is.

It’s time that we shake things up.  It’s been said that the only thing necessary for evil to flourish is for the good among us to do nothing – to sit and leave well-enough alone.  But when we follow in the tradition of Jesus, Paul, countless saints and martyrs, and even Delores van Cartier as Sister Mary Clarence, we are the good who refuse to do nothing.  We are the good who are willing to shake off whatever excess there is to get at the core of the love of God – that most unshakable thing.

Greed and privilege are powerful kingdoms in this world.  But they’re not unshakable.  The only thing that is unshakable is the love of God.  It can survive war, climate change, oppression, and anything else the powers of this world can throw at it.  The love of God endures.  Amen.
St. David's; Kinnelon