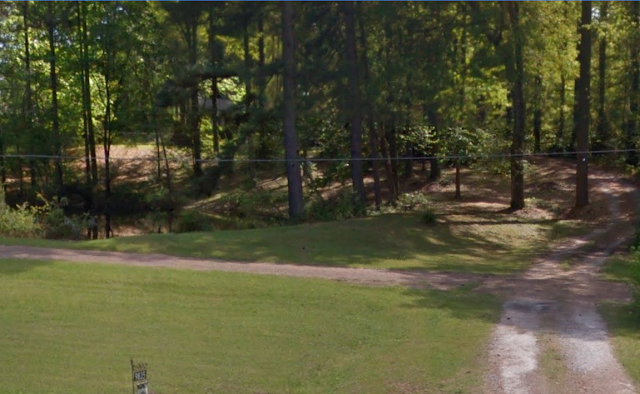 When I was growing up, my grandparents had a little pond in the front their house.  It probably measured out to around an acre in area, or maybe just a little less.  For us grandchildren, that pond was an endless source of amusement.  I even remember one winter where it got cold enough and I went out walking on the ice that had formed over the pond.  While that happens pretty regularly around here, that’s the kind of experience that sticks in the mind of a kid from the South for the rest of his life.

In the warmer months we’d hang out on the edge of the pond – there was a little worn spot in the grass that marked our usual landing pad.  In the mornings we’d accompany Papaw as he led the ducks out from the shed in the back of his house where he parked his tractor, and where there was a little room called his “office” that I never saw him use.  We’d lead the ducks around the house, and down the hill in front and deposit them for the day in the pond.  Then at dusk, they’d follow us back up the hill to settle in for the night – Papaws little French bulldog, Mac, shepherding us – both the ducks and the grandkids – all the while.

We’d sit at the water’s edge and feed the fish, and catch little baby frogs.  And of course, one of the highlights was sitting there with cousins and with Papaw “fishing”.  I put fishing in quotes, because I honestly don’t remember if we ever actually did catch anything.  We ran a pretty crude little operation – just a piece of fishing line tied to the end of a cane pole.  Sometimes we’d get fancy and pick up some crickets for bait, but as often as not, it was bits of leftover biscuits that Grandmother had made that morning.

But it occurs to me that while I remember the “fishing” but not the fish, it could be because that’s not actually what Papaw was fishing for when we had those days together by the pond.  It wasn’t about the pond, or the fish, or the ducks, or the dog – those were all a part of the tapestry that wove together a memorable and joy-filled time in my life.  But it was actually the joy and the memories that Papaw was fishing for.  It was the relationships that he built with his grandchildren.  In some ways, those times fishing together were really about fishing for people.  Everything else just helped to set the stage.

There’s a degree to which the Gospel lesson that we read today is sort of along the same theme as the one we read last week.  Last week we heard about Jesus hearing and affirming his call from God through his, admittedly odd, interaction with John the Baptist.  And so today, as Jesus begins calling his disciples in earnest, it feels like a natural continuation of the story.

But there’s a little nuance that gives this story of “calling” a different edge.  It is certainly about calling, but it’s also about evangelism – about spreading the Good News, spreading the call, about refusing to hoard the blessings we’ve found and sharing them with someone else.

Last week in our Vestry meeting we fell off topic for a bit and someone asked the question, “Exactly how do we get more members in the church?”  Well, if we’d gone down that rabbit hole we might still be in the meeting more than a week later.  It’s a topic that has been deeply discussed and debated in church circles for longer than probably anyone can imagine.  In fact, just this week, there was a major conference of the Episcopal Church happening in Atlanta, with thousands of attendees, and a lot of the workshops were focused on exactly that question.

While books have been written on the subject, and lectures given, and sermons preached, and prayers prayed, and round-table discussions held, and who knows what else… the answer really is pretty simple.  It’s not one we always like to hear, but it’s not really as complicated as we tend to make it.

Like all things in Christian life, the answers to the big questions are often found in replicating the ways of Jesus.  And today, the way we read about is pretty simple.  Churches tend to grow when they have something compelling to offer and they invite others into the journey with them.

Imagine what it would be like if you could really put words around what it is that brings you here each Sunday, and share that with the people in your life – with your friends and family and neighbors and everyone else.  What makes you decide to wake up on Sunday and come here, instead of watching the news or reading the paper or whatever else there is.  If it’s meaningful for you, chances are that it might be meaningful for someone else.

That’s what evangelism is.  It’s not making people feel guilty.  It’s not telling people they’re wrong and we’re right.  It’s not threatening anyone with hell-fire and damnation if they don’t get in line with us.  Evangelism is just sharing joy.  Sharing blessings.  And inviting them into the journey.

That’s evangelism.  And that’s the example that Christ set for us.  To fish for people.  Because it’s in the people – in the relationships we share with each other – where we get to know God most authentically.  Amen.
St. David's; Kinnelon