We already know the way 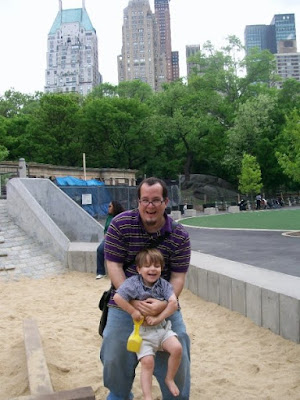 The year that I graduated from seminary, my brother brought his family up for the celebration.  They came a few days early so we could spend some time together.  Of course, one day, we went into the city.  My oldest nephew was not quite three years old at the time, and taking him into the city was an adventure.

My brother, understandably, wanted everything to be perfect.  This was his son’s first trip to New York City, and he wanted him to see it all!  Granted, we were only wandering around the city together for an afternoon, so “seeing it all” wasn’t happening, but that was his goal, nonetheless.  No first trip to New York City is complete without going to the top of the Empire State Building, so that was on the agenda.  Of course, that is the very definition of a tourist trap.  It’s one of those things you should probably do if you haven’t done it, but it’s a huge hassle.  The day we were going was a pretty day in the early summer, so the lines were outrageous.  My brother decided to spring for the “express” tickets to cut down on the waiting time, but even so it took a couple of hours….  With a not-quite-three-year-old.

Predictably, Brooks got fussy.  Standing around with nothing to do for so long is tough on anyone, but it’s nearly impossible for a toddler.  But we waited and waited.  We tried to keep him entertained.  We worked hard at fighting off the tears that came closer and closer with each passing minute.  But at last, we made it to the elevator.  We shot up to the 86th floor and stepped out to see the world.

Charles took Brooks’ hand and walked with him to the edge, overlooking Central Park.  He lifted the tired little boy up into his arms so that he could see everything.  With rapt expectation, my brother asked his son, “So, what do you think, Brooks?”

Through faint tears that had been fought off for far too long, my little nephew responded, “Daddy, I want to go to New York now.”

The idea of visiting New York had been built up so much for him, but this wasn’t what he had in mind.  He couldn’t recognize that the moment he’d been waiting for, for so long, had finally come.  It just didn’t match his expectations.

That’s not too far off from the story that we hear today about the disciples talking with Jesus.  He’s trying to teach them, and to help them to see the way to a deeper relationship with God.  He even says, in a pretty uncharacteristically straightforward way, “I am the way, and the truth, and the life.  No one comes to the Father except through me.  If you know me, you will know my Father also.  From now on you do know him and have seen him.”

But Philip’s response to that is: okay, but let us see God!  You can almost hear Jesus’ hand slapping his face in an exasperated “face palm”.  They still didn’t get it.  They’d seen so much for so long.  They’d seen EXACTLY what they were looking for.  And still, they didn’t recognize it.

Very often that’s what our Christian lives and vocations look like.  We’re feeling around in front of us, trying to find the way, even though we already know the way.  We just don’t know that we know it – because it doesn’t look like we’d expect.

The paradox we face right now is that while we don’t really know what we’re doing – how to be the church in this new age – we also do know the way.  The way, as it keeps being revealed, doesn’t really look like we’d been expecting it to look – but it is the way we know, nonetheless.

Over the next several months, we don’t know what the future holds for the church.  At some point we will probably get back to some way of being able to worship together in the same room again, but it also may not be permanent, even when it does happen.  We may find ourselves drifting in and out of these periods of quarantine in one way or another for a while – at least until there is some medical advancement that makes it safer for us to gather again in the same room.

And when we are back together, we’ll probably be different.  There may be ways that we have to change what we do and how we behave in worship.  It probably won’t be just a return to the normal that we knew a few months ago.  And, if nothing else, we will have been changed by this experience.  So the way forward will look different than we might have imagined it.  There will be things about our prior experience that we’ll be eager to return to, and things about this experience that we’ve found that we appreciate – and we’ll want to hold on to them.

Living into so much uncertainty can be stressful.  It can feel like we’re wandering without direction – particularly since we can’t possibly imagine what new “normal” might emerge.

But just as the disciples knew the way, even though they couldn’t recognize it, we, too, know the way we’ll be facing.  We may not (and almost certainly can’t) know and recognize all the details, but we do know the way.  We know it, because we’ve been down this road.

When this all started, we had just about 48 hours to reimagine how to “do” church together.  It was a herculean undertaking, but we did it.  We figured out the technical things we needed to do to keep the most essential elements of this church running in the most efficient way possible.  And slowly, over time, we fine-tuned the process.  We identified things we were missing and fixed them.  And then we turned our attention to trying to focus ourselves on being the church that God is calling us to be.  And while we haven’t perfected any of it, we figured out a lot.

We remembered that we have to be more intentional about reaching out to each other.  The goal was set that everyone in this parish would reach out to some other member of the parish once every day.  And I’m sure we all haven’t done that perfectly, I know a lot of us have been doing it, at least most of the time.  We figured out ways to continue our commitment to outreach ministries.  We continued distributing funds for food pantries and for North Porch.  We found a new way for providing a meal for the men at St. Paul’s shelter.  We even figured out how to do coffee hour.

The future is unknown, but we know the way.  We knew it before all of this started, even though we didn’t know that we knew it.  Now we know.  Now we know that we can face whatever comes our way.  We know, because we’ve already done it.  It just comes down to trying our best to follow Jesus, even when circumstances keep changing.  The circumstance that hasn’t changed is that the people God has called us to serve still need to know and experience the love of God as much as ever before.  And we’re still called to share it.

After my family and I left the Empire State Building those years ago, we figured out that the real magic of New York City for my nephew wasn’t in the tall buildings and the tourist traps.  It was in riding the subways.  It was in playing on swings and jungle gyms in Central Park.  Most importantly, it was in the time we spent together and the love we shared.

The way wasn’t what my brother, nor what any of us expected.  But we did know the way.  Once we set aside our expectations and preconceived notions, we were able to find it together.

We’re doing the same in the church.  The path is unknown, but we know the way.  We’ve proven it before, and we will again.  Amen.
St. David's; Kinnelon