The grief is real 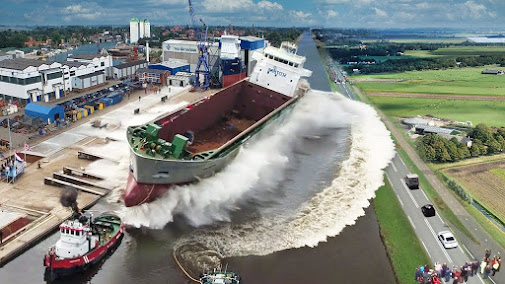 Today we remember the death of Jesus.

Of course we know the rest of the story – we’ve heard it more times than we can count.  But it would be unwise to skip today – to skip the death.  We know that Resurrection is coming.  We know that Easter is around the corner.  We know there will be singing and bells and shouts of praise.  So it would be easy for us to say that the death doesn’t matter.

But, of course, the death does matter.  The death matters because it was very real.  The pain and suffering were real.  The grief of those who loved him was real.  And, the death matters because it ties us to Christ: Christ who suffered can identify with our suffering; Christ who was in pain can identify with our own hurt; Christ who died knows the fate we all share, and shows us the way.  And it matters, because it ties us to those first followers: we know what it means to mourn; we know what it means to grieve; we know what it means to live in fear of a future that is as yet unknown.  And they knew it, too.  But, even so, the faith lived on through their generation, and through all the generations since then that have hurt and suffered and labored and worried.  The faith will follow us, too.  Death is real, but nothing can kill that.

Through this past year, we’ve learned a lot about grief.  Of course, many people – too many to number – have grieved the deaths of loved ones.  But even more, everyone has grieved some aspect of the loss of a lifestyle.  Things we’ve come to rely on – things as basic and predictable and the ability to worship with our friends on Sunday mornings – have suddenly been shown to have been much more fragile than we ever could have imagined.  And that’s the real grief we’ve borne this year: the loss of our sense of security and stability.

The message of Easter is that grief is never the end of the story – that God who speaks life keeps speaking life no matter what.  But we’re not there yet.  Because the message of Good Friday is that grief is real.  We all know it, but we also almost all try to deny it.  We try to put on brave faces.  We try to move forward as if everything is okay, when it most assuredly is not.

Good Friday invites us to live in the grief for a moment.  To feel it.  To honor it.

Earlier this week I saw a video compilation of newly-built cargo ships being launched into the water.  The lumbering, clumsy vessels would slowly begin to crawl down the slope toward the water.  Gradually they would pick up speed, before toppling into the water on the verge of destruction.  The ship would splash and bob, displacing huge waves of water before finally righting itself.

As much as the system was the result of planning and the outcome was entirely expected and predictable, as each boat fell, I always felt myself quickly holding my breath to see if the ship would survive – if it would, indeed, right itself in time.

Each time it did, but it wasn’t always without casualties.  A few times, people a little too near the launch site on the shores would get smacked by the water rushing away from the ship in waves.  Once, a small tug boat that was near the ship to help move it after the launch got a little too close.  As the water splashed and rushed, it overtook the little boat, causing it to sink.

Grief is like that.  There’s a degree to which it is somewhat predictable.  Its waves will eventually calm, and in time, balance will be restored.  But that doesn’t mean it’s not without its own dangers.  If it’s not respected, there can be casualties – be they minor or catastrophic.

So don’t just jump into Easter.  Don’t jump past all the things we’ve grieved this year.  Live into today.  Respect the grief.  Respect the pain.  Just because it’s not the end of the story doesn’t mean it’s not real.  And it will right itself.  But we have to give it time.  Give it time.