Show us the way to represent Christ 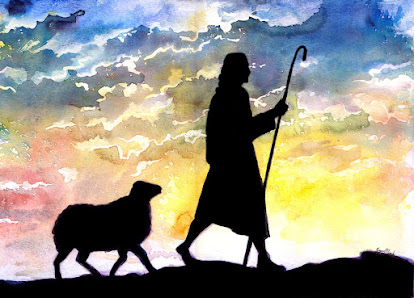 In the name of Christ, our shepherd, who shows us the way.  Amen.

Perhaps, like me, you’ve been shocked in recent years about the way the word “Christian” has been used in popular culture.  If a person claims to be a Christian, it’s probably not my place to decide if they’re telling the truth or not – at least not to split hairs about differences in belief, and that sort of thing; but, if they start doing things in the name of Christianity, I begin to take more of an interest.  If they become recognized as the “voice of Christianity” as a whole, I’m very interested.

Most recently, this week, this came up when I read a New York Times article.  It was about a Norfolk, VA police officer who was fired after he had been found to have donated to a fund in support of Kyle Rittenhouse.  Rittenhouse, you may remember, is the teenager who was transported by his mother across state lines back in August so that he could “police” protests that were happening in Kenosha, Wisconsin.  Armed with an assault rifle, Rittenhouse engaged in several conflicts that night and shot three people, killing two of them.

Bizarrely, the New York Times talked about this website where the officer had made his donation and expressed his support as a website run by a “Christian” group.  Now, I don’t know what else the group is involved in, so I can’t claim to speak to them on the whole.  In fact, I don’t even know who they are.  But what I can’t wrap my mind around is how raising funds to give aid, comfort, and support to a murderer could fall under the heading of “Christian” activities.  By my estimation, that’s pretty much the antithesis of what it means to be a Christian.  There aren’t a whole lot of hard and fast rules that aren’t at least open to interpretation in the Bible, but a prohibition against murder seems to be universally accepted.

The gospel talks about shepherds – indeed, this day in the church cycle is often referred to as “Good Shepherd Sunday”.  But the shepherds aren’t really the point.  The metaphor of the shepherd is likely lost on most of us, but the message is still important.  The shepherd leads the sheep – shows them the way, but he does it in the midst of those he’s leading.  Not just in some high and lofty place, and not just by commands and edicts, but by being in the midst of them and walking with them – walking before them.

And the shepherd will lay down his life for the sheep.  I’ll admit, that this is sort of problematic language for me – it’s just not a theological concept that has ever been particularly meaningful to me.  I don’t tend to think of Jesus in terms of the one who “paid the price for my sin with his death”.  What tends to resonate more for me is the idea of Jesus as the teacher who guides me on a better path; the one who helps me to know and understand God more deeply than I could on my own.  But Jesus didn’t just give his death for us, he did also, really give his life for us.  He dedicated his life – every fiber of his being – to reconciling humanity and God; to showing us the bridge, the connection, that was already there, but that we struggled to see.

A shepherd does that, too.  The shepherd will sacrifice his life for the sheep in his care, but even more so, he will dedicate his life to their care while they’re in his care.

Those are the kinds of “truths and actions” that signify a life in Christ.  It’s about more than the words we say, but the lives that we live.

The main reason most people give for stopping their active participation in churches or never starting any participation in a church in the first place, is their belief that the people in churches are hypocritical.  In other words – that even if we’re good at words and speech, we’re not always as good at truths and actions.

In fairness, there’s a degree to which they’re right, and always will be right.  Our words will always rise above our truth and action.  Because, while we worship God our creator, and while we strive to pattern our lives after that aspect of God that came into the world in the person of Jesus, and while we strive more, still, to listen to that aspect of God that is still speaking in the world through the gift of the Holy Spirit – even so, we are not, ourselves, gods.  We will always fall short of our ideals.  The point is never perfection, but betterment.  The striving is the point; more than the achieving could ever be.

All that being true, we still should strive to love not just in our words or speeches, but even more so in our actions – in the ways that we live.  And living as a Christian takes more than saying we’re Christian.  It means dedicating our lives the way Jesus, our own shepherd, did.  That doesn’t necessarily mean dying for others, but it does always mean living for others.

We won’t do it perfectly.  We will fall short and sometimes we’ll even fail.  But knowing that that’s true is no excuse for not trying at all.  We have to practice living for others here in this community of St. David’s, and in all the communities that we inhabit.  We have to stand out as examples of the kinds of Christians who wouldn’t make people ashamed to be associated with us; the kinds of Christians who couldn’t be tagged as “hypocrites” – the way so many out in the world assume we are.

It’s a lofty goal.  It’s takes a lifetime to practice it.  But, following our shepherd, Jesus, we’ll be on the right track.  Amen.