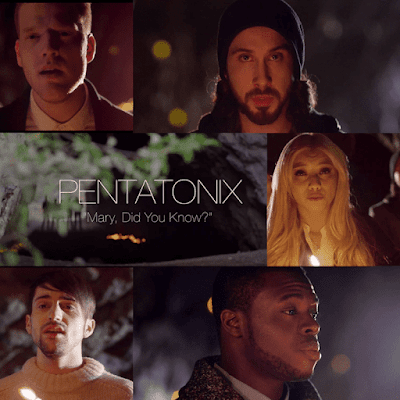 In the name Christ, who is being revealed.  Amen.

I don’t know if you’re aware, but in recent years, a new forum for debating and discussing issues of theological significance has emerged.  While these subjects have historically been reserved for the academies, and those with advanced training – now theological, ecclesiological, and spiritual debate is available to everyone.

Anyone can engage in this new means of encountering the intelligentsia who help us to understand and encounter the divine.  All you need to do is log on to this website I’m about to tell you about.  Are you ready?  It’s www.facebook.com.  There, everyone you meet is an expert!

It is true, however, that this forum does operate in a different way than previous ones did.  While it used to be assumed that those engaged in these debates would have engaged in extensive study and deep prayer, now the only real qualification to participate is “snark”.  Snark is that unique form of communication that marries wit and meanness.  It’s always existed, but forums like Facebook have really elevated it to an art form.  And, while snark is often entertaining, and can be very effective at shutting down an argument, it isn’t particularly effective at advancing the conversation.

For the past few weeks, this story that we read today, about the meeting between Mary and Elizabeth, has been the subject of much debate, and indeed, much snark in my newsfeed.  Particularly, clergy colleagues and deeply immersed laity that I know have been responding to the Christmas tune that’s particularly popular in Evangelical circles, “Mary Did You Know?”.

The snark around this song references the biblical account of Mary meeting the angel who came to her by night and offered the news that she was being invited to bear the Son of God into the world.  And, they point to the gospel reading today as evidence that she knew.  They imply that it’s some form of heresy to ask these questions – of course she had to have known!

The thing is, whenever these Facebook debates happen in church circles, I almost never care at all.  I tend to think they’re sort of unimportant and fussy.  But it did, at least, spur me to think in the context of this reading today about Mary meeting Elizabeth.

There is probably no advent that humans experience more significant or more all-encompassing than the advent of the birth of a child.  Expectant parents and their communities of support plan for months: acquiring supplies, reordering the home, getting clothes, planning for care…  The season of preparation for the birth of a child is busy.  But it’s also a season of spiritual and emotional preparation: imagining what your life will be like, fear, anticipation, anxiety, joy…  How much more complex must it all be if you are about to give birth to John the Baptist and Jesus?

As I’ve said these past weeks, the readings during this season guide us through the process of preparing ourselves to meet Christ in new ways.  Today we learn from the example of two who were among the first to know this Advent, and probably two who knew it more intimately than any of us ever could.

It is probably true that Mary’s expectations for Jesus were set by her visit from the angel.  And those expectations were likely confirmed when she became pregnant.  But one of the realities of Christian experience is this: no matter how profound our spiritual experiences may be, the way we go about confirming them is in community.  It happens in ordinations – the people must consent, and in the lead-up to that, there is process through which the people can discern with the candidate whether or not they should.  It happens in baptisms – it’s not just about saying words and pouring water over a baby.  It’s also about confirming the parents’ and godparents’ intentions, and getting a commitment from the community to share in the responsibility.  Even in weddings we ask if there are objections, and specifically ask the congregation to support the couple in their new life together.  Christian commitment is never an individual undertaking.

Christianity happens in community, and it has from the very beginning.  It’s no wonder that Mary was driven, even amidst the vulnerability of pregnancy, to travel to see her cousin.  She needed a community.  She needed its affirmation.  And the pool to draw from was decidedly small.

Maybe she did, or maybe she didn’t “know” the specifics of what would happen with Jesus, the way it’s talked about in the song.  I don’t think that’s really the point.  The bigger points that we can learn from Mary and Elizabeth about Advent are these: in looking for Christ, discern in your heart.  Listen for the will and clarity of God.  When you think you have it, don’t stop.  Check your discernment with your community.  Test it.  And finally, after you’ve listened and tested, dare to dream of a better world.

That’s what the Magnificat is about – it’s Mary’s recognition that her experience, confirmed by her community, brings hope for a world where it was lacking.  When we encounter God, we can expect the world to change and be upended.

I don’t really care about the song, one way or another.  And I think the debates around it are pretty silly.  It’s one of those things where, if this is the ditch we’re willing to die in, it makes us look petty and out of touch.  But at least it’s spurred conversation.  And I guess that is really part of the point of Advent.  It’s certainly about our own experiences and thinking and preparation.  But it’s also about how we work together.  And, it’s about dreaming together about a new and better world that is waiting to be born.  Amen.